Why TV Addiction Links to Liberalism 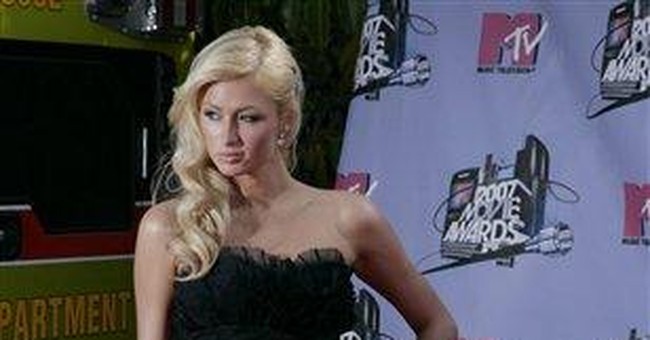 Does heavy TV viewing push people toward more liberal opinions? Or is it the impact of pre-existing leftist attitudes that lead viewers to invest more of their lives on television?

Analysts may argue about causation, but there’s no real doubt about correlation: an important new study from the Culture and Media Institute shows that those who describe themselves as “heavy” TV viewers embrace distinctly liberal attitudes on a range of crucial issues, placing them well to the left of those who report “light” TV viewing.

The study, conducted by the respected polling firm Fabrizio, McLaughlin & Associates in December, 2006, drew responses from more than 2000 Americans aged 18 and above. This investigation classified “heavy” TV viewers as those who devoted four hours (or more) per evening to watching the tube – and found 25% of the public fit that description. “Light” TV viewers (22.5% of the sample) were those who watched one hour per night or less. In other words, the self-described “heavy” viewers consumed, on average, more than four times the amount of nightly television as the self-consciously “light” viewers.

These starkly contrasting TV habits linked directly to dramatic differences in the two groups in terms of both attitudes and actions.

For instance, heavy TV viewers proved far more likely to agree with the statement “the government needs to get bigger” than were light viewers (26% to 12%). They were also more likely to endorse the idea that “government should be responsible for providing retirement benefits for everyone” (64% to 43%), much more likely to declare themselves “pro choice” on abortion (57% to 43%), more likely to back “a government run health system” (63% to 43%), and much less likely to attend church “at least weekly” (28% to 47%).

In fact, a range of significant real world behaviors connect in striking manner to the amount of television we consume. For instance, among those who commit four hours a night (or more) to the idiot box, a stunning 56% say they never volunteer time to “causes and charities”; only 27% of light viewers (one hour a night or less) make the same statement. When it comes to writing checks, there’s a similar disparity: 24% of heavy viewers give no charity at all, but only 11% of light TV viewers shun their charitable responsibilities.

Brian Fitzpatrick of the Culture and Media Institute, who helped direct the study and reported on its findings, made no formal attempt to explain the association between liberal attitudes and deep immersion in televised entertainment and information. At the study’s Washington, D.C. unveiling on June 6th, however, I delivered the keynote address and offered three possible explanations for the connection between leftist perspective and TV addiction (anyone who watches more than four hours every night almost certainly deserves the designation “addict”).

First, and most obviously, the heavy television watcher gives so much attention to the tube (a minimum of 28 hours per week, remember) that hell find scant time to spare for real-world relationships. Any individual who commits the bulk of his waking, non-working hours to his TV set will find it difficult to take part in the “little platoons of society” (family and neighborhood associations) that Edmund Burke cites as essential to liberty and conservatism.

A heavy TV viewer inevitably short-changes his communal and intimate relationships in favor of his engagement with the phantom characters on the tube. On the one hand, lonely people with few meaningful personal relationships will turn to the TV set to fill the empty spaces in their lives; on the other hand, TV addicts will end up harming the meaningful friendship and family connections that make life worth living.

Either way, the isolation associated with hours and hours in front of the tube leads to liberal values and viewpoints. In every election, single people prove vastly more likely to vote for Democrats than do married people: Republican Presidential candidates have won majorities of married voters even in elections where Democrats proved victorious overall (as with Bob Dole’s ill-starred race in 1996).

People who see themselves as alone in the world, with no network of spouses or fellow congregants, frequently turn to government as a source of support and comfort—just as they’d turn to television as a source of phony companionship. It makes sense that loneliness and helplessness and disconnection would breed both liberalism and heavy TV viewing; just as a vibrant family life, and communal participation, would produce less television and more conservative self-reliance.

Television news and televised entertainment both contribute to a sense that we live in a dark, dysfunctional, alarming world – and that perception reinforces the core concepts of liberalism. The left depends on a gloomy vision of the present and future – how else could its adherents demand sweeping, ambitious government initiatives to redistribute wealth, stop global warming, rescue the poor, repeal racism and homophobia, restructure health care, and so forth?.

By the same token, television demands constant reminders of bad news and conflict. News broadcasts (“If it bleeds, it leads”) rely on violence, crime, natural disasters, scary prospects, horrifying epidemics, economic setbacks, and ecological terrors. Reassuring realities – about the steady progress for rich and poor alike, in every corner of the globe – never make it to TV reports, nor do wholesome, ordinary, functional families command much attention in media entertainments.

The great TV critic Leo Tolstoy began “Anna Karenina” with the wise, unforgettable declaration: “All happy families are the same, but unhappy families are different in dramatic and compelling ways.” In other words, novels and sitcoms, movies and reality shows, seldom focus on normal, productive, stable, loving family units where the members obey the law, love their country and pay their taxes. Instead, the 28 hours a week (minimum) viewed by heavy TV watchers amounts to 28 hours a week of weirdness.

Wholesome stories (in the dated style of “Leave it Beaver” or “Father Knows Best”) have gone out of fashion not because they don’t exist anymore (most of us actually live such stories) but because the desperate competition for viewer attention (among literally hundreds of cable channels, video games, DVD’s, and networks) promotes a bias for the bizarre. This in turn connects to a sense that the world’s gone mad, and requires some sort of radical (usually leftist governmental initiative to avert looming apocalypse.

In this sense, it’s perhaps unsurprising that the only major issue in which heavy TV watchers take a more conservative viewpoint than light-viewing counterparts is immigration. Fully 66% of heavy TV viewers agree with the statement that America “should cut back or stop all immigration from other countries”; among light viewers, only 50% concur. Given the hysterical nature of much televised coverage of the suddenly diagnosed “immigration crisis”(anyone seen Lou Dobbs lately?), it should come as no shock that those who rely most heavily on television for their notions of reality would be the same folks who feel most prepared to demand radical measures on this issue.

By its very nature, TV (like all other visual media) relies on image rather than ideas, superficiality rather than substance. Television connects and communicates by stirring the emotions, not by offering profound thoughts or probing analysis. Immediacy represents the medium’s principal virtue: TV broadcasts can put you “right there,” experiencing dramatic events in the very moments that they unfold, but they never do well at giving a sense of context or continuity.

With Hurricane Katrina, for instance, televised reports offered a powerful sense of devastation and suffering, while suggesting that President Bush in some way caused every imaginable misfortune. The riveting coverage, however, could hardly convey the truth that the long-term Democratic establishment in New Orleans and Baton Rouge actually bore primary responsibility for the lack of adequate emergency preparations, and hardly addressed the Big Easy’s pre-hurricane status as the most impoverished city in the country.

The television emphasis on immediacy and impatience (when people get bored they quickly change the channel) feeds the nation’s most destructive epidemic: the dreaded “Do Something Disease”: the conviction that every problem demands immediate activism in order to make us feel better, regardless of whether the gestures in question actually provide a long-term improvement in the situation.

Liberalism cherishes such meaningless feel-good notions. The Democrats feel outraged at the rise in gas prices, so they demand a satisfying and vindictive “wind-fall profits tax” on the greedy oil companies—never mind the fact that raising taxes on an industry always makes the prices of its product go up, not down. The nation feels disgusted and outraged at the brutal death of Matthew Shepard, so the liberals demand new “hate crimes” legislation – regardless of the reality that it’s already against the law to rob any victim (gay or straight) and to beat him to death, and that the gay student’s two killers are already serving two consecutive life sentences (each) for his murder.

Liberal hero Lyndon Johnson looks at the pain of destitution in the United States and launches his vaunted, costly “War on Poverty” – but as President Reagan ultimately observed, “We had a War on Poverty, and Poverty won.” Five Trillion dollars in social spending attempted to redeem the status of the nation’s poor but by most measures, the many well-intentioned programs only made the situation worse. Nevertheless, leftists defend the failed efforts at amelioration (just as they apologize for failed socialist experiments around the globe) because the do-gooders made us all feel better about attempting to address the suffering of the wretched of the earth – regardless of disastrous outcomes.

Like the tacky ending of a supposedly uplifting TV show, liberal programs emphasize feelings more than consequences, good intentions more than good results. No wonder that those who make TV the major factor in their lives feel most comfortable with leftist efforts to remake the world; and no wonder that those who embrace liberal values, find encouragement and sustenance in the shallow, manipulative, context-free world of televised news and entertainment.

In describing the common ground between the TV medium and the liberal world-view, I haven’t once cited the long-standing (and highly credible) charges of leftist media bias. The provocative new study from the Culture and Media Institute doesn’t examine what the respondents choose to watch, but rather measures the overall extent of their TV viewing, regardless of content. Perhaps some of the heavy viewers spend all four hours per night riveted by The History Channel, or Discovery, or PBS (fat chance).

For the purposes of this study, and for my analysis, it doesn’t matter how tasteful or admirable the viewing selections: four hours (or more) per night will bring the same doleful impact—leading to more isolation and less durable and significant real world relationships, a more dire perspective on the world around us along with a corresponding sense of desperation and powerlessness, and a superficial, impatient, emotional emphasis on immediacy and feeling, rather than context and consequence.

In other words, the problem with heavy television viewing isn’t the low quality of what we watch (though God knows the quality is low) but rather the high quantity. That means that the most important response to the study at hand (especially for those who want to raise their children free of the taint of liberal pathologies) isn’t to push for supply side solutions from mass media, but to deploy demand solutions for every American family.

We may remain unable to impact what the TV industry makes, but we can certainly change what each of us takes – and resolve to count ourselves among the connected, clear thinking light viewers, rather than the addled, lonely, and dysfunctional heavy consumers of the pop culture’s principal form of mindless and misleading diversion.