An open letter to a worried patriot: Why you needn't lose sleep over a "North American Union" 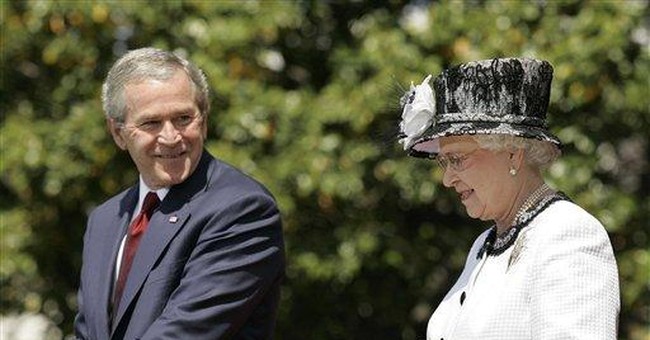 Over the last few weeks, I’ve received several letters, e-mails and even phone messages from listeners to my radio show who feel desperately worried or bitterly offended because I dismiss their fears that the Bush administrations and “corporate America” have devised a secret plan to destroy our national independence by merging the United States, Mexico and Canada into a “North American Union.” This dreaded outcome would feature the end of the Yankee dollar as we know it and the substitution of a worthless new currency called “The Amero.” (a Western Hemisphere counterpart to the Euro, obviously). I wrote back directly to one patriotic Navy veteran who shares these concerns and who lives in the Seattle area, as I do, in order to put his agitated mind at ease. I reproduce my letter below, in the belief that it might also help others come to terms with the exploitative scam by which agitators, fundraisers and a few sincere paranoids have tried to frighten people over a fictitious scheme that’s never been a serious consideration for our government or politicians.

Thanks for your letter and I’m grateful that you care enough about my work to take the time to write to me. I also regret that you felt personally insulted when I used my radio platform to deride and mock the demagogues who are trying to frighten gullible people about the innocuous Security and Prosperity Partnership and the non-existent plans for a “North American Union.”

You felt that I insulted you “for strongly opposing the ludicrous ‘Security and Prosperity partnership/North American Union’ proposition being drafted.” No, I wasn’t insulting you for opposing any such scheme. All patriotic people would- and should -oppose any attempt to merge the U.S. with Mexico and Canada, and to terminate our national sovereignty. My scorn wasn’t aimed at opposition to such plans, but rather focused on those shameless scare-mongers who’ve tried to advance their own pathetic careers by getting you to believe that such plots even exist.

Doesn’t it tell you something that every time anyone in the administration or Congress is asked about the notion of a “North American Union” he denounces and rejects and ridicules the idea?

The demagogues and charlatans who promote this nonsense focus on Professor Robert Pastor of American University as the “Father of the North American Union.” But even Professor Pastor (who’s a liberal Democrat who advised Kerry and bears no connection whatever to President Bush) denied (to Jerome Corsi) that he believes that a “North American Union” is a good idea!

If you can find one official in any federal department, or one prominent politician of either party, who has ever, in any way, promoted submerging our national sovereignty into a new nation of North America, would you please give me the name? This is an urgent matter: don’t send a letter, call me with the name on Disagreement Day on our radio show, between 2:00 and 3:00 PM, any Thursday. (The number is 800-955-1776).

Ah, but the paranoid alarmists and sicko fear-peddlers suggest that the plans are secret, so naturally no one will acknowledge them. Never mind that when you go to the website of the Security and Prosperity Partnership (spp.gov) there is nothing in the least bit menacing or worrisome (unless you object to cooperation on securing the border and dealing with flu epidemics), and you will find extensive, well-documented and specific denials of grand plots that would damage sovereignty. The hypesters and hysterics tell you that it’s all part of the master plan to hide diabolical intentions until it’s too late, and the conspirators have already managed to terminate our independence and destroy our currency.

But surely you know that any “North American Union” would require a big, big fight in Congress before winning approval.

Even NAFTA – a much less significant change in economic policy – generated years of controversy and a ferocious pitched battle in Congress (remember the big televised debate between Ross Perot and Al Gore?). How do you think the purported conspirators would be able to impose their nefarious plans (including the non-existent plans for a new currency, the “Amero”) without going through months or years of argument and agitation, and somehow winning majorities in both houses of Congress? And if they’re really planning to go forward in this huge public fight, what sense does it make for them to keep their plans secret? Why aren’t they already working to soften up public opinion for their final victory?

May I also remind you that the main source of all the alarmism on this non-existent threat is a struggling website known as WorldNutDaily that also promoted an “authoritative” report that consumption of soy milk caused the current epidemic of homosexuality. When I ridiculed that story on the air, and invited its author and researcher to defend his crapola in public, he quickly scurried away to the dank and dingy under-the-rock quarters from which his “science” originated.

And please note that the same flamers and losers who promote the “North American Union” nonsense also warned the world that Y2K would bring the end of civilization as we know it. I scoffed at that paranoia at the time, and of course I was completely right. Where are the apologies from the demagogues who scared millions with tales that the “Millenium Bug” would cause our economy to collapse and democracy to end?

Neighbor, you sound like a good egg --- and a real patriot (and I salute your service as an officer in the WWII Navy, where my dad also served, but as a humble enlisted man). But as a proud nationalist, veteran and America-booster, you should join me in focusing on the real threats to our country: Islamo-Nazi terror, socialist militants who want to nationalize healthcare and kill the free market system, blame-America leftists who seek to cripple the country because they think that our current power and prosperity somehow threaten the world.

These are real threats. They are reflected in open and highly-publicized debate, with leading politicians (even Democratic Presidential candidates) rallying support for disastrous changes (like nationalized health care, higher taxes, more bureaucracy and less freedom) that would imperil the Republic.

At the moment, the agitation and paranoia about this non-existent “scheme” (who are the schemers, anyway?) serves as a Weapon of Mass Distraction – taking good people (like you) out of the real battles where we need you.

I hope you’ll refocus your passion and admirable fighting spirit on the significant issues that menace our beloved country, and disentangle yourself from this delusional dreck.

With respect and sympathy ---- Michael Medved