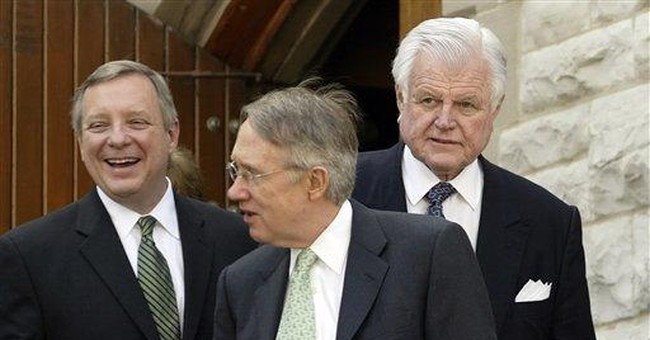 What constitutes the essence of modern liberalism?

Conservatives will return to decisive victories only if we come to terms with liberalism’s visceral appeal. The best way to overcome our ideological adversaries is to understand their approach to major issues.

While conservatives obsess over distinctions of right and wrong, and insist that inevitable consequences must flow from good and bad behavior (see last week’s column), liberals focus on differences of another sort entirely.

The rhetoric of today’s left shows that they see society divided between the privileged and the powerless, the favored and the unfortunate, victors and victims.

Liberals feel an irresistible instinct to take sides with the less fortunate.

While the right wants to reward beneficial choices and discourage destructive directions, the left seeks to eliminate or reduce the impact of the disadvantages that result from bad decisions. In place of the conservative emphasis on accountability, the left proffers a gospel of indiscriminate compassion.

This leads directly, and inevitably, to the liberal passion to sanctify victimhood.

"Enlightened" lefties long to embrace and exalt all those who claim to have suffered from hard luck or oppression: the homeless, single mothers, "people of color," homosexuals, AIDS patients, feminists, convicted criminals, Native Americans, atheists, immigrants and many more. Recent Democratic Conventions have resembled festivals of fine whines, with countless testimonials from one victim group or another expressing hopelessness and helplessness unless the Donkey Party returned to power.

The leftist impulse to side with the underdog has become so powerful that liberals never bother to inquire whether a given "oppressed" group counts as deserving or not.

This explains the odd liberal sympathy for Islamo-Nazi terrorists, whose radically reactionary (indeed, medieval) ideology should make them anathema to enlightened opinion in the West. How can militant feminists applaud the anti-American rhetoric of Islamist crazies who want to keep all women in burkas as the property of their husbands, and how can gay activists identify with jihadi killers who endorse the execution of homosexuals? The widespread activism on behalf of the fanatical internees at Guantanamo remains one of the most spectacular displays of lefty lunacy in recent years. Aside from the common distaste for free-market economics and the shared desire for a reduced American role in the world, liberal ideologues see themselves as persecuted victims with natural fellow-feeling for exotic and angry third-worlders who blame all their problems on the USA.

The generalized anti-Americanism that afflicts so much of the contemporary left owes everything to this imperative to identify with the downtrodden. The United States is simply too prosperous and too powerful to win liberal sympathy while suffering nations (no matter how dictatorial their governments, or how dysfunctional their cultures) seem far more worthy of support.

In fact, the recent hearings about the shabby treatment of wounded veterans at Walter Reade Medical Center represented a concerted effort to transform America’s military into a victims group worthy of liberal sympathy. John Kerry's notorious and derisive comments about kids who do poorly in school getting "stuck in Iraq" complemented this ongoing effort to portray active duty personnel as oppressed and hapless losers, rather than formidable and willing warriors.

The persistent preference for the powerless and purportedly oppressed applies only imperfectly to explaining leftist support for legalized abortion. The unborn, after all, plausibly qualify as the ultimate underdogs: innocent, fragile, utterly helpless. Nevertheless, they’ve never lived outside the womb and so failed to achieve the status of aggrieved victims – suffering from racism, sexism, homophobia, economic oppression. Moreover, the mother seeking the abortion represents a far more visible victim—which helps explain the desperate determination by pro-abortion forces to stop legislation in Georgia and elsewhere that would require abortion providers to offer ultra-sound images of the baby in utero before the woman makes the final decision to terminate her pregnancy. In other words, they don’t want anyone or anything to compete with the stressed, unhappily pregnant mother for pity and sympathy.

In fact, favored victim groups can lose their sacred claims on the liberal imagination as evidenced by shifting perspectives on the left concerning the State of Israel. In the wake of the devastation of the Holocaust, and with the Jews fighting for their lives against massive Arab armies in 1949 and '67, liberals naturally gave strong, nearly unanimous support to the Israeli underdogs. After the decisive victory in 1967, however, Israel assumed the role of regional power and began losing leftist support just as more and more conservatives came to appreciate America's redoubtable and reliable ally. Today, the Jewish state counts as far too successful, economically productive and militarily formidable to win much liberal sympathy, while the Palestinians remain so pathetically divided, dysfunctional, impoverished and inept that lefties (even Jewish lefties) react to their radical rhetoric with either applause or apologetics.

That's the problem with liberal sympathy for the downtrodden and underprivileged: if you make too much progress, you’ll compromise your claims to advocacy and assistance. The best victim groups are those that reliably maintain their victim status. In this sense, the leftist world view effectively discourages empowerment or the pursuit of prosperity and pushes suffering subgroups to more or less permanent self pity.

Moreover, raising taxes on high earners in order to provide more give-aways to the unproductive clearly punishes success while rewarding failure. All but the most willfully blinded liberal activists understand that punishing success helps to discourage it while rewarding failure and dysfunction encourages much more of the same. The massive failures of the US welfare system, and our ill-starred "War on Poverty," indicate that if you give people money in exchange for idleness you’ll get more indolence, and if you take away more money from the most industrious you’ll get less productive activity.

On occasion, conservatives criticize liberals for a failure to support standards or to make distinctions, but that’s not entirely fair, since leftists do love to emphasize the difference between rich and poor, lucky and unlucky, winners and losers.

Leftists feel virtuous and unselfish for invariably embracing the losers, but with this persistent preference it’s society itself that loses most.