Extending tours is an admission of force mismanagement 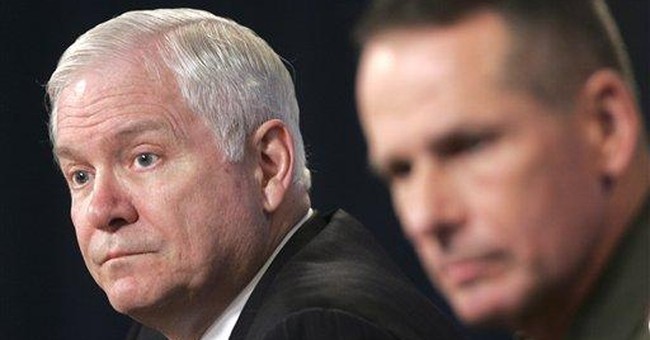 In manufacturing, overtime is problematic. It is typically used to cover short term gaps in manpower and training. It usually covers the gap created between production expansion, hiring to the increased demand, and completion of skills training for the new hires. Often the duration of the overtime is calculable, and its negative effects limited.

It is problematic nonetheless. Labor costs rise by a factor of up to, or over, fifty per cent. Workers can become fatigued and their individual productivity may diminish. During extended periods demanding overtime, this often results in the combined negative impact of both higher labor costs and lower productivity. Eventually, costs outstrip margins, and overtime may not be solving the gaps in labor.

Compounding the business costs are the human costs. Aside from fatigue and weariness, workers' morale can suffer immeasurably from a perceived lack of management concern, manifested by the lack of management driven, long-term solutions. Soon the extra monies earned by overtime are viewed as uneven when compared to the sacrifices made in terms of reduced time off, increased productivity loads, fatigue, and the general loss of control of one's schedule.

As is will be with today's announcement by the Army that they will be extending tours of duty in Iraq and Afghanistan.

Army leadership is failing to manage its part of the war, as today's announcement, coupled with rocketing re-enlistment costs, highlight. It is the abject responsibility of Pentagon leaders to develop an overall strategy for manning their service in such a way that promotes not only accomplishing the near-term mission, but the sustaining of that mission over time.

It has been clear for a while that our presence in Iraq would be required well out into the future. Our Commander-in-Chief has repeatedly reemphasized our commitment to the mission and to the people of Iraq. Manning the Army with re-enlistment bonuses and gross tour extensions, hints that Army leadership either never grasped this concept, or if they did, were derelict by not implementing long-term corrective actions…the types of corrective actions that would fairly rotate our troops into the combat zones and with adequate rest and recuperative time between tours.

Potentially worse, is that Army leadership has been counting on Congressional intervention to solve their manning problems for them. Congressional blustering over Iraq funding, may have given the Army leadership the false hope that a Congressional timeline would solve their manpower mismanagement issues for them; before they manifested themselves as the failures they are. With Presidential vetoes threatening any calendar driven withdrawals; the Army is now forced to come to grips with their planning and manning deficiencies.

The drastic action that the Army took today is the result of a lack of vision and direction from within the Army, from its civilian staff on down. The Army should have been pro-actively implementing strategies that gave individuals and combat units reasonable respites from combat, and provided adequate opportunities to re-man, re-fit and retrain, prior to returning to combat. Not only are fifteen month tours too long, but one year respites are far too short.

Army leadership has failed at its primary function…developing sustainable force structures and deployment schemes that are capable of supplying combat ready forces uninterrupted out into the future. Their failure is even starker when compared to their Marine brethren who have demonstrated a capacity to sustain combat operations with seven month rotations into the combat zones. Meeting force requirements is the leading purpose in life for staff officers, and the Army staff is showing no aptitude for it.

Today's announcements will have sent devastating shock waves through the Army's deployed units, and across their base housing units. While the Army and Marine troops deployed in the field have earned the trust and respect of the country, the competency of the military leadership in the Pentagon, specifically the Army through these tour extensions, is rightfully called into question. It seems that the failings of those in the comfortable surroundings in the Pentagon are being covered by onerous dictums that are not sustainable out into the future.

Move Army HQ to Iraq for fifteen months, it would likely generate better solutions than calling on those who have served this nation so well, to work harder.