Surviving capture with your honor intact 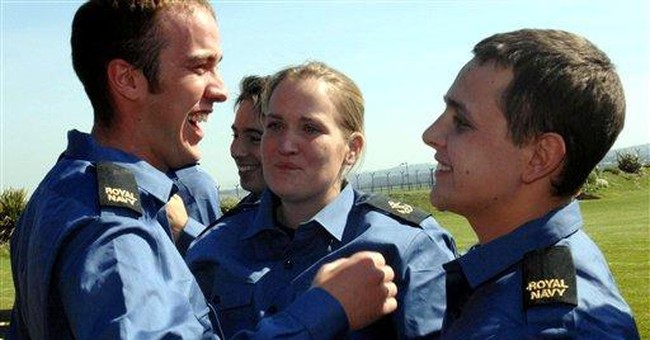 Much of military life cannot be completely comprehended by those who have not shared the experience. This is not to say that the general populace cannot respect the efforts or accomplishments of the military, but they might not comprehend that the physicality of the beach landing at Normandy, demanded the equivalent of a couple of marathons…and it continued into the night, the next day, and on, and on.

Certainly civilians appreciated the success achieved in Normandy, but they may not really appreciate the enormity of the personal effort that made it the military victory it was.

And such it is with many aspects of military life.

Much of military life seems incongruous to the outsider. I was struck my freshman year of NROTC by the idea that the mission of the Marine rifle squad was "to locate, close with, and destroy the enemy by fire and maneuver, or repel the enemy's assault by fire and close combat." It seemed a bit insane to me that we would actually try to find the enemy, because if we actually found him, the odds of getting killed would go up exponentially…seemed better to stay away from the enemy…easier to stay alive.

Unless the enemy was trying to "locate, close with, and destroy" you and your unit, in which case his offensive initiative, may result in your still getting killed… likely in a way far more devastating than forcing the enemy to respond to your initiative and offensive operations. Over time military strategists have come to appreciate that gaining and maintaining contact with the enemy is an effective way to hold the initiative, even if it results in casualties, because being surprised or ambushed is far deadlier.

Many might be surprised to find that the proper response to an ambush is to attack into it. Again, it seems a bit incongruous, but running laterally to escape an ambush or running away back to the enemy only keeps the victims in the kill zone for much longer periods of time, making the ambush more lethal. Attacking directly into an ambush is the fastest and least costly response to being ambushed. It keeps the victims in the kill zone for the shortest possible time, and forces the attackers to shift their focus to their own defense. It is also important not to underestimate the effect of this unexpected and aggressive action. The military response to ambush accomplishes many things, even in light of its apparent incongruities to human nature.

It is the ultimate acceptance of these and hundreds of other basic principles that eventually make the individual a competent warrior, and it is training that reinforces these beliefs with instinct, reaction, and proficiency. Training ingrains the warrior response, and shapes the warrior mentality. Belief in military principles and training are what make a warrior, not uniforms.

The first book I read after my commissioning was POW by John Hubbell. I have never forgotten the title, the author's name, or its stark realities. The book is a documentation the experiences of about one third of our Vietnam War POWs. It was a wake up call for a twenty-one year old lieutenant with flight training in his future. It is a training primer for POWs, and I devoured it.

I read this book while attending the military inculcation that greets all Marine officers, six months of infantry training at The Basic School in Quantico, Virginia. This was the perfect time to formulate a personal strategy for my incarceration should I ever become a POW. It was a strategy developed from successful examples (Stockdale, McCain, Risner, Hegdahl, Day, and dozens of others), and one that ran counter to the human reflex. But its human incongruities can be readily rejected by a warrior who sees the ultimate utility in adopting proven military responses, and rejecting the natural, human responses.

It was a strategy that rejected many human responses and replaced them with military responses that would ensure unit integrity, high morale, and personal honor had I survived such an ordeal. It was a military strategy…and I doubt this strategy was mine singularly. It was reinforced with SERE training and continuous introspection. It was my survival plan.

It is the suppression human instincts that ensure military unit integrity, and facilitates cohesive martial action. Individuals that cave in to their human instincts not only degrade their own units' performance, but jeopardize adjacent units as well. Early Army actions in Korea were replete with surrenders and "bugging out," to the point where Allied forces held barely a toehold around Pusan. There were dozens of examples of poorly trained units giving in to their human traits and not being able to muster the necessary martial qualities when it counted the most. The results were disastrous.

I was going to remain on the sidelines for the Iranian-Brit hostage crisis, and do my best to ignore the civilian punditry, and blog comment lines, as they poured the ammo into the British Sailors and Marines and their behavior in captivity, but with the announcements that these captives might be given the opportunity to profit from their experience, I must weigh in…I’ll be brief.

There is no substitute for aggressive offensive action on the battlefield, and there are no predictable results once that aggressive action is unleashed. We'll never know what the outcome would have been had the Brits engaged the Iranians, and neither will those involved, but we do know that they will never re-claim the title of warrior, as their actions were both timid and irresolute…a pathetic combination on the battlefield, and disaster for other members of their units, or those serving adjacently.

It is hard to imagine that those Sailors and Marines are derived from the same lineage as those who defended Roarke’s Drift, battled the Luftwaffe over London, or manned the HMS Sheffield.

I am also a bit surprised that one's honor goes as cheap as £250,000 these days. Had I allowed myself to be paraded around by an abject terrorist, with a smile on my face, and with my Persian goody-bag, I’d be looking for a rock, under a boulder, in a cave, in the far corners of Death Valley under which to hide, and hoping no one recognized me…I wouldn't be hawking my "story" of shame and recalcitrance. Their performance when threatened smacks of inadequate training, and irresolute individual will…to sell that, shameful.

Lastly we should be leery of those pushing our participation in coalitions when the Brits don't have the courage to fire off a few rounds against the Iranian puppet masters, we are truly in a position where we may have the only combat forces left in the world.

Warriors fight…get a helmet and fire your rifle.