What's not to loathe? 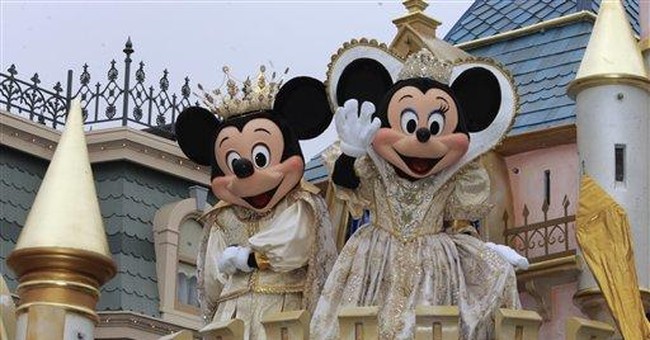 From the settling of the American west in 1891 until the end of World War Two, Americans enjoyed only a single brief period of whimsy and leisure. The "Roaring Twenties" were but a brief respite from the serious nature of American culture, and even then, those partaking in the lively events of the day, did so rebelling against the socially repressive laws of the Prohibition era. The magic of the day was cut short in late 1929 with the crash of the stock market, and the ear splitting thud that came with the collapsing house of cards emblematic of highly leveraged investments.

From 1891 until the onset of the American Expeditionary Forces participation in World War One, America was able to take its first serious look outside of its borders and begin to assess its role in the greater world. The sailing of the Great White Fleet and our entry into World War One were the first looks over the wall, and a peek at what our role in the world might become.

Europe, left exhausted and drained of manpower after WWI, combined with our turning of the tide in Europe, encouraged Woodrow Wilson to push for a leading role for the US in a world more connected by telegraph, cruise liners, and bourgeoning immigration. The solid rejection of this notion by Americans was devastating to Wilson, who failed to grasp just how introspective America was as a whole, and how isolationist this introspection made the country collectively. The Roaring Twenties became symbolic of the rejection of our role in the greater world, and our move toward a focus on self.

The fun of the twenties was swiftly and harshly replaced by the stock market crash and the following Great Depression. America again was forced into an era of subsistence living and short term survival. World War II called for continued sacrifice and selflessness, and by then end of WWII, America had yet to have a generation that could reliably plan out into the future, or enjoy the vagaries of life. To this point, Americans had been simply surviving at home or sacrificing abroad in order to preserve freedom across the globe.

Leisure remained a wisp of a glimmer, and a virtual unknown to most Americans.

By the fifties Social Security gave hope to a long sacrificing generation of Americans, and the GI Bill spurred economic growth and ultimately, the baby boom. The baby boom begot the first generation of Americans born into stability, and a financial security that had finally buried the memories of the great Depression. And the first by-product of this security was rampant liberalism and the loathing of America.

All of this hit me in a flash within the first few hours I was aboard the Disney Magic last week as I enjoyed a Caribbean cruise vacation. It seemed strangely odd to me that a country that could produce a multi-billion dollar industry out of thin air, one that also has produced zillions of cross-generational, and inter-continental memories, could be so self-loathed by a huge portion of its population.

America is the only country in the world that could produce and export Disneyland…and it works. The wonder of allowing children to be children in a fantastical environment and exporting that goodwill across the world is an unofficial diplomatic coup that no other country could pull off. The wonder of America is that we are beginning to reap the benefits of financial and physical security…increased leisure time, travel opportunities, and indeed, entire new industries to help us fill the time.

Yet we continue to loathe the country that provides that opportunity, a country singularly capable of executing such a feat. We are a country apart from others in this regard, but a country pulling all others along nonetheless.

Yet we overly criticize our country, our past, our government, and our policies. We burn our flag. We desecrate monuments to our history. We self-loathe.

In the short fifty years that we have stabilized as a rich and prosperous country we have accelerated growth and opportunity across the globe. We have been a force for stability and security, and hundreds of millions of people live free because of our sacrifices and generosity. And yet we pick at our imperfections and diminish our accomplishments through hyper-critical analyses of policies executed with the best of intentions and overwhelming governmental approval.

We have been an overwhelming force of good throughout the entirely of our existence. We have saved Europe from utter devastation twice in the last century. We went to the moon. We have produced an overwhelming majority of the most meaningful inventions, and developed an overwhelming majority of the most prolific companies. We send more volunteers to the rest of the world than any other nation, and send aid endlessly across the globe. We donate our wealth in record amounts. We import thousands of students to our first rate universities every year. We share our good fortune across the globe through trade, tourism, charity, and aid.

We share Disneyland, and its message of hope and goodwill, with the rest of the world.

What's not to loathe?