Air America Steers for the Iceberg 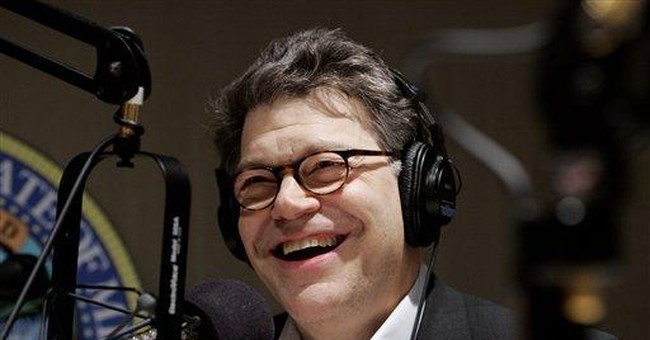 I am not one to explain all things…I remember thinking my brain was probably full when I was learning the aircraft electrical systems of the F/A 18 Hornet. Having previously learned the T-2 (Fighter) Buckeye, The T-39 Saberliner, the TA-4J Skyhawk…The F-4 and the RF-4B…I felt it was getting a little cramped upstairs. Throw in intercept geometry at 900 knots, dogfight tactics, air-to air and air-to-ground weaponry, fusing and delivery options, and there just didn’t seem to be much capacity left. I am sure that many that know me would likely agree.

But some things I get. While reading the Oregonian’s fawning article on Thom Hartmann filling the vacuum (literally) left by Al Franken at Air America, I thought that it is no surprise that successful talk radio is mostly conservative.

The new star of the Portland and the left leaning airwaves is toasted as a do-aller of enormous proportions. He is bragged about as the author of many books, a successful businessman (who has abandoned several “successful” businesses), and is hailed as a liberal iconoclast bolstered by three decades of “personal and professional meanderings.”

The Oregonian glibly glosses over his intentional flunking out of Air Force Basic Training…likely a badge of honor amongst liberal “leadership.” They additionally glide past the incongruity that this college drop out has published several book on such subjects as AD/HD, and the powers of walking for as a cure for an enumerative list of chronic ailments, as if an expert; and they laud his JKF assassination conspiracy book. I suppose expertise doesn’t actually come into play on these subjects…feel good liberal concepts fix or explain it all. Wikipedia calls him a “lay scholar.” I guess that means a scholar without a degree.

So this is the Al Franken replacement?

The Oregonian is hyped up on his granola feel, his “precocious” (I guess, yet incomplete) college career at the academically un-prestigious Michigan State University, and his vegetarianism…a local leftie necessity. At least Franken was a Harvard grad.

For all you Rush haters, I know that he is also a college drop-out. No need to send hate mail on that. But Rush developed and refined the milieu, all others are, as Hartmann says in the Oregonian article, students of the master…or for the lesser skilled, imitators. The feeling I get is that Hartmann is an empty imitator.

Bill Bennett is an accomplished author who happened to forgo writing about his feelings on AD/HD, and chose instead to write about things that he is qualified to comment on. He has a long history of government service, and has a doctorate in Philosophy and a law degree from Harvard. I guess he chose to pass his tests and complete his precocious education.

Hugh Hewitt is a Harvard grad, Michigan Law School graduate…law professor, and writer (on subjects which he happens to actually know about).

Michael Medved is a Yale graduate with a Yale law degree. He is also an accomplished writer and movie critic.

So, as the Titanic known as Air America continues to take on water, and the highly paid captain has chosen to abandon the ship, Air America looks to a relative lightweight to try to save the ship. Academically deficient Janeane Garofolo didn’t posses that capability. I am not sure why AA thinks Hartmann possesses it.

The successful, conservative talk show hosts listed above, are successful, in large measure due to their credibility, derived directly from their bona fides. Their breadth of governmental, academic, and legal expertise, serves them well in putting a superior product on the air very day. They can capably wade through myriad of topics, because they are qualified to do so.

At the same time, Air America has called the neighborhood yacht club regatta winner to try to steer the Titanic to safety. Sorry, but a “lay scholar” isn’t likely to navigate that sinking ship through the choppy waters of talk radio. Deftness is not enough to overcome and inexpert knowledge in a business that is dependent on at least a modicum of credibility.

There is no developed market for negativism and defeatism. There is no interest in the vitriolic exchange of ideas that is a constant in the left side of the blogosphere. And there is no market for the re-treading of lies that the Michael Moores, the Bill Mohrs, and the Al Frankens spew, day in and day out.

And they are doomed in part because they have picked a darling of the left, who is not capable of swimming in the big pond. Air America is going down. Though they may have picked an able seaman, they certainly have picked no Captain.

If Hartmann is to save the ship…make for the lifeboats…if Franken hasn’t taken them all.