Refusing to Live in the Stink 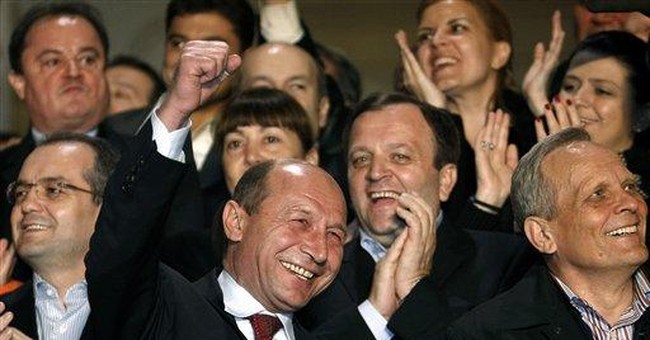 WASHINGTON -- As Americans count their blessings, it is useful to remember women who count their beatings -- in the once-fair country of Zimbabwe, cursed by Robert Mugabe.

Magodonga Mahlangu and Jennifer Williams, leaders of Women of Zimbabwe Arise, sit at a table at the Robert F. Kennedy Center for Justice & Human Rights in Washington, quietly recounting acts of democratic courage that should be shouted from rooftops. "We are very ordinary people," says Williams, about a movement of perhaps 75,000 women who have engaged in more than 100 nonviolent protests -- protests that often end in a hospital or prison.

After visiting the White House this week and receiving the RFK Human Rights Award, Mahlangu and Williams will be greeted in Zimbabwe next month by being put on trial for their activism. They seem unawed by both honor and risk.

Women of Zimbabwe Arise is showing a patriarchal and violence-prone political culture the meaning of peaceful determination. These women demand social justice -- food, education, health care -- not political power. But in Zimbabwe, the mere act of protesting against hunger is considered sedition. "For this," says Williams, "we are accused of being 'unrepentant criminals' and the mouthpiece of a foreign regime."

In a world of liberal economics and conservative economics, Mugabe's Zimbabwe has practiced genocidal economics -- policies of reckless spending, inflation, business restriction, farm confiscation and corruption that have left a nation in ruins. Unemployment is more than 85 percent in the formal economy. Nearly half of Zimbabweans are at risk of malnutrition and starvation. Life expectancy has fallen by half in a decade. Zimbabwean children have the highest levels of mortality, malnourishment and stunted growth in sub-Saharan Africa.

Amazingly and repulsively, this is part of Mugabe's governing strategy. "ZANU-PF (Mugagbe's ruling party) is not only using violence," says Mahlangu, "it is making everyone dependent on assistance. People spend 9, 10 or 11 hours a day just fighting for survival, gathering wood and food," leaving little energy for resistance. Having made his people destitute, Mugabe survives because Zimbabweans are preoccupied with their destitution. It is a kind of political vampirism, in which a despot survives by drinking his nation's strength.

But despite these challenges, says Mahlangu, "tens of thousands of women get up, sometimes at 3 a.m., to fit in activism." It is an underground movement. The women do not use cell phones or e-mails, which can be traced and monitored. Resistance spreads by word of mouth. Workshops are conducted to prepare women what lies ahead -- the process of booking and photographing, the rights they can demand. The organization tries to secure a lawyer for a woman within an hour of her arrest, provides a doctor if she is beaten, looks after her family while she is incarcerated. Women know they are not alone.

This solidarity is striking. Williams tells the story of a recent arrest: "The police officer tapped me on the shoulder and said, 'Jennifer, you are arrested.' As I was taken, the other women started to come along with me. The policeman said, 'No, only Jennifer.' But the women said, 'No, these are our rights too.'" Protesters filled the police van, then others walked to the police station and were beaten while handing themselves in. Eventually 49 women entered custody along with Williams. In light of such fearlessness, it is Mugabe who should fear.

These women activists espouse no grand theory of social change. They are simply determined to hold government accountable at every level. "If your sewage system has failed," says Williams, "go and see your (local official). You may get arrested. But do you really want to live in that stink?" This is the deepest meaning of democracy, even more than putting an "X" on a ballot -- a stubborn refusal to live in the stink.

When I asked her motivations, Mahlangu responded that she was determined to "live truthfully." It echoes the words of another dissident, Vaclav Havel, who said that "a single, seemingly powerless person who dares to cry out the word of truth and to stand behind it with all his person and all his life, ready to pay a high price, has, surprisingly, greater power, though formally disfranchised, than do thousands of anonymous voters."