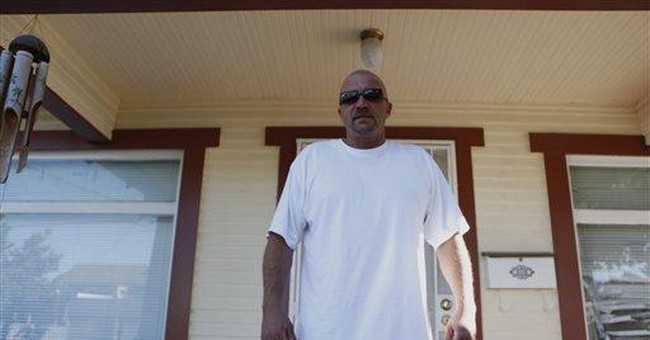 WASHINGTON -- Mel Martinez's recent resignation from the United States Senate was for personal and family reasons. But the departure of the Republican Party's most visible Hispanic leader crackles with political symbolism.

Martinez does not consider himself disillusioned, but he is "frustrated." "There are lots of Hispanics to the right of you and me on immigration," he told me, "but they think, 'Republicans just don't like us.'" Martinez makes clear that a number of his Senate colleagues were "conservative, but not inflammatory." Other elected Republicans, however, made "pretty divisive use of immigration policy. It is more a matter of tone, of how you talk about immigrants. It has made Hispanics feel unwelcome, unwanted."

In ethnic politics, symbolism matters. And recent Republican signals to Hispanics have often been crudely unwelcoming. During the 2006 congressional debate on immigration reform, Rep. Tom Tancredo, R-Colo., grabbed the Republican microphone to call Miami a "Third World country." The same year, Rep. J.D. Hayworth, R-Ariz., darkly warned of illegal immigrant murderers as a "slow motion nightmare" greater than 9/11. A provision of the House immigration reform bill would have made it illegal for priests, ministers and volunteers to "assist" illegal immigrants -- criminalizing a religious duty. Republican presidential candidates conspicuously avoided Hispanic forums during the 2008 primaries. Conservative shock radio, on its frightening fringes, can be overtly racist, referring to Mexican immigrants as "leeches," "the world's lowest primitives" and diseased carriers of the "fajita flu" who may "wipe their behinds with their hands." Pat Buchanan sells books with this title: "State of Emergency: The Third World Invasion and Conquest of America."

As Martinez points out, many Republicans who oppose his pro-immigration views are not divisive or inflammatory. But other, angry voices crowd them out. As a result, Republican support among Latinos is collapsing. In Martinez's home state of Florida, for example, 56 percent of Hispanic voters voted for George W. Bush in 2004. Four years later, 57 percent voted for Barack Obama.

Now hearings are beginning on another immigration reform bill, with a legislative debate likely to ripen in 2010. For Democrats -- pledged to comprehensive reform but weighing union opposition to a temporary worker program -- the immigration debate will be difficult. For Republicans, it may be an invitation to political suicide.

Some conservatives dismiss electoral considerations as soiled and cynical. They will make their case, even if that means sacrificing Florida, Colorado, New Mexico, Nevada and ... Indiana. Yes, Indiana, which had supported Republican presidential candidates for 40 years before Obama captured it on the strength of Hispanic votes. This is a good definition of extremism -- the assumption that irrelevance is evidence of integrity. In fact, it is a moral achievement of democracy that it eventually forces political parties to appeal to minorities and outsiders instead of demonizing them. The scramble for votes, in the long run, requires inclusion.

By 2030, the Latino share of the vote in America is likely to double. Some Republicans seem to be calculating that this influence can be countered by running up their percentage of support among white voters. But this is not eventually realistic, because non-college-educated whites are declining as a portion of the electorate. And it is disturbing in any case to set the goal of a whiter Republican Party. This approach would not only shrink the party, it would split it. Catholics and evangelicals, who have been central to the Republican coalition, cannot ultimately accept a message of resentment against foreigners. Their faith will not allow it.

In considering illegal immigration, many talk appropriately about the rule of law. But there is also the imago dei -- the shared image of God -- that does not permit individual worth and dignity to be sorted by national origin. This commitment does not translate simplistically into open borders and amnesty. It does mean, however, that immigrants should not be used as objects of organized anger or singled out for prejudice and harm. If Republicans head down this dreary path, many could no longer follow.

Which is why the departure of Martinez is unfortunate. Most elected Republicans bring serious arguments and good motives to the immigration debate. Fewer leaders, however, are willing to confront the extremists in their midst. And now one more of those principled leaders is gone.