Success and Failure in Iraq 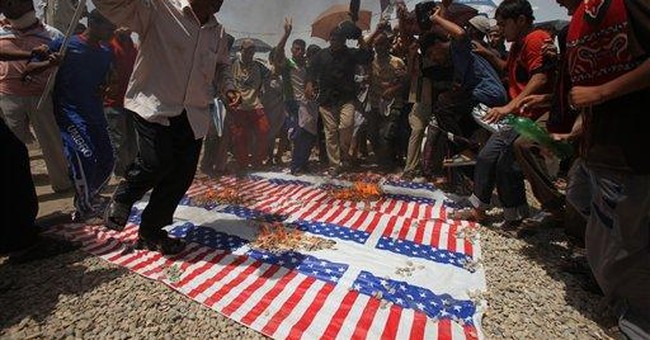 WASHINGTON -- It may seem strange to Americans, so close to our independence celebration, that Iraqis should break out the fireworks when our troops withdraw. We are not accustomed to being cast in the British role. In Iraq, nearly every achievement seems colored by ambiguity. But we are seeing achievement nonetheless.

The recent American withdrawal was not a decisive military shift. Our units will no longer conduct unilateral military operations. Except for Baghdad and Mosul, however, this has been the situation in Iraq for months. American troops will still be visible on the streets in a supporting role alongside Iraqis. And American quick-reaction forces can provide assistance in a pinch.

High-profile attacks, mostly by al-Qaeda in Iraq (AQI), have increased during the last 30 days, compared to previous months -- perhaps intended to create the impression that American troops were being forced to leave. But "AQI has not been able to mount a sustained campaign," says an administration official. "The attacks are terrible, but AQI is still on the ropes."

Though not militarily decisive, these events are a milestone of a different kind. They represent the success of an approach that once seemed doomed -- the strategy of "as they step up, we step down."

This is one of the most extraordinary reversals of fortune in the history of American warfare. In 2006 and 2007 -- after years of rising violence and disappointed expectations -- much of the public and Congress had concluded with Sen. Harry Reid that, "This war is lost." Some, such as Sen. Barack Obama, recommended almost immediate American withdrawal.

Instead, a number of unexpected and related developments transformed the situation in Iraq completely.

-- During the Anbar Awakening, from 50,000 to 100,000 foot soldiers not only left the enemy, but also joined our side, contributing knowledge of the insurgency's inner workings.

-- Iraqi Prime Minister Nouri al-Maliki, elected with support from Shiite extremists, went south to take on Iranian-backed militias in Basra -- establishing himself as a national, not just Shiite, leader.

-- And Iraq's Sunnis fully joined the political process, which now absorbs much of the energy that might otherwise spill into the streets.

None of these achievements is perfect or permanent. But foreign policy success is judged by comparative, not absolute, standards. The comparison here is to an American withdrawal two years ago -- which would have been Vietnam II, and worse. AQI would have controlled whole regions of Iraq -- it had already established a provisional government in Anbar -- gaining a base of operations against friends in the Middle East, against allies in Europe and against the United States. With Iran's help, Iraq's Shiites would have fought a bloody civil war against al-Qaeda. Sunni neighbors would have been tempted to intervene, leading to a regional war played out on Iraqi soil. Iraqi citizens might have been subjected to genocidal violence. And America would have failed -- not on a distant Asian battlefield like Vietnam -- but in the Middle East, a center of our global interests since World War II.

So what has been accomplished by all the sacrifice, patience and resources that Iraq has consumed? If Iraq succeeds -- if it can bear the weight of its own sovereignty -- it will be a historic advance. Jeffersonian democracy was never assumed or promised. But an Iraqi accommodation in which Shiites, Sunnis and Kurds find common purposes through democratic processes would be an example to the region, which is seeking new models of progress. And the development of a stable American ally in the Middle East that fights terrorism would be a tremendous geopolitical achievement. In spite of past debates, Obama should view this prospect not as a chore, but as an opportunity.

Even if Iraq falls back to the level of political mediocrity that surrounds it, the situation has changed from two years ago. If America had retreated then, it would have been a failure of our will and a failure of our military. But we did not fail. Our military adapted. Our leaders and country persevered. We have given the Iraqis what we owed them -- a decent chance at success, the only gift a liberator can give. Now, a failure would be sad and challenging -- but it would be their own.