Time to Fight Back Against “Angry Paranoid” Anti-Vaccinationists 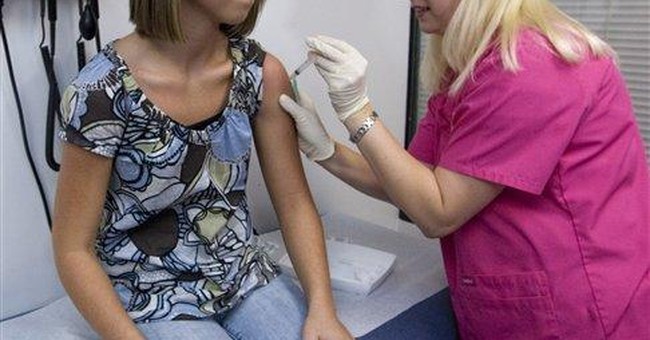 Grant the anti-childhood vaccine fanatics this; they are dogged. No amount of data and no number of studies from any array of sources will sway them from their beliefs – or claimed beliefs – that thimerosal, a mercury-containing vaccine preservative once used in many such injections, is causing the so-called “autism epidemic.”

Therefore a California Department of Public Health study in the current Archives of General Psychiatry hasn’t either. Nevertheless, for the rest of us there are two valuable lessons. First, the lack of a thimerosal connection to the developmental disorder has once again been reaffirmed. And second, those fanatics really and truly are fanatical – as a British Medical Journal book reviewer put it, an “angry and paranoid universe.”

These people operate over 150 anti-vaccine web sites that claim not only a thimerosal-vaccine connection but a Massive World Wide Conspiracy to cover up of the alleged link. They are often hateful people who have sent death threats to Public Health Service officials who subsequently quit their jobs in fear.

As a precautionary measure – surely influenced by the anti-vaccinationists – thimerosal was removed from all childhood vaccines as of March 2001 (except flu shots, which contain a trace amount.) The angry paranoids and those who make a living catering to them confidently declared that soon the California data would show a dramatic drop in diagnoses.

Indeed they quickly asserted it had done so, as did former New York Times writer David Kirby, author of the influential 2005 book Evidence of Harm - Mercury in Vaccines and the Autism Epidemic: A Medical Controversy. Never mind that this alleged peak, in 2002, came far too early to have reflected cessation of thimerosal use. (Huffington now writes for the left-wing Huffington Post blog.)

Later the father-son team of Dr. Mark and David Geier published a study they claimed showed a dramatic 35 percent drop, also beginning in 2002. The Geiers make their living as expert witnesses and consultants for lawyers who make claims against the government’s National Vaccine Injury Compensation Program.

But now there has been enough time, and the news is good for parents and bad for the fearmongers. The Archives study evaluated autistic children referred to the state’s Developmental Services System and covered the years 1995 to March of 2007. It included children age three and above. If thimerosal-preserved vaccines cause autism, the researchers said, diagnoses should have started falling in 2004 – not 2002.

But as this chart from the paper shows, there been no plummet, no decline, no leveling. There hasn’t been the least bit of decrease in the increasing number of cases.

Further, the California findings are hardly anomalous. As the Archives paper noted, “Our findings are in concordance with the rigorous 2004 review of at least 12 previous published and unpublished studies by the IOM Immunization Safety Committee, which concluded that the body of evidence rejected a causal relationship between [thimerosal containing vaccines] and autism.”

Included in the IOM review were three studies looking at the entire populations of Sweden, Denmark, and Canada respectively. In all three countries thimerosal-containing vaccines were discontinued in the late 1990s and yet, as in California, autism rates climbed at the same pace.

The main problem with the “angry and paranoid universe” is that its members have terrified parents throughout not only the U.S. but the world into refusing to vaccinate their children. These parents become free riders, relying on those parents who do vaccinate to keep diseases at bay through “herd immunity.” That means that immunization rates in the wider population are high enough (for example, 85 percent for diphtheria) to protect those not immunized.

But if enough people free ride, herd immunity is lost and what follows is the return of childhood diseases we hardly think about anymore. Diseases like pertussis (Whooping cough) have made comebacks in countries as diverse as the U.K., the U.S., Australia, Japan, and Sweden after anti-vaccinationist scares. Pertussis cases went from fewer than 8,000 in the U.S. in 2001 to over 25,000 in 2005.

The anti-vaccine crowd aren’t merely harmless kooks. They harm their own children as well as others. It’s time our Public Health Service starts using publicity campaigns rather than just scientific findings to start fighting back.