SCHIP: A Step Towards Socialism 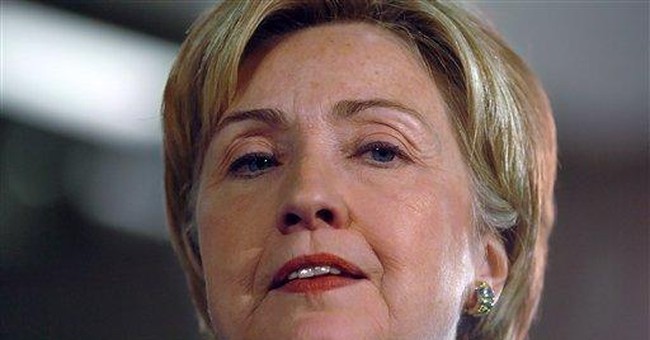 During the heady days of 1993 when former First Lady Hillary Clinton assembled a group of health experts to reconfigure our health-care system, liberal strategists realized that the march toward socialized medicine might be a slow and halting one. Thus, they devised several alternate routes to the promised land of a universal, government-run system.

Intriguingly, one of these fall-back scenarios bears an uncanny resemblance to the dramatic expansion of the State Children’s Health Insurance Program (SCHIP) now under consideration on Capitol Hill.

One option set forth by Clinton’s health task force was dubbed “Kids First.” “Under this approach,” the task force authors explained, “health care reform is phased in by population [group],” beginning with “the most vulnerable of our citizens -- children.” Kids First, they admitted, “is really a precursor to the new [universal] system” under which states would receive “broad flexibility in its design so that it can be easily folded into … future program structures.”

Those “future program structures” included plans to eventually add other “population groups” to the government’s rolls.

Enacted four years after HillaryCare expired, SCHIP began as a modest program to expand coverage to children in families with incomes up to twice the poverty level ($40,000 for a family of four today). But one decade and some $40 billion later, profligate states have exploited loopholes and transformed SCHIP into a far more expansive program, one that now covers children in families with annual incomes as high as $82,000, their parents, and even some childless adults.

Following the script outlined in the task force memo, liberals lawmakers now want to expand SCHIP to “new populations” by increasing eligibility for this welfare-style benefit to children (including “slackers” up to age 24) in households with incomes as high as 400% of the federal poverty level. In the Senate version, SCHIP’s annual funding level would triple by 2012 to approximately $15 billion. (Liberals also pander to illegal immigrants with a provision that would eliminate the requirement that persons applying for Medicaid or SCHIP services show proof of citizenship.)

The appeal of using children for political gain is undeniable. “You can’t,” Republican pollster Whit Ayres says, “construct a [poll] question on children and health without getting an overwhelming majority in favor of giving health insurance to children.” Voting against more health care for kids, he notes, is “politically stupid.”

Nevertheless, the liberal road map would steer us straight into a ditch. Offering children from middle-income households a welfare-style health insurance benefit causes what economists call a “crowding out” effect -- i.e., expanding public health-insurance programs actually reduces the overall level of private coverage. Not only does this dramatically increase the cost per each new child covered, but it needlessly undermines private coverage.

MIT economist Jonathan Gruber examined recent expansions of government insurance programs for children and found that “a natural reaction for workers may be to drop coverage of eligible dependents only, while maintaining coverage for themselves.” Indeed, under the proposed expansion, SCHIP coverage would be available to income groups where 89% or more of children are already enrolled in private health plans. The Congressional Budget Office found that the Senate’s SCHIP bill would move more than 2 million children with private coverage to the government’s rolls.

Of course, if the conservative alternative is simply a little less socialism (the counteroffer from Senate Republican leaders is hardly inspiring: bar adults from SCHIP and limit coverage to children in families below 200% of poverty), the march toward HillaryCare will continue.

Thankfully, a hardy band of conservative senators have an alternative. Spearheaded by Sens. Richard Burr (R-N.C.), Mel Martinez (R-Fla.) and Tom Coburn (R-Okla.), they propose overhauling the way we finance health care. They would jettison the current entitlement-style tax provision, which subsidizes even the most outrageously expansive health plans, and replace it with a universal health-care tax credit, capped at $2,000 for individuals and $5,000 for families. They also want states to dismantle regulatory obstacles and create competitive marketplaces where individuals could buy the health insurance plan that best suits their needs, thereby lowering the cost of coverage.

According to the Joint Tax Committee, this ambitious approach not only is budget neutral, but it would deliver private coverage to 24 million currently uninsured Americans -- six times the level achieved in the latest installment of HillaryCare.

Kudos to DeMint and his allies. Conservative lawmakers can’t beat something with nothing, especially when it’s socialism hitching a ride on the backs of our children.