Is Kirk Cameron an Accomplice to Murder? 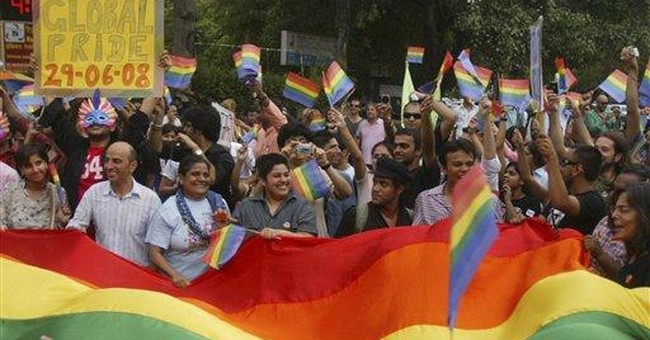 It’s one thing to be called an intolerant bigot. It’s another thing to be called “an accomplice to murder,” but that’s the latest charge being raised by gay activists and their allies, and it needs to be exposed for what it is: an outrageous lie.

Last weekend, actor Kirk Cameron appeared on the Piers Morgan show to discuss his new movie Monumental, and somehow Morgan turned the interview to the subject of homosexuality (surprise!), asking him if he thought gay marriage was a sin and wanting to know what he would teach his children. Cameron stated that according to his beliefs, marriage “was defined by God a long time ago … one man, one woman for life, till death do us part.”

Morgan then asked him, “Do you think homosexuality is a sin?” to which Cameron replied, “I think it’s unnatural, that it’s detrimental and ultimately destructive to so many of the foundations of civilization.”

The backlash was immediate and intense (surprise again!), coming from gay activist organizations like GLAAD (which, I have pointed out, really stands for the Gay and Lesbian Alliance Against Disagreement, not Defamation) and from celebrities like Roseanne Barr, who said: “Kirk or kurt or whatever Cameron is an accomplice to murder with his hate speech. So is rick warren. Their peers r killing gays in Uganda.”

Does she really believe this? Let’s deconstruct the rhetoric point by point.

First, the technicalities: It is not true that “peers” of Cameron and Pastor Rick Warren in Uganda are killing gays. The much discussed anti-homosexuality bill is still not law, and the killing of a gay man or woman in Uganda is a crime. And American Christian leaders like Rick Warren have been outspoken in their criticism of the bill as initially written. (For the record, when I was asked about the bill in 2009, I told a local gay correspondent that “I have very serious issues with the proposed law as currently constructed. I believe it has the potential to hurt far more people than it could possibly help, potentially inflicting great suffering on many.”)

Second, the larger realities: It is completely and utterly false to claim that Cameron’s words make him in any way “an accomplice to murder with his [alleged] hate speech.” Can anyone calmly, rationally, and logically make such a ridiculous accusation? Or is this asking too much, since over-the-top gay rhetoric like this is hardly the product of serious thought (or, conversely, is hardly meant to provoke serious thought)? And since when was it forbidden to express views like those held by Cameron?

A variation of this “accomplice to murder” charge (and one that is becoming more common by the day) is that any opposition to homosexual practice or any suggestion that marriage means the union of a man and a woman will result in gay teen suicides. Gay activist Mitchell Gold made this explicit claim while on my radio show in January, making clear that voting for the marriage amendment in North Carolina on May 8th would send a discouraging message to these gay kids, leading some to commit suicide.

Gold said: “For a 14-year-old kid trying to understand their sexuality, to have an amendment in the public discourse in this big public discussion to have people saying gays are sinners and an abomination, that they are not entitled, that it’s not God’s plan to have it this way. . . . This is why kids jump off bridges. This is why kids hang themselves.” (Actually, the bill simply states, “Marriage between one man and one woman is the only domestic legal union that shall be valid or recognized in this State.”)

How should we respond to these charges? First, we should point out that gay kids do not simply kill themselves because they are told that marriage is the union of a man and a woman. In the vast majority of cases, gay teens kill themselves (like other teens do) because of deeper emotional and psychological problems, so we must do whatever we can to help them deal with the deeper issues in their lives. Without a doubt, each of these deaths is a terrible tragedy, but these kids must not be used as pawns to advance a social agenda, nor they should be told that their suicides are somehow expected or unavoidable.

Second, we should ask gay activists if anti-obesity campaigns are causing obese kids to commit suicide. If so, wouldn’t this make Michelle Obama complicit in the suicides of kids who were bullied because of their obesity? (In no way do I minimize the horrific tragedy of a teen suicide, whatever its cause. I simply want to expose the folly of the “accomplice to murder/suicide” accusation.)

Third, since evangelical Christians like Cameron and I are being criticized for our faith-based convictions, we need to stand up even more strongly for what we believe, proclaiming without shame that we have a message that saves people from suicide, depression, hopelessness, substance abuse, and a host of other things. (That message is called “the gospel,” which means “good news.”)

Let the gay voices of intolerance make the ludicrous claims that we are accomplices to murder and suicide. The truth is that we are ambassadors of life.