Trump Era Not as Extraordinary as Never-Trumpers Think

Michael Barone
|
Posted: Sep 13, 2019 12:01 AM
Share   Tweet
The opinions expressed by columnists are their own and do not necessarily represent the views of Townhall.com. 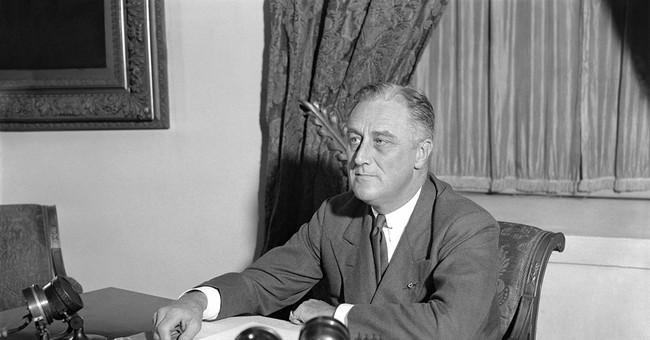 Around Washington, in sundry upscale locales, in large quadrants of the internet, you still encounter lamentations about Donald Trump's takeover of the Republican Party and prophecies of the party's approaching doom. Never-Trumpers are less thick on the ground than among ordinary voters, but they have an echo in affluent southern and southwest suburbs that have switched from Republicans to anti-Trump Democrats. And they're eager to tell you that nothing like this has ever happened before.

Well, not so fast. I've got a book coming out in October called "How America's Political Parties Change (and How They Don't)," on the history of our 185- and 167-year-old political parties, and I can report that things like this have happened before. One example of many: Franklin D. Roosevelt, undeniably a great president, especially as a war leader, but one whose policies also drove some prominent members of his own party to the opposition and some of whose actions seemed, well, eccentric. Like his sitting in bed in mornings in 1933 and setting a new price of gold -- up 21 cents one day because, as Amity Shlaes recalls in "The Forgotten Man," "it's a lucky number, because it's three times seven." Sounds sort of like setting tariffs in tweets. Or setting up a ramshackle National Recovery Administration charged with setting prices and wages for 700 industries, a law ruled unconstitutional by a 9-0 Supreme Court.

Roosevelt supported Democrats' traditional policy of low tariffs but left implementation to subordinates like Secretary of State Cordell Hull -- which looks something like Trump's desultory support of Republican tax cuts.

On other issues, FDR abandoned Democrats' traditional support for laissez faire economics and its aversion to national uniformity and local options. That earned him bitter opposition from the two preceding Democratic presidential nominees, Al Smith and John W. Davis, much as Trump was opposed by the two George Bushes and John McCain.

Other conservative-minded Democrats swallowed the New Deal with reservations and stuck around to serve the country constructively in Roosevelt's and Harry Truman's administrations. Examples include Texas cotton brokers Jesse Jones, whose Reconstruction Finance Corporation bankrolled defense industries, and Will Clayton, who helped set up the Marshall Plan.

As Schlesinger understood, there were nasty echoes in those words of what was going on across the Atlantic at the time. But while Roosevelt threatened to pack the Supreme Court, he mostly obeyed court orders, and while he flouted tradition by seeking a third term, the voters, in a time of international peril, unambiguously granted it to him.

Roosevelt, though not a scholar like his cousin Theodore Roosevelt, was obviously a far more learned man than Donald Trump, although his aide Raymond Moley complained after he was fired that he "never knew him to read a serious book." And Roosevelt had an uncanny knack for picking the right person for jobs he considered important, particularly his superb choices as military commanders in World War II.

But for other posts he appointed many duds and often left them in place to conduct turf wars with other duds, which sounds sort of familiar. And he gave the fact-checkers of his time plenty of raw material, though surely not as much as his current successor.

Of course all historical analogies break down at some point, and there is obviously an enormous difference between Roosevelt's times and ours. Roosevelt came to the presidency in times of economic collapse and won his third term when Hitler and Stalin were allies who seemed poised to seize control of the landmass of Eurasia. America faces no threat of remotely similar magnitude today.

Similarly, the actions and policies of Franklin Roosevelt and his like-minded successors shifted very large segments of the American electorate both toward and, in time, away from his party. Those changes were orders of magnitude larger than the small percentages of voters Trump has shifted toward and away from the Republican Party.

My point is that the current ructions in our politics are not out of the ordinary and are less disruptive than many others in the past. Time to get off Twitter and calm down, America.