Little Wars Turn Messy Because of Politics on the Ground 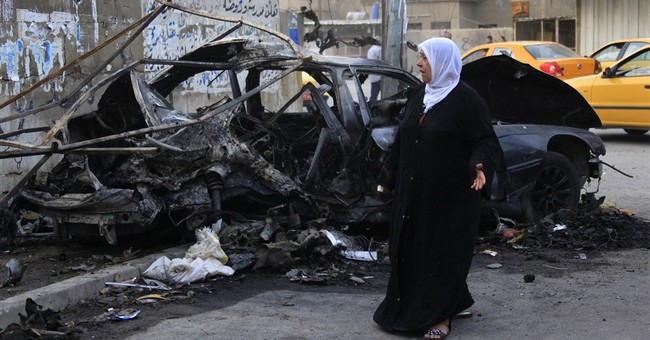 "The examination of war from an exclusively military perspective, isolated from its social and political context, leads to false conclusions and poor strategy."

That is the conclusion of Emile Simpson, a former infantry officer in the Royal Gurkha Rifles, who served three tours of duty in Afghanistan, in his book, War From the Ground Up.

The book has won extraordinary praise from the veteran British military historian Michael Howard, who wrote in the Times Literary Supplement, calling it "a work of such importance that it should be compulsory reading at every level in the military."

Howard compares Simpson's book to the classic On War, by the Prussian military strategist Carl von Clausewitz. Both experienced a war that was utterly different from what they had been trained for and tried to explain it "from the top down as well as from the ground up."

Clausewitz experienced the total war wrought by Napoleon's massive citizen armies and the large armies raised by Prussia, Austria and Russia in response. "War," he famously concluded, "is merely the continuation of policy by other means."

In such large wars, the outcome is rarely ambiguous. Each side pursues the "absolute victory" promised by Franklin Roosevelt in his Pearl Harbor speech. Virtually everyone recognizes that result when it happens.

When the result is ambiguous, the result can be disastrous, as when Germany surrendered in November 1918 rather than be overrun by the Western powers. In the ensuing years, Hitler and others argued that Germany had been stabbed in the back by enemies within and sought revenge.

Emile Simpson argues that in most of the conflicts that liberal democracies have engaged in since 1945, things are not so clear. These are little wars, against enemies difficult to define, in which "tactical actions often need to be considered primarily in terms of their local political effect."

Inevitably, "a decision to attack one group or support another ... will attract some realignment in the local political situation." And "strategy has to operate within a complex political environment that nobody can ever fully understand."

This was particularly true in Afghanistan, where kinship ties and local loyalties meant that the same individuals might, at one time, support the Taliban and, at another, the central government.

In such conflicts, Simpson argues -- as Samuel Huntington does in his 1957 book, The Soldier and the State -- that there is no clear separation between the political setting of goals by the civilian commander-in-chief and the decisions carried out by military tacticians.

In conflicts in places like Afghanistan and Iraq, political considerations must be taken into account, not just by civilian leaders and theater commanders, but also by lieutenants and sergeants.

If they fail to "change policy in response to military reality," the result is "like driving a car through the rear-view mirror rather than looking at the road ahead: It swerves all over the place and may crash."

This is hard for liberal democracies to do, he admits. But something like it has been done by U.S. and coalition troops, under General H. R. McMaster in Tal Afar, Iraq, in 2004-06 and General David Petraeus's in Anbar and elsewhere in 2007-08.

It is critical, Simpson argues, for the troops to live with the locals, getting to know them personally and gaining their trust. It is critical also to have a convincing "strategic narrative" that is flexible enough to appeal to different publics -- to soldiers, to locals, to neighboring countries and to elites and voters back home.

His major historical example, the 1962-66 British-Indonesian conflict in Borneo, is not entirely reassuring. There in response to Indonesian guerrilla and regular army attacks across the colonial border, British Commonwealth troops seasoned in jungle warfare in Malaya and Burma retaliated with cross-border attacks.

But this occurred largely out of view of the press and the public. Neither government, for reasons of its own, declared war nor acknowledged that a conflict was going on.

The recent raids in Libya and Somalia and drone strikes in Yemen and elsewhere suggest that the U.S., even after leaving Iraq and preparing to leave Afghanistan, is engaged in more conflicts than headlines indicate.

Some will take Simpson's book as an argument to avoid such conflicts altogether.

Others, who believe that the U.S. must act to eliminate terrorist havens, should take it as a warning that Simpson's wars, like Clausewitz's, are devilishly difficult.