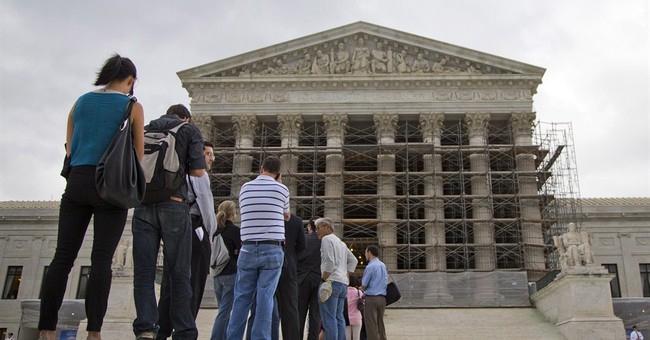 "This book is far from all good news." So writes Tyler Cowen at the beginning of his latest book, "Average is Over: Powering America Beyond the Age of The Great Stagnation."

Cowen is an economist at George Mason University who is generally classified as libertarian and whose interests range far afield. His most recent books include "The Great Stagnation" and "An Economist Gets Lunch" (his advice: skip fancy downtown places, eat at restaurants attached to Pakistani-owned motels).

In "The Great Stagnation," he argued that productivity has been lagging because of lack of technological innovation. Information technology, he wrote, has produced nothing like the gains obtained from the steam engine, electricity and hydrocarbon chemistry.

In "Average is Over," he looks farther ahead to "a very surprising time," when new technologies will lead us out of stagnation. But it will lead some of us out very much farther than others.

Cowen minces no words on this. Those of us accustomed to the emollient language of politicians promising a bright future will be startled by Cowen's frankness.

The big winners in the economy he foresees will be those who can work with and harness machine intelligence and those who can manage and market such people.

Such "hyperproductive" people, about 15 percent of the population, will be wealthier than ever before. Also doing well will be those providing them personal services.

For jobs lower down on the ladder, there will be a premium on conscientiousness. That's good for women and bad for men, who are more likely to do things their own way.

Middle-level jobs, Cowen says, are on the way out. He argues that many of those laid off after the financial crisis were "zero marginal product" workers. They weren't producing anything of value and employers won't replace them.

Upward mobility will still be possible, he says, thanks to machine-aided education, which can spot talent in unlikely places. But I think he overestimates how likely that will be.

Assortative mating (people marrying similar people) and the considerable hereditability of intelligence means that many or most of those with the talents to get to the top will start out there. A fair society, ironically, may have less social mobility.

How will this society handle the pending fiscal shortfall? Cowen's prediction: by raising taxes a bit (but it's hard to get more out of rich, clever people), cutting Medicaid (the poor are a weak constituency), maintaining aid to the elderly (a strong constituency) and squeezing employees (by imposing mandates on employers that will reduce cash income).

Those at the bottom will move to cheaper places like Texas. He recommends beans and tortillas as a delicious and nutritious diet (as in "An Economist Gets Lunch").

Much of this is already happening to some extent. Our most liberal areas (New York, the Bay Area) have the greatest income disparities. Drive down Middlefield Road in Silicon Valley and in one mile you go from $4 million walled mansions to what looks like rural Mexico.

Brookings's William Galston, writing in the Wall Street Journal, feels "justified revulsion" at this. He accuses Cowen of "moral indifference." I would accuse him of focusing too narrowly on economics.

Earned success can come from high earnings or from simply doing a job well. It can come from raising children and meeting family obligations.

It can come from working with people in your community or your church, or with others with common interests. Even people of very limited abilities can earn success and live fulfilling lives.

Cowen predicts the masses won't revolt. They will have comfortable lives and good entertainment -- bread and circuses.

I suspect he's right. America in the 1920s had more inequality than today and there was no revolution.

Inequality was then reduced by three unpredicted developments, two of them unwelcome.

Galston wants to reduce inequality. I say we should do more to strengthen social capital so that everyone can earn success.

Unfortunately, neither of us seems to know how.