Stop and Frisk Doesn't Target Minorities, It Protects Them 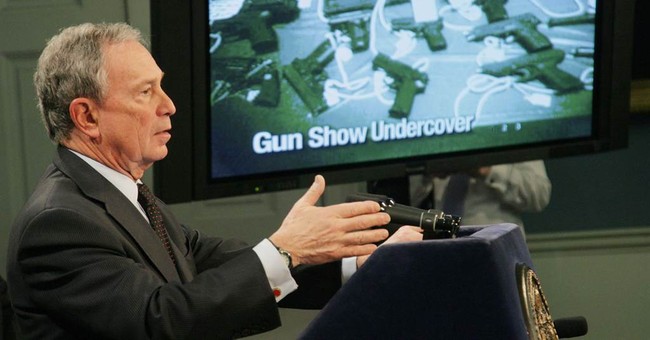 Trending
New York City seems on the verge of making the same mistake that Detroit made 40 years ago. The mistake is to abolish the NYPD practice referred to as stop and frisk.

It's more accurately called stop, question and frisk. People were stopped and questioned 4.4 million times between 2004 and 2012. But the large majority were not frisked.

The effectiveness of this police practice, initiated by Mayor Rudy Giuliani in 1994 and continued by Mayor Michael Bloomberg, is not in doubt. The number of homicides -- the most accurately measured crime -- in New York fell from a peak of 2,605 in 1990 to 952 in 2001, Giuliani's last year in office, to just 414 in 2012.

Nevertheless, the three leading Democratic mayoral candidates in the city's September primary all have pledged to end stop and frisk. And last week, federal judge Schira Scheindlin, in a lawsuit brought by 19 men who have been stopped and frisked, found that the practice is unconstitutional and racially discriminatory.

Bloomberg has promised to appeal, and several of Scheindlin's decisions in high-profile cases have been reversed. But the leading Democratic candidates for mayor promise, if elected, to drop the appeal.

The two leading Republican candidates support stop and frisk, but their chances of election seem dim in a city that voted 81 percent for Barack Obama in 2012.

What riles opponents of stop and frisk is that a high proportion of those stopped are young black and Hispanic males. Many innocent people undoubtedly and understandably resent being subjected to this practice. No one likes to be frisked, including the thousands of airline passengers who are every day.

But young black and, to a lesser extent, Hispanic males are far, far more likely than others to commit (and be victims of) violent crimes, as Bloomberg points out. I take no pleasure in reporting that fact and wish it weren't so.

This was recognized by, among others, Jesse Jackson, who in 1993 said, "There is nothing more painful for me at this stage in my life than to walk down the street and hear footsteps and start to think about robbery and then look around and see it's somebody white and feel relieved."

You can get an idea about what could happen in New York by comparing it with Chicago, where there were 532 homicides in 2012. That's more than in New York, even though New York's population is three times as large.

One Chicagoan who supports stop and frisk is the father of Hadiya Pendleton, the 15-year-old girl shot down a week after singing at Barack Obama's second inauguration. "If it's already working, why take it away?" he told the New York Post. "If that was possible in Chicago, maybe our daughter would be alive."

Chicago and New York both have tough gun control laws. But bad guys can easily get guns in both cities.

The difference, as the New York Daily News's James Warren has pointed out, is that frequent stops and frisks combined with mandatory three-year sentences for illegal possession of a gun mean that bad guys in New York don't take them out on the street much.

An extreme case of what happens when a city ends stop and frisk is Detroit. Coleman Young, the city's first black mayor, did so immediately after winning the first of five elections in 1973.

In short order Detroit became America's murder capital. Its population fell from 1.5 million to 1 million between 1970 and 1990. Crime has abated somewhat since the Young years, but the city's population fell to 713,000 in 2010 -- just over half that when Young took office.

People with jobs and families -- first whites, then blacks -- fled to the suburbs or farther afield. Those left were mostly poor, underemployed, in too many cases criminal -- and not taxpayers. As a result, the city government went bankrupt last month.

New York has strengths Detroit always lacked. But it is not impervious to decline. After Mayor John Lindsay ended tough police practices, the city's population fell from 7.9 million in 1970 to 7.1 million in 1980.

Those who decry stop and frisk as racially discriminatory should remember who is hurt most by violent crime -- law-abiding residents of high-crime neighborhoods, most of them black and Hispanic, people like Hadiya Pendleton.