Cheating Is Rife in Colleges -- by Admissions Officers 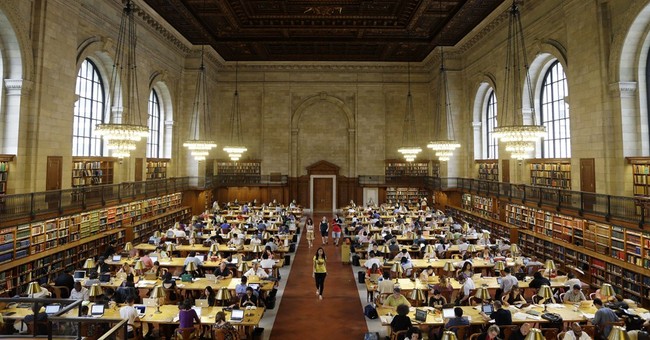 What is the most intellectually dishonest profession around? My nomination: the admissions officers at highly selective colleges and universities.

Evidence in support of this comes from, of all places, a recent article in The New York Times.

The writer is Ruth Starkman, and the subject is her experience as a reader of applications to the highly selective University of California, Berkeley.

"Admissions officers were careful not to mention gender, ethnicity and race during our training sessions," she notes. But when she asked one privately, "What are we doing about race?" she was told it was illegal to consider it, but that they were looking at "the 'bigger picture' of the applicant's life."

Racial discrimination in state universities was made illegal in 1996 when California voters by a 55 percent margin passed UC Regent Ward Connerly's Proposition 209.

At first UC admissions officers enforced the law, as Richard Sander (a UCLA law professor) and Stuart Taylor report in their book, "Mismatch: How Affirmative Action Hurts Students It's Intended to Help, and Why Universities Won't Admit It."

But then admissions officers started to cheat. They declared that they were using "holistic" criteria, trying to gauge from students' applications the "bigger picture" of their life.

In practice, this meant racial discrimination in favor of blacks and Hispanics, and against Asians and whites

Starkman's job was to read applications and rate them on a numeric scale, with 1's being the most desirable. She "was told I needed more 1's and referrals. A referral is a flag that a student's grades and scores do not make the cut but the application merits a special read because of 'stressors' -- socioeconomic disadvantages that admissions offices can use to increase diversity."

It's not hard to imagine what "stressors" might include. A Spanish surname. A home address or high school in a heavily black neighborhood. An essay recounting "the hardships that prevented the student from achieving better grades, test scores and honors."

So the admissions officers were tipping the scale heavily in favor of certain students -- and heavily against others.

"When I asked about an Asian student who I thought was a 2 but had received only a 3, the officer noted, 'Oh, you'll get a lot of them,'" Starkman writes. "She said the same when I asked why a low-income student with top grades and scores, and who had served in the Israeli Army, was a 3."

What's extraordinary about this is that you have an organization every member of which is well aware of its main purpose -- illegal racial discrimination -- but in which no one will say so out loud. A willingness to lie and break the law are job requirements.

Now I am aware that there are arguments against a college just admitting the students with the highest test scores. It does probably serve some educational purpose to bring together people with different interests and different strengths.

Preferences to offspring of alumni and talented athletes may be warranted for schools that need private contributions to thrive.

But racial discrimination is unlawful and has been rightly repudiated by the American people. The corrupt silence concerning such discrimination in college and university admissions suggests that at some level these people know they are doing something for which they should be ashamed.

Unfortunately they are doing their intended beneficiaries no favors. That's proved beyond demur by Sander and Taylor's "Mismatch." Black and Hispanic students tend to drop out of schools when they find themselves less well prepared than their schoolmates.

Those intending to major in science and engineering tend to back out of those fields. Many do not graduate yet are stuck with mounds of student loan debt.

Meanwhile, there appears to be a ceiling on the number of Asians in selective private schools, similar to the ceiling imposed on Jews there from the 1920s to the 1960s.

Just 19 percent of students at Stanford and 16 percent in the Ivy League are Asian -- numbers that have remained static for two decades despite increasing numbers of Asian applicants.

This is, in my American Enterprise Institute colleague Charles Murray's phrase, "discrimination against hardworking, high-achieving young people because of the color of their skin." His word for it: "despicable."