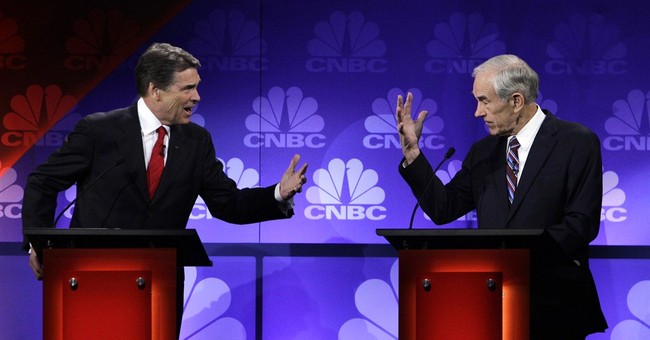 You can get agreement from almost all points on the political spectrum that the worst aspect of our political system is the presidential nomination process. It is perhaps no coincidence that it is the one part of the system not treated in the Constitution.

That's because the Founding Fathers abhorred political parties and hoped that presidents would be selected by something like an elite consensus. But we have political parties, the oldest and third oldest in the world, and they are not going away.

Surely a better system is possible. The current system of primaries, caucuses and national conventions is the result of reforms initiated by Democrats in the late 1960s and constantly fiddled with, mostly but not entirely by Democrats, ever since.

The resulting system is replete with oddities. Nothing in the Constitution says that Iowa and New Hampshire vote first, but they do. Any politician thinking of ever running for president wouldn't dare suggest otherwise.

Then suddenly a raft of states vote all at once. All this means that candidates have to spend two years campaigning and raising prodigious amounts of money. No other democracy chooses its chief executive in anything like our system.

That rules out many potentially serious candidates who currently hold important government jobs or who lack an appetite for permanent campaigning.

This is all the more infuriating because "today's mess," as Jeffrey H. Anderson and Jay Cost write in the summer issue of National Affairs, "is the product of accident and afterthought."

And one that is particularly troublesome for Republicans, which bothers Anderson, director of the conservative 2017 Project, and Cost, a writer for The Weekly Standard.

It doesn't "reflect the interests and values of the nationwide Republican electorate," they say, but gives too much influence to elite donors, the media, the early-voting states, professional campaign consultants and independent voters.

Tinkering around the edges, as party commissions, conventions and state legislatures have been doing for 40 years, won't help. Instead, Anderson and Cost say the answer is to "revitalize the local and state party organizations."

I agree with pretty much their entire diagnosis. The current system ill serves both parties, but especially the Republicans.

But I'm not sure it's possible to pump new life into what they admit are now moribund organizations. They agree that local parties are "no longer a locus of political power or influence" and blame the Democratic reforms starting in the 1960s.

I would argue that local and state parties were already on life support, which is why they were so easily brushed aside.

Still, their proposal is interesting and merits scrutiny. It is based on the conventions that, pursuant to the Constitution, ratified that document.

In the week of Abraham Lincoln's birthday, some 3,000 delegates selected by local parties and 300 designated Republican officeholders would meet in a national nominating convention and would nominate five finalist candidates. These candidates would debate six times (no mainstream media moderators, please).

There would be a series of regional direct-ballot elections, with the winner required to get 50 percent of the votes and win by a 10 percent margin. Otherwise there would be a runoff between the top two finishers.

The nominee would be determined by the end of April and could choose a VP candidate for formal acceptance in a summertime "made-for-TV convention." There are more details, but you get the idea.

There are some practical problems here. The Republican National Committee can change its nominating rules, but in many states the nominating process is controlled by state law, and Republicans don't control every legislature.

The courts have generally let parties set their own rules, but someone must pay for the nominating conventions and the regional elections.

"The new system would reinvigorate local and state party organizations," Anderson and Cost argue. It would certainly give conscientious Republicans an incentive to participate in local parties, which currently attract only political junkies.

But another possibility is that it will just give presidential candidates an incentive to pack local parties, starting long before the week of Lincoln's birthday. Ron Paul enthusiasts have already been doing this.

That might require scads of money, which means the influence of elite fundraisers would not be reduced.

Anderson and Cost make strong arguments that it would be "more efficient, more cost-effective, more deliberative, more consensus-based, more republican and more conducive to victory" than the current system. Let's think about it.