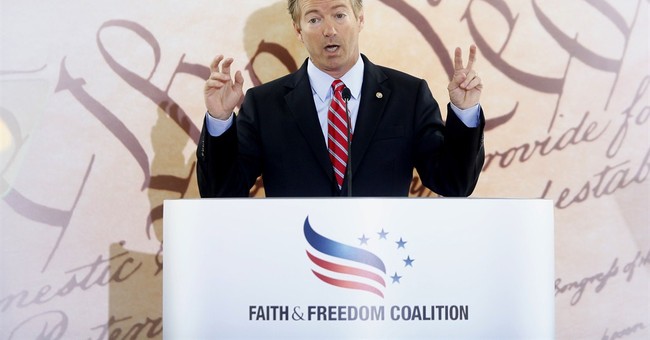 Trending
Are Americans becoming more libertarian on cultural issues? I see evidence that they are, in poll findings and election results on three unrelated issues -- marijuana legalization, same-sex marriage and gun rights.

Start with pot. Last November voters in the states of Colorado and Washington voted to legalize marijuana, by a 55 to 45 percent margin in Colorado (more than Barack Obama's margin in the state) and by 56 to 44 percent in Washington.

In contrast, California voters rejected legalization 53 to 47 percent in 2010. These results and poll data suggest a general movement toward legal marijuana.

State legislatures in Denver and Olympia have been grappling with regulatory legislation amid uncertainty over whether federal law -- and federal law enforcers -- override their state laws.

But marijuana has already become effectively legal in many of the states that have reduced penalties for possession of small amounts or have legalized medical marijuana. You can easily find addresses and phone numbers of dispensaries on the Web.

Same-sex marriage, rejected in statewide votes between 1998 and 2008 and most recently in North Carolina in May 2012, was approved by voters in Maine and Maryland in November 2012, and voters then rejected a ban on it in Minnesota.

Since then, legislators in Delaware, Minnesota and Rhode Island have voted to legalize same-sex marriage. A dozen states and the District of Columbia now have similar laws that would have been unthinkable two decades ago.

I have yet to see signs of political backlash. Polls show that support for same-sex marriage is well nigh universal among young Americans, but it has also been rising among their elders.

To some it may seem odd to yoke together marijuana and gay rights, generally thought of as causes of the left, with gun rights, supported more by the political right. Yet in all three cases Americans have been moving toward greater liberty for the individual.

One landmark was the first law, passed in Florida in 1987, allowing ordinary citizens to carry concealed weapons. Many, including me, thought that the result would be frequent shootouts in the streets.

That hasn't happened. It turns out that almost all ordinary citizens handle guns with appropriate restraint, as they do with the other potential deadly weapon people encounter every day, the automobile.

Concealed-carry laws have spread to 40 states, with few ill effects. Politicians who opposed them initially, like former Michigan Gov. Jennifer Granholm, have not sought their repeal.

In contrast, voters have reacted negatively to gun control proposals, even after horrific events like the Newtown massacre. That was apparent in the Senate's rejection of the Toomey-Manchin gun registration bill.

What about the cultural issue that most pundits mention first, abortion? Attitudes have remained roughly the same: Most Americans think abortion should be, in Bill Clinton's phrase, safe, legal and rare.

Young Americans, contrary to their libertarian leaning on same-sex marriage, are slightly less pro-abortion rights than their elders. They've seen sonograms, and all of them by definition owe their existence to a decision not to abort.

And from the point of view of the unborn child, abortion is the opposite of liberating.

Back in the conformist America of the 1950s -- a nation of greater income equality and stronger labor unions, as liberals like to point out -- marijuana, homosexual acts and abortion weren't political issues. They were crimes. And opposition to gun control measures in the 1950s and 1960s was much less widespread and vigorous than it is today.

Is this libertarian trend a good thing for the nation? Your answer will depend on your values.

I'm inclined to look favorably on it. I think the large majority of Americans can use marijuana and guns responsibly. Same-sex marriage can be seen as liberating, but it also includes an element of restraint. Abortions in fact have become more rare over a generation.

But I do see something to worry about. In his bestseller "Coming Apart," my American Enterprise Institute colleague Charles Murray shows that college-educated Americans have handled liberating trends of the 1970s like no-fault divorce with self-restraint.

But at the bottom of the social scale we have seen an unraveling, with out-of-wedlock births, continuing joblessness, lack of social connectedness and civic involvement.

In conformist America the old prohibitions provided these people with guardrails, as The Wall Street Journal's Daniel Henninger has written. In today's more libertarian America, the guardrails may be gone.