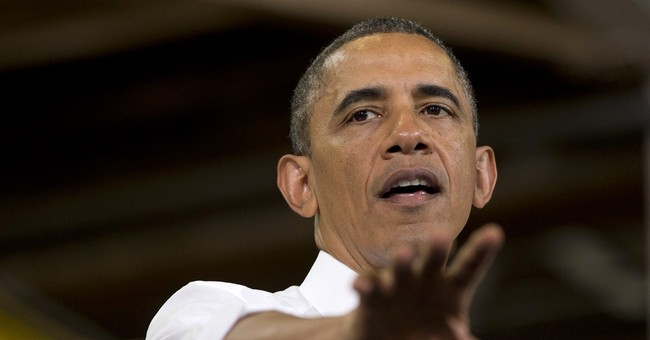 Trending
Chilling effect. That's the term lawyers and judges use to describe the result of government actions that deter people from exercising their right of free speech.

There have been plenty of examples in the past 10 days.

The AP story in question, on a foiled terrorist plot, had been withheld for days at the request of the CIA. It finally went out on the wire on a Monday, after the AP was told that administration spokesmen would officially announce it the next day.

That tends to undercut Attorney General Eric Holder's claim that the story was based on one of "the top two or three most serious leaks that I have ever seen" and "put the American people at risk, and that is not hyperbole."

I don't think enough facts are known to conclude that Holder was wrong. But it does seem likely that the AP material was less damaging to national security than some stories The New York Times ran despite pleas from the George W. Bush administration.

Those were not followed by the kind of intrusive investigation launched in this case. You might not know it from reading much of the press, but Obama's administration has been much more aggressive in investigating leaks than Bush's ever was.

Another chill came from the targeting of conservative organizations by Obama's Internal Revenue Service. IRS agents were selectively refusing to give tax-exempt status to organizations with "tea party" and "patriot" in their names.

Anti-abortion groups were asked to pledge that they would never picket Planned Parenthood clinics. Organizers were asked numerous personal questions, including what they said in their prayers. If that's not chilling, I don't know what is.

The acting director of the IRS was told about this activity in May 2012, and the chief counsel and deputy secretary of the Treasury Department were informed in June 2012.

Did they pass the information along to Treasury Secretary Timothy Geithner? Did he tell the president? Did the president ever ask?

The excuse given in some quarters is that in some cases IRS agents acted on their own or contrary to instructions. That may be plausible.

As my Washington Examiner colleague Timothy Carney has pointed out, personnel at the IRS are heavily Democratic. That's probably true of most domestic government agencies.

But that's a reason why a Democratic White House should be especially alert for evidence that civil servants are targeting political opponents for unfavorable treatment. Especially when, as here, there were plenty of reports in the press and the blogosphere indicating that it was going on.

But maybe this Democratic White House didn't want to know. Or didn't understand the need for vigilance. Maybe someone figured, hey, let's not have this come out before the election.

She's a career IRS lawyer, and it's not known whether she was aware of the targeting -- though it would be a little surprising if she wasn't.

She'll have a big job. The IRS is assigned a lot of work by the Obamacare law. It will impose penalties on Americans who can afford health insurance but choose not to buy it.

It will impose penalties on companies with more than 50 employees who work 30 hours a week and don't provide government-mandated policies.

In other words, the IRS is going to possess and process a large amount of information not only on your income but on your health insurance and perhaps your health.

The IRS was given these tasks by the drafters of Obamacare because no other government agency had the capability to gain access to people's personal financial information. They may have thought that taxpayers would trust an agency that they had gotten used to dealing with.

That level of trust may not be as high as it was 10 days ago. Chilling effect, indeed.

Michael Barone, senior political analyst for The Washington Examiner (www.washingtonexaminer.com), is a resident fellow at the American Enterprise Institute, a Fox News Channel contributor and a co-author of The Almanac of American Politics. To find out more about Michael Barone, and read features by other Creators writers and cartoonists, visit the Creators Syndicate Web page at www.creators.com.