The Price of Leaving the Details to Congress 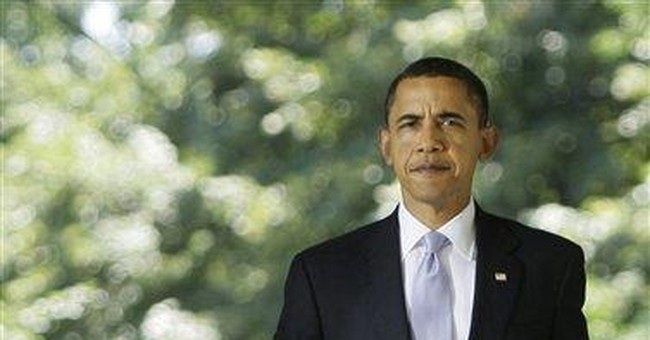 "Never let a crisis go to waste," Barack Obama's Chief of Staff Rahm Emanuel said last November. The crisis he referred to was economic: the financial collapse and the rapidly deepening recession. The opportunity it presented, for Obama and Emanuel, was to vastly expand the size and scope of the federal government through cap-and-trade and health-care legislation.

The administration has arguably handled the financial collapse competently: Banks are operating, and the financial markets have been unfrozen. It has had less success in addressing the recession. The $787 billion stimulus package passed in February, we were told, would hold unemployment down to 8 percent. It reached 9.5 percent in June, and economists of all political stripes believe it will rise further.

This was predictable -- and widely predicted. Obama let congressional appropriators write the stimulus package, and they larded it with pet projects that won't come on line for years. Immediate deficit dollars were channeled to state and local governments, to insulate public employee unions from the sharp edges of the recession. Obama might have set down markers to Congress, insisting that a larger share of funds be spent much sooner. He declined to do so.

Now he's paying a price. He is deferring again to congressional leaders on fashioning the cap-and-trade bills, and the process is not going well. The cap-and-trade bill has been delayed in the Senate, and senators and congressmen are struggling to reduce the cost of their various health-care bills below the trillion dollar level.

Polls show voters concerned about the prospect of the national debt doubling from about 40 percent to about 80 percent of gross domestic product. And they're increasingly open to the argument that it would be folly to entrust our energy and health-care sectors to the folks who wrote the stimulus package.

There's a contrast here with another president who came to office amid an economic crisis and who instituted vast changes in public policy, Franklin Roosevelt. FDR started off by addressing the economic crisis -- a dangerous downward deflationary spiral -- and didn't leave the details to Congress.

He took the nation off the gold standard, a step that economic historians Allen Meltzer and Ben Bernanke have argued was necessary to economic recovery in every nation in the 1930s. For a time, he even set the price of gold himself every morning.

His second major progam was the National Recovery Act, in which Congress delegated extensive power to the executive branch. This was a cockamamie scheme as long-term policy: The NRA set up 700-plus industry codes setting minimum prices and minimum wages. These resulted in cartel-like collusion by competitors, by demands for and receipt of exceptions from the rules by politically adept constituencies, by widespread evasions of the rules.

By the time the Supreme Court unanimously declared the NRA unconstitutional in May 1935, it was widely unpopular and facing uncertain prospects for renewal in Congress. But in the short run, the shock therapy worked. The deflationary downward spiral of wages and prices was stopped. The economy was growing again, and the political way was open for Roosevelt to institute left-wing policies like steeply progressive tax rates, Social Security and the pro-union Wagner Act, all passed in later 1935.

Roosevelt had advantages Obama lacks. He came to the White House with far more experience. He had been a sub-Cabinet official for eight years and a war minister in World War I. He had been governor of New York -- a considerably more demanding job than answering Senate roll calls -- for four difficult years. He was widely acquainted with leading people in finance and business. Heck, he had even been married in the White House, in 1904.

In addition, Roosevelt faced a different Congress. A majority of House members elected in 1932 were freshmen -- the only time this has been the case since 1898. Committee chairmen were new to their jobs and had not accumulated long wish lists of pet projects and large retinues of lobbyists, ex-staffers and campaign contributors.

Obama faces a Democratic Congress with experienced and, in most cases, competent leaders who have been around a long time and have long wish lists and enormous retinues. Deferring to them on the stimulus seemed like smart politics. But nothing is free in politics -- the only question is when you pay the price. Obama and the Democrats seem to be paying it now.