All Politics Is Turnout -- and Enthusiasm Is Key 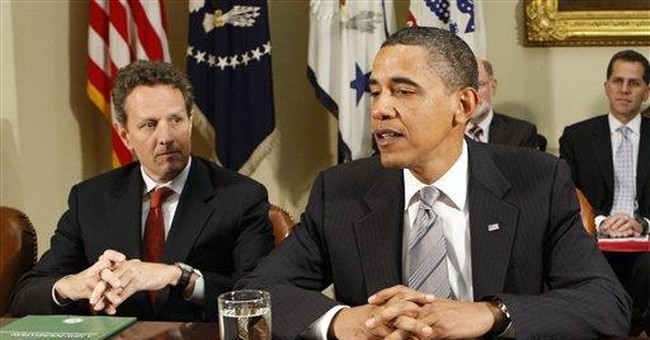 Many psephologists -- derived from the word for pebbles, which the ancient Greeks used as ballots -- study who wins and loses elections. Lately, I've been looking more closely at turnout. For we live, though most psephologists haven't stopped to notice it lately, in a decade of vastly increased voter turnout.

The upswing in presidential turnout is unlike anything America has seen for many decades. To find three consecutive elections in which the percentage increase in turnout each time was larger, you have to go back to the three contests between 1928 and 1936.

There was a lot going on then that hasn't been going on now. Women, nationally enfranchised in time for the 1920 election, were still gradually entering the electorate. There was a depression on: If you don't like last month's 9.4 percent unemployment, you would really not like the 25 percent unemployment rate in 1932. In this decade, we haven't seen any large group suddenly admitted to the voting booth. Yet we have seen a bigger rise in turnout than we did in the 1960s, when Southern blacks surged into the electorate, or in 1972, when 18-year-olds could suddenly vote.

What accounts for this huge rise? One factor is the increasing polarization of our politics. We lament it, but it inspires many people to go to the polls. Another is the increasing organizational activities of the two parties. Both Republican and Democratic strategists believed, going into the 2004 election, that it was better to get your own supporters registered and to the polls than to concentrate on the dwindling number of moveable voters.

Heading into the 2008 election, Barack Obama's strategists recognized that their chances of winning hitherto dependably Republican states hinged on enlarging the electorate. They did that, brilliantly, in Indiana and Virginia, New Mexico and Nevada, and most spectacularly in North Carolina, where turnout rose 20 percent, more than in any other state, and Obama won by 1 percent.

Looking over the data, I'm moved to conclude that the factor critical to increasing turnout is the balance of enthusiasm. If your side is more enthusiastic, you'll get more volunteers, more contributions and more people taking the trouble to vote for you even without any prompting. The balance of enthusiasm seemed to favor, by a small but decisive margin, the Republicans and George W. Bush in 2002 and 2004. It seemed to favor, somewhat more strongly, the Democrats and Barack Obama in 2006 and 2008.

Which side does it favor now? We can look for clues in the turnout in the primaries for governor in New Jersey and Virginia earlier this month.

In New Jersey, Republicans had a vigorously contested primary, and turnout was down 2 percent as compared with their last serious contested primary for governor, in 2001. Not a good sign, along with evidence that some conservative voters have been fleeing this high-tax state. Democrats didn't have a serious contest and haven't had one in a dozen years. But their turnout was down 18 percent from 2005 and down 26 percent from 2001. It fell especially in the densely populated urban northeastern counties, where Democratic incumbent Jon Corzine, with his low job ratings, needs high turnout in November. It looks like the balance of enthusiasm is working against him.

Obviously many people regard an election for president as more important than an election for governor, and the contest between Barack Obama and Hillary Clinton did arouse genuine enthusiasms that far outshone anything the Republicans could muster last year. And nominee Creigh Deeds won a come-from-behind victory that usually produces a bump.

But if I were the Democrats, I'd be worried about the balance of enthusiasm. If I were the Republicans, I'd be mildly optimistic.