The Limits of Success -- and Failure 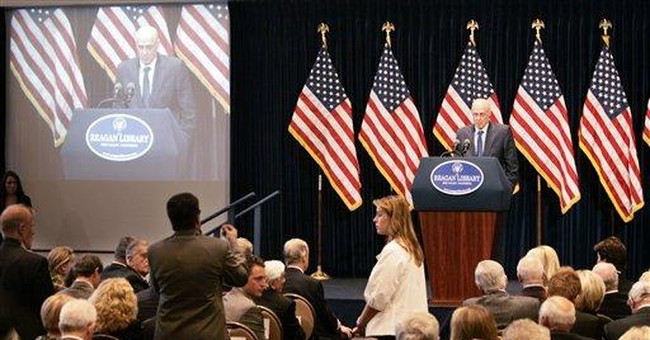 We Americans are blessed with a history that teaches that things work out right. Our first president set the precedent of relinquishing power he could have had for life and returning to his farm. Two of our greatest presidents were struck down, Abraham Lincoln by an assassin and Franklin Roosevelt by grave illness, at a moment of transcendent victory. Such a history of exceptional leaders is a blessing but also a weakness when things go wrong. Americans were drenched with disillusion for decades after a young president was struck down in 1963, well before his great promise could be fulfilled.

So, we take our good fortune too much for granted and are shattered when we meet setbacks. We were blase through most of the past 25 years of low-inflation economic growth and nearly bloodless victory in the Cold War. The past several years, we have been dismayed by a war whose human cost was relatively low, and now, we are reeling amid a financial crisis few of us seem able to understand.

We come out of the first period of consecutive eight-year presidencies since the administrations of James Madison and James Monroe saying that we believe our nation is headed in the wrong direction and that our children's lives will be worse than ours. If it is any consolation, recent histories by Daniel Walker Howe, Sean Wilentz and Walter McDougall tell us that the Americans of 1825, when Monroe left office, felt pretty much the same way. Yes, there were problems ahead for America then, as now. But there were great things ahead, as well.

Presidencies do not turn out as presidents or their constituents expect. Bill Clinton hoped to lead a revitalized Democratic Party to creative domestic policies. But most of his policy achievements were made in cooperation (or conflict) with a Republican Congress. George W. Bush hoped to champion bipartisan domestic policies and pursue a "humble" foreign policy. Sept. 11 changed his focus.

He did get passed some arguably constructive bipartisan legislation -- the education accountability law, the Medicare prescription drug benefit. But like his predecessor, Bush has personal characteristics that Americans on the other side of the cultural divide absolutely loathe.

He liberated Iraq from the tyranny of Saddam Hussein and, after an agonizingly long period of muddle, seems to have achieved success -- the establishment of a stable and at least somewhat democratic and friendly government in the heart of the Middle East.

He set in motion an astonishingly generous program to combat AIDS and an effective foreign aid program in Africa. Building on the work of the Clinton administration, he has established close ties that amount to something like an alliance with a rapidly growing India. Our relations with most European nations, with Pacific allies like Japan and Australia, and with the Latin American giants Brazil and Mexico are good, for all the carping of their chattering classes.

Yes, problems remain. Our symbiotic economic connection with China may seem tenuous, and the prophecies that economic growth would produce a more benign regime have yet to be fulfilled. Bush plainly misjudged Vladimir Putin, whose Russia seems more menacing and expansionist than almost anyone expected. We have failed to stop North Korea from getting nuclear weapons, and we seem to be failing to stop Iran's nuclear program, as well. But this is far from the most threatening world America has ever faced. Compare 1940-41, when Adolf Hitler and Joseph Stalin were allies and in control of most of the landmass of Eurasia.

"All political careers end in failure," said the British parliamentarian and classical scholar Enoch Powell. It is not a thought congenial to Americans. But of course, when we think harder about our great leaders, we see that they left big problems unsolved. George W. Bush's critics, like Harry Truman's as he prepared to leave office in 1952, seem to want him to admit he has failed. But Bush, like Truman, appears to understand what I think our history actually teaches: that, contra Enoch Powell, our triumphs are never as complete as they seem, and our setbacks never as dreadful.