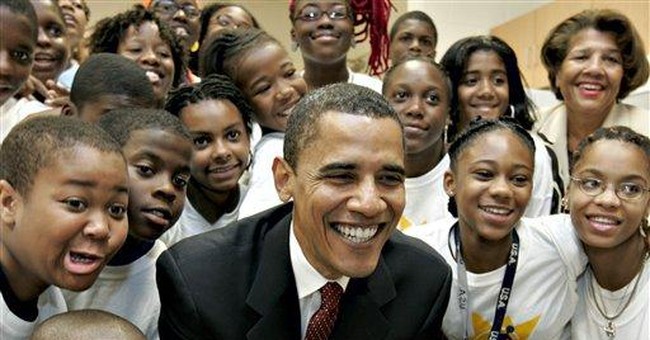 For the past 15 years, our politics has been a civil war between two halves of the baby boom generation (generally taken to include those born between 1946 and 1964). We have had two presidents who were born in 1946 and graduated from high school in the class of 1964, which had the highest test scores in history.

Both those presidents happened to have personal characteristics that people on the opposite sides of the culture war absolutely loathe. We first saw the acrimony of the boomer civil war in the 1992 vice presidential debate between Dan Quayle (born 1947) and Al Gore (born 1948). We see it in the hate-filled reactions to Bill Clinton and George W. Bush. And we are tired of it. Most voters would like to move on to something new.

It's not clear whether we will. Right now, the Democrats seem likelier than the Republicans to nominate the next president, and the candidate they seem likeliest to nominate is Hillary Rodham Clinton (born in 1948). She tends to polarize voters in much the same way her husband and his successor have. Her favorable-unfavorable in poll after poll runs around 49 percent favorable and 47 percent unfavorable. That means: a) she can win and b) she can lose. Obviously, many Democratic primary voters are troubled by the existence of this second possibility in a time when other factors are so positive for their party.

The leading alternative, Barack Obama, has presented himself from his first moment on the national stage, at the 2004 Democratic National Convention, as a man who wants to move us beyond the boomer civil war by emphasizing what we all have in common. Born in 1961, he came in at the tail end of the baby boom generation, and in his book "The Audacity of Hope," portrays himself as having a very different generational identity.

His favorable-unfavorable ratio is much more positive than Clinton's, and he obviously has a greater upside potential. It's possible to conceive of him winning a larger percentage of the vote than either of the boomer presidents won in their re-election years (49 percent for Clinton, 51 percent for Bush). But he also has a greater downside potential, given his lack of executive experience and relative untestedness on the campaign trail.

As a senator, Clinton has tried to move beyond the boomer civil war herself. She has worked conscientiously on the Armed Services Committee to learn more about the military and has made the valid point that she has more experience in the White House than almost any other presidential candidate in history. She has stressed her lifelong religious faith and has provided no basis to doubt her sincerity. But she has also had to respond to the Democratic left's demands for ever-angrier opposition to the military effort in Iraq. And she is still inevitably tied to her husband, who had high professional job ratings but low character assessments. She can argue that she has not stopped thinking about tomorrow, but she is inevitably tied to the 1990s.

Most of the leading Republican candidates do not have this problem. Rudolph Giuliani (born 1944) is still perilously close to being identified as a boomer, but his stands on many cultural issues and his personal life are closer to the half of the boomer generation that backs the other party. John McCain (born in 1936) is a heroic member of a different generation, one whose leading politicians typically served in the military (Edward Kennedy, Walter Mondale, Michael Dukakis). Fred Thompson (born in 1941) had at least one child who was a boomer and is the father of two young children today. Only Mitt Romney (born in 1947) is clearly a boomer -- one who has lived his life and has taken positions (albeit some of them recently) that clearly identify him as part of the conservative half of his generation.

All of which suggests that the Republicans are better positioned than the Democrats to move beyond the boomer civil war. But some things may keep us there. Attitudes on Iraq are reminiscent of those on Vietnam, the war that split the baby boom generation in two. Abortion, though overemphasized by a press full of aging boomers, is still a proxy for the cultural issues that divide their generation. Global warming is advanced by liberal boomers like Gore with an intensity that makes it less a technical or scientific matter and more like a religious faith -- the stuff of culture wars. It's not clear that voters who want to move on will get their wish.