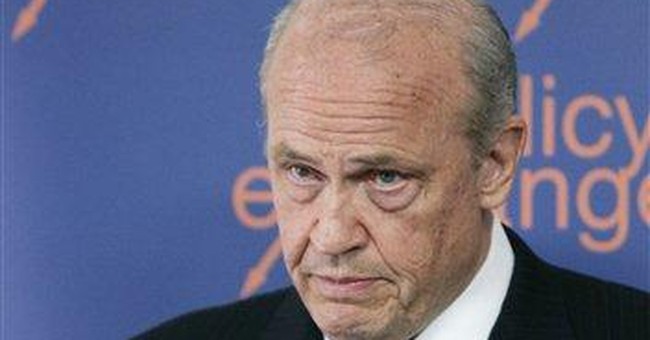 The shape of the Republican race has plainly changed over the past six months. In the 15 December and January polls compiled by realclearpolitics.com, Rudy Giuliani averaged a narrow 30 percent to 24 percent lead over John McCain, with 7 percent for Mitt Romney. In the 28 February and March polls, Giuliani's lead over McCain increased to 35 percent to 20 percent, with 8 percent for Romney.

In March, Fred Thompson announced he was considering running, and in the 19 April polls, Giuliani's lead over McCain fell to 30 percent to 19 percent, with 10 percent for Romney and 11 percent for Thompson. The 26 polls taken in May and June show yet a different picture. Giuliani still leads, but with only 26 percent; McCain, with 17 percent, is barely ahead of Thompson, at 15 percent, and trails Thompson in polls taken since Memorial Day. Romney stays at 10 percent.

The plot thickens if you look at the polls in Iowa and New Hampshire. Romney alone of the candidates has been buying television time there, and he sprinted ahead to leads in New Hampshire in April and in Iowa in May. His obvious strategy is to spend plenty of the large sums he has been raising in these early states and hope for a bounce that will propel him ahead in the many contests soon after. It remains to be seen -- perhaps until December or January -- whether Romney's lead is sustainable when other candidates start matching his Iowa and New Hampshire ad buys. Also to be seen is whether Giuliani and McCain, who bowed out of the Aug. 15 Iowa straw poll, will skip the caucuses there, as well.

Why is the Republican primary electorate so fluid? One reason is that none of the candidates matches, or has matched until very recently, the issue preferences of the conservative Republican base. That's why Thompson, who seems to be a closer match, has moved up rapidly, to the point that he led Giuliani by 1 percent in the most recent Rasmussen poll.

Another reason is that Republican voters this cycle, like Democratic voters in 2003-04, fear their side will lose and are looking for a candidate with "electability." Democrats last time settled on John Kerry -- a miscalculation, it turned out. Republicans this time are still looking around. For that reason, Thompson's standing in pairings against Democrats may be as important for his candidacy as anything else. He's got to show that he's as electable as Giuliani, who has led Democrats in most but not all polls this year.

Democrats are more confident this year, with some reason. Polls show that voters prefer a generic Democrat to a generic Republican by solid margins. And Democrats seem pretty settled in their preferences for candidates. Hillary Clinton averaged 34 percent in December-January polls, 36 percent in February, 34 percent in April and 35 percent in May-June.

The Democratic electorates in the early contests are more similar to their national electorates than their Republican counterparts, with the exception of Iowa, where Edwards has been campaigning nearly nonstop since 2004. But the two most recent polls there show him slipping behind Hillary Clinton. The $400 haircuts and the $479,000 gig at the hedge fund (to study poverty, he says) seem to be hurting there.

On one thing the two sets of candidates seem to be converging. The Democrats continually attack George W. Bush, and the Republicans increasingly have critical things to say about him. All the Republicans but John McCain oppose the immigration bill he supports, and all including McCain have tried to suggest in various ways that they will prosecute the struggle against Islamist terrorists more competently than Bush. They'll need to prove that to get nominated -- and to overcome the Democrats' generic edge in November.