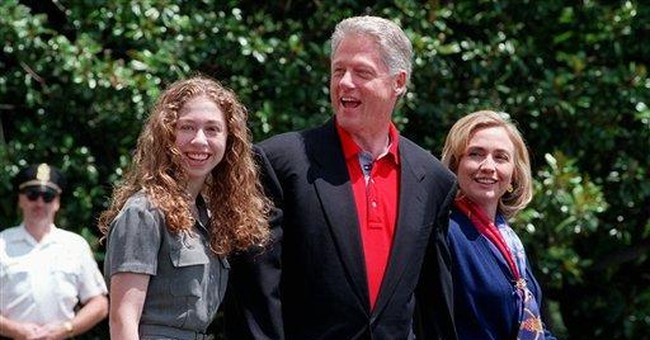 The weakness of Republicans among young voters is one reason -- and, you could argue, the main demographic reason -- that Democrats go into the 2008 campaign as the party more voters would like to see win. Democratic candidates do not always run ahead of Republicans -- Rudy Giuliani has been running ahead of Hillary Clinton in most polls. But if the Republicans are to regain the narrowly held majority status they enjoyed for 10 years (they got more votes than Democrats in the six House elections from 1994 to 2004), they are going to have to run better among the young. Among other reasons: They are going to go on voting for a lot longer than the rest of us.

Bush's failure to win over young voters was not for lack of trying. His conviction, and Karl Rove's, was that his proposal for changing Social Security would surely appeal to them. Logically, it should have -- because those in their 20s today have the most to gain from reform. In their report last month, the Social Security trustees told us that Social Security costs will exceed revenues by 2017.

So just 10 years from now, Congress will have to start dipping into other government revenues just to pay off Social Security beneficiaries. By 2041, when today's 21-year-old voter will be 55, Social Security will finance only 75 percent of benefits. The government will have to raise taxes, borrow more or cut other federal spending programs.

Changing the system to allow individuals to have personal investment accounts could avoid this crunch. But when Bush's call for doing that was opposed by Democrats, the response of young voters seemed to be, "Whatever."

My sense when I look at what young voters tell pollsters is that they assume that everything is going to be just fine if things roll along pretty much as they are. They have grown up in an era, lasting nearly 25 years now, when we've had low inflation coupled with economic growth 95 percent of the time. They may grouse about gas prices or paying off college loans, but they're able to get jobs that mostly pay pretty well and often are more interesting and less backbreaking than the vaunted factory jobs of the past.

They have grown up in an era when personal choices that were stigmatized as immoral not so long ago are accepted and even respected. You can live with your girlfriend or boyfriend before you get married; you can be gay -- nobody is going to give you a very hard time. In fact, young people are delaying childbearing until marriage more than they used to and seem to be divorcing somewhat less often. We're learning as a country to balance freedom with responsibility.

The one issue on which young people seem dissatisfied with things as they are is the military conflict in Iraq -- that would be with the exception of most of the young people who have served there and who are re-enlisting at higher than projected rates. The attitude of those without military ties seems to be: If we just get out of Iraq, if we just get rid of George Bush, then everything will be all right. We won't see suicide bombers and improvised explosive devices on our television screens; we won't see mass demonstrations by Europeans and Muslims against us; we won't have all this controversy and bitterness in our partisan politics.

Today's 21-year-old was 3 when the Berlin Wall came down; his or her parents were born well after World War II. Unlike people who lived through the experience of 1914-1918 or 1939-1945, they have no reason to draw the conclusion that everything can -- and sometimes does -- go terribly wrong.