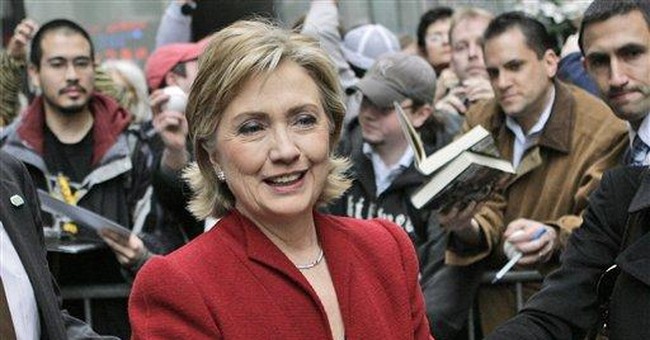 The single most glaring defect in our mostly admirable political system is the presidential selection process. You can point to other defects -- the equal representation of the states in the Senate, judicial usurpation of decision-making on sensitive issues -- but the downside risks are greater in the selection of the one official who is far more powerful than any other. So what's wrong with it?

It starts too early, takes too long and ends too abruptly. Thirteen months from today -- and 10 months before the general election -- we will probably know the nominees of both parties. Some candidates have been busy running most of last year, and now they're busy announcing their exploratory committees. So anyone who doesn't want to devote two or three years to nonstop fund raising and campaigning is ruled out. That would have eliminated past candidates like Dwight Eisenhower.

Then the races for the nominations tend to end abruptly. Iowa caucus-goers and New Hampshire primary voters -- fewer than 350,000 people in a nation of 300,000,000 -- effectively chose the Democratic nominee last time, a choice many Democrats now regret. In 2000, 573,000 South Carolina primary voters effectively chose George W. Bush over John McCain.

It excludes many serious candidates. There's an assumption that anyone who hasn't held elective office is ineligible, which means that almost no one with actual working experience in the White House runs. The exceptions for 2008 are Hillary Rodham Clinton and, if he runs, Al Gore. Talented White House veterans like Hamilton Jordan or James Baker aren't considered presidential timber. The exception to the rule was Colin Powell, but he didn't run.

Instead, there's an assumption that just about any U.S. senator, no matter how bereft of managerial experience, is eligible. John Edwards used the proceeds from a $25 million lawsuit to win a Senate seat and has spent most of his time since running for president. Barack Obama won a Senate seat over weak opponents and delivered a stirring speech at the 2004 Democratic National Convention, and now he is off and running, too.

Edwards and Obama are, in different ways, mesmerizing speakers and may turn out to be good managers, as well. But we have little way of knowing whether they will.

The process gives too much power to Iowa and New Hampshire. For years, I've thumbed through the Constitution, looking for the provision that says that Iowa and New Hampshire come first. I haven't found it yet. Neither state, as Michigan Sen. Carl Levin has pointed out, is remotely typical of the nation. For this cycle, Democrats are adding early contests in Nevada and South Carolina. They're not typical, either: The Las Vegas unions are the big power bloc in Nevada, and about half of South Carolina's Democratic voters are black. A better system would be the Delaware plan, which Republicans considered briefly but rejected.

It had four rounds of primaries, with the smallest states voting first, so that no one could clinch a nomination till the last round. But no politician with any thought of ever running for president (i.e., almost no politician) will risk dissing Iowa and New Hampshire.

So what can we do? The best answer I come up with is: Muddle through. We are not going to have a national primary or the Delaware plan or an open convention. Voters should keep in mind that character as well as issue positions is important. They should study all available clues about the managerial abilities of candidates like Mitt Romney, whom they haven't seen in action (as they have seen Rudy Giuliani).

This is the first election in 80 years in which it's clear that the incumbent president and vice president are not running. The system, for all its defects, has mostly given us pretty good presidents. Let's hope America's luck holds.