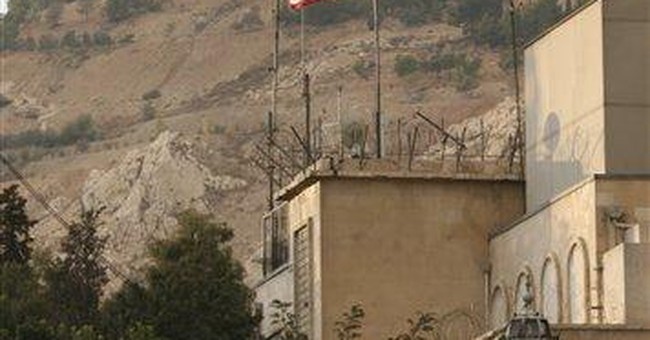 On Monday, the Los Angeles Unified School District (LAUSD) opened the most expensive school in American history: the $578 million Robert F. Kennedy Community Schools complex. As reported in the Wall Street Journal, the 24-acre complex costs roughly $140,000 per student. Parts of the school were designed to replicate historic buildings on the grounds where the school was built, including the Cocoanut Grove nightclub. In the warped logic that justifies so many government decisions, somehow a nightclub seemed the perfect environment for a student to learn mathematics and history.

The shocking sticker price for the Los Angeles school grabbed headlines across the nation. But in Southern California, at least some teachers weren’t expressing outrage about such wasteful spending on buildings at the expense of students. Less than 48 hours after the opening of LAUSD’s extravagant school structure, members of the United Teachers Los Angeles union were outside the Los Angeles Times building, protesting the newspaper’s recent publication of a database which evaluated teacher performance in the school district.

According to the Times, the online database ranked 6,000 third- through fifth-grade teachers “by their effectiveness in improving students' scores on standardized math and English tests during a seven-year period.” The paper also explained that the “value-added method looks at previous student test performance and estimates how much a teacher added to or subtracted from a student's progress.” Teachers howled that this was unfair, since teachers are “more than test scores.”

The United Teachers Los Angeles pronounced it “the height of journalistic irresponsibility to make public these deeply flawed judgments about a teacher's effectiveness."

Since when is it flawed or irresponsible to demand accountability? When taxpayers pour billions into the public education system every year, doesn’t it make sense to determine whether that money is being spent effectively and efficiently?

One teacher even vented, "The Times has reneged on its mission of telling the truth." Really? It seems like the LA Times is finally living up to its journalistic responsibilities by offering the facts and letting readers decide. Another teacher claimed that some of her peers were “despondent over the rankings.” Is there any consideration of the feelings of students trapped in the classrooms of these “despondent” teachers—the students not being equipped with the skills necessary for a prosperous future?

The teachers shouldn’t be too worried about the Times’ exposé since their union is now defending their shameful ineptness at instructing students.Union protection of its bloated, inefficient bureaucracy has reached ghastly levels in the Golden State. The same unions that are protesting a newspaper reporting on the quality of their members are among the biggest political players in California. One of their key focuses this election year is Proposition 25.

Proposition 25, which will appear on the November ballot, would remove the two-thirds legislative vote requirement for passing a budget—and passing tax increases. Instead, a simple majority of the legislature, or the controlling political party, could pass whatever budget they want without any input from the minority party.

California’s budget is often passed long after its constitutional deadline. In just a few days, the legislature will set a new record for failing to pass a state budget on time. Proposition 25 backers claim that a simple majority vote would ensure the budget is passed on time. But in a legislature dominated by Democrats, Proposition 25 would give the controlling party carte blanche when it comes to feeding the unions and expanding bureaucracy—all at taxpayer expense.

It’s common for teachers unions to throw around huge dollars in political campaigns just to safeguard their interests. But ridding the state constitution of the added taxpayer protections in a two-thirds budget vote would clear the way for unions to get whatever they want—including the kind of wasteful spending found in LAUSD. Keep in mind LAUSD is currently grappling with deficit of $640 million. The $578 million school could have covered almost the entire deficit. Although bond measures financed the school’s construction, such wasteful spending is not uncommon throughout the school system.

Big unions are the biggest hindrance to the education reforms so desperately needed. Bankrupt school districts and the union leeches can keep building their monuments to mediocrity. But eventually, their work product won’t have the education or skills necessary to keep financing such vapid opulence.