Health Care Attack on Both Coasts 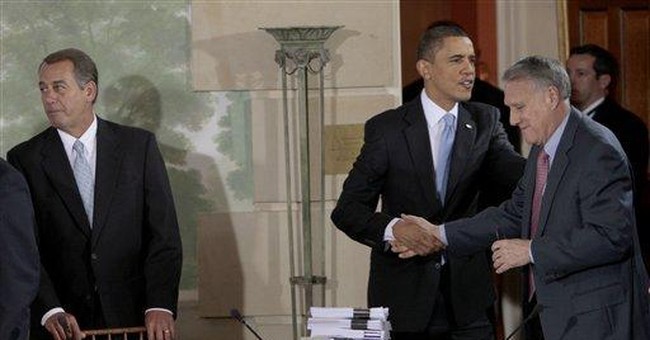 One thing is clear from the Healthcare Summit at the Blair House today: the President Congressional Democrats are more committed than ever to forcing their healthcare takeover on a resistant citizenry. The latest iteration of the monstrous healthcare legislation contains much of the same budget gimmickry, tax increases and government control as previous versions. Just when Americans thought they had killed Obamacare, it came roaring back to life, and with an even fiercer determination to live.

But the healthcare battle isn’t just raging in Washington, D.C. California’s State Senate recently passed SB 810, the newest version of universal healthcare to be debated in the state’s legislature.

For good or bad, California has long been a leader in progressive government policy. One of the largest states in the union, its economy is the size of a small country itself. Laws and policies in California govern 37 million Americans. So it’s no wonder that many of the ideas tried on the Left Coast make their way east to Washington, D.C. It can be either a curse or a blessing, but what happens in California doesn’t stay in California.

For the past five years, the Assembly and Senate have introduced, debated and sometimes passed some form of universal healthcare legislation. Two years ago director Michael Moore even visited the state capitol to testify in favor of that year’s version of socialized medicine. But every year the healthcare bill has been passed by the legislature, the governor has prudently vetoed it.

The California legislature’s passage of socialized medicine in a year where the issue is wildly unpopular nationwide shows just how out of touch California’s elected officials have become. A recent Rasmussen poll on the national healthcare reform bill showed 58% of Americans oppose the plan. And Americans, unlike their representatives, understand the right priorities for the nation right now; the Rasmussen poll also found that 61% of Americans want Congress to drop the healthcare issue and focus on jobs and the economy.

California’s economic problems are even worse than the rest of the nation. Standard & Poor’s recently downgraded the state’s credit rating to an A-, the lowest of any state in the country. The unemployment rate in California now tops 12%, not including those who have stopped looking for jobs, which could raise the rate to as high as 20%.

And California’s perennial budget deficit is continuing to worsen. State Controller John Chiang reported recently that the state will be out of money by April. But California Democrats continue on with their agenda, heedless of the carnage they leave in their spendthrift wake.

SB 810’s single-payer healthcare system is estimated to cost California $200 billion dollars. It’s a mind-boggling price tag, especially considering the state faces a $20 billion budget deficit that will require more state spending cuts. And emphasizes the reckless behavior of legislators who would pass a healthcare bill at a time when the state is almost bankrupt. But these numbers don’t seem to matter to the irresponsible Democrats who have spent California’s wealth and driven away its wealth-producing talent.

Only one Democrat was sensible enough to join Republicans in voting against SB 810, Senator Lou Correa from Orange County. He explained that his priority is “jobs, jobs, jobs, and not some bill without details. I do believe we need health care reform in this state, but this is not it.” One of his chief concerns with the bill was its enormous cost and the fact that like its counterpart in Washington, D.C., it’s lean on details about its actual implementation. If only Correa’s peers shared his concern.

Washington Democrats should take note of California’s healthcare problems and the attempt to create a government-run system to try and save the state’s healthcare woes. As the Wall Street Journal adeptly pointed out in an article earlier this week, insurance premium rate hikes are the direct result of government’s meddling in private insurance companies. The CEO of insurance company WellPoint was grilled in a Congressional committee hearing this week, lambasted for the company’s plan to raise insurance rates by almost 39% for some of California’s Anthem Blue Cross customers.

The Congressional interrogators should have looked to their Sacramento peers, not WellPoint, in seeking answers to the rate hikes. Year after year the state legislature passes onerous restrictions and mandatory coverage for more and more ailments. Private insurance companies cannot keep up with such mandatory coverage without passing costs on to their customers. SB 810’s plan to completely take over insuring all 37 million Californians would plunge the state into an economic hole from which it would never recover.

California has always been admired for its innovation, leadership and boundless opportunity. But lately, the state has garnered the reputation of the cautionary tale for every other state government. The state’s leaders continue to push their agenda on a citizenry already suffering from the reckless behavior of its leaders. California needs reform alright, but not in its healthcare system—in Sacramento.