Should Conservatives Prepare for Civil War?

Matt Vespa
|
Posted: Jul 21, 2020 6:05 AM
Share   Tweet
The opinions expressed by columnists are their own and do not necessarily represent the views of Townhall.com. 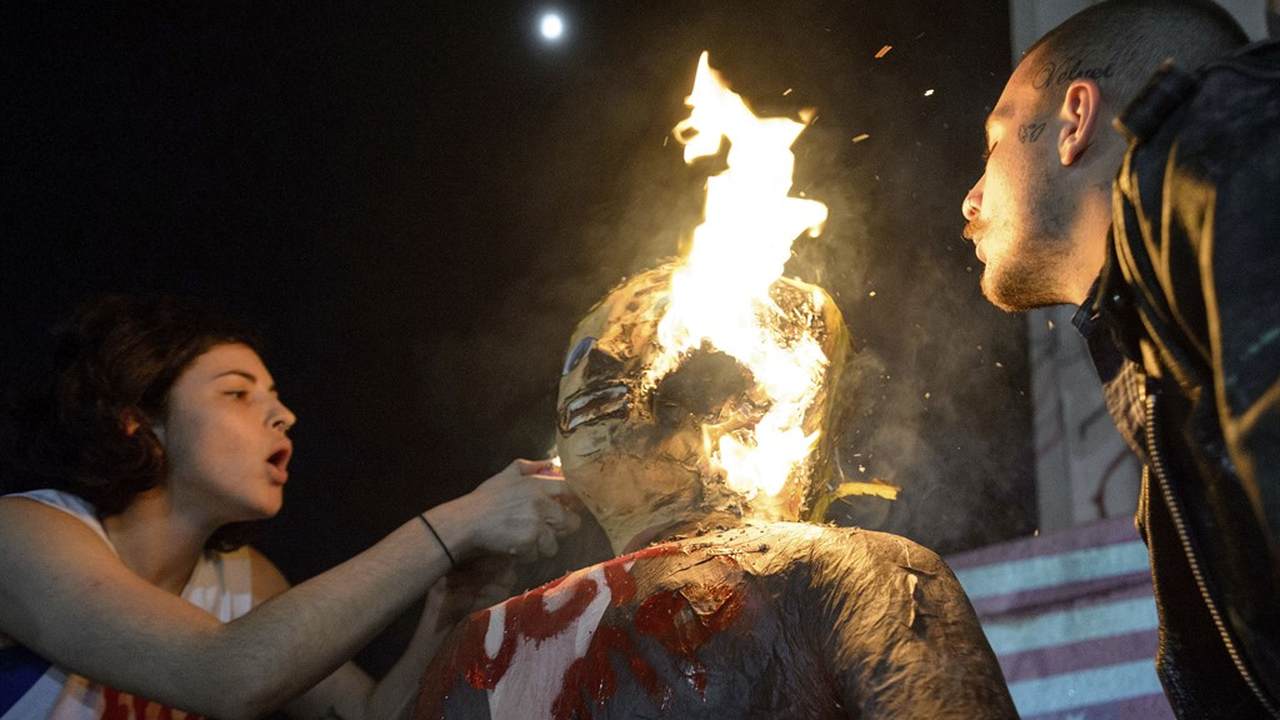 Let's flashforward to November 3, 2020. It's Election Day. The National Football League has canceled the fall season. Major League Baseball has also shuttered for weeks thanks to the COVID pandemic. And Americans head to the polls to decide if Donald Trump should or shouldn't get another four-year term in office. Win or lose, it's going to be a hellacious time.

It's going to be violent. There will be unrest. And the tantrums seen in the aftermath of the 2016 election will look like Mr. Roger's Neighborhood compared to the mayhem that will be unleashed if Trump wins another term. Think Minneapolis, New York City, and most of urban America during the George Floyd riots and then times it by twenty.

If Trump loses, there will also be widespread protests over notions that he was cheated in the contest. If Democrats have their mail-in ballot way, that will surely be a cause for concern. There are already more voter fraud stories popping up as localities offer alternatives to in-person voting over COVID concerns. Frankly, the reasoning behind the unrest is immaterial.

We both hate each other. Liberals hate us. Conservatives have yet to reach the levels of hatred our enemies have for us. It's maddeningly annoying that, to this day, there are still a few on the right-leaning spectrum of politics who think we can still be friendly with these liberal vermin. We can't. Again, they bloody hate us. We have yet to learn that we must hate them more in order to win—and that this is a wartime situation.

Liberals are fine letting cities burn if it means beating Trump. They will peddle this "defund the police" nonsense to create more chaos and more violence in order to breed a narrative that Trump caused all of it. They still can't get over the 2016 election. Statues of American heroes and the Founding Fathers are being destroyed. The Fourth of July was smeared as a white nationalist extravaganza. Brand names are rushing to change to avoid being torched by the left-wing mob. The standard of perfection is not achievable under the "woke" ethos of liberal America. That's the point. It makes it easier to slash and burn it all—and then start anew. First, America must be destroyed—and they're doing it little by little. Folks, armed lefty militias seized a portion of an American city, Seattle. It was quasi-endorsed by the city leadership. The state government simply shrugged. Armed thugs took control of a large section of an American city—and no one in the liberal media thought that was odd. The Democrats didn't think it was odd. If Joe Biden wins, expect similar anarchic situations to arise because this party is now proudly anti-police and pro-rioting.

The latter can only explain how the Democrats decided that protesting/rioting is acceptable outdoor behavior, but everything else is not in the age of COVID. It's why they're cutting police budgets, killing overtime pay, and hamstringing law enforcement from doing its job. New York City is bound to be a crime-ridden haven for years if things don't turn around. You have crime spiking because doofus Bill de Blasio spits in the face of the NYPD and allows these things to gather to "protest." And people wonder why there was a 400 percent surge with cops filing their retirement papers. And if you think there are enough cops to fill the positions of those leaving, think again. This is "woke" governance. You cater to the demands of the lefty mob, paint BLM murals, but don't give a s*** that black lives are the ones getting blown away in the streets.

Democrats have made it clear that if they retake the Senate, they will nuke the legislative filibuster. Every insane lefty project will become law. Defunding the police will be a national effort. Speech codes will pass. Gun confiscation will pass. Mount Rushmore will be destroyed. Historical sites to our Founding Fathers torched. Okay, maybe not torched, but Mount Vernon and Monticello will be shut down for sure. Every aspect of American history that the Left views as racist, which is everything to them, will be wheeled under the guillotine. And I'm only scratching at the top layers of the insanity here.

Conservatives often get queasy about doing what is necessary to truly defend our freedoms when the enemy is at the gates. The Marxists are here, folks. Fix bayonets. Dare I say, forget about being decent and fair. It gets you nowhere if you lose. Conservatives need to be willing to do anything to win this election. And prepare for anything, whatever the result. There is nothing ignominious about loving this country and wanting it to remain free. That can only happen under Republicans. In the words of Barry Goldwater, "extremism in the defense of liberty is no vice." The Right needs to take that to heart. It may lead down very dark roads, but if defending this country from the likes of the far Left means the road to maintaining America as the land of the free and the home of the brave is paved with the blood of fellow Americans, then so be it.

Drew Holden listed some very good reasons for why a calamity awaits us in November. In a Twitter thread, he noted that the aftermath will "likely be an unmitigated disaster that threatens national unity in a way we haven't seen since the Civil War."

Feel like we don’t talk enough about the fact that the immediate aftermath of the 2020 Election, no matter what else happens, will likely be an unmitigated disaster that threatens national unity in a way we haven’t seen since the Civil War.

I’ll write about this as soon as I can, but a quick short list of reasons:

If you want Dems in charge, you’re nuts.

"We won't immediately know who won [the election], we hate each other for partisan reasons unlike any time in 150 years," he added. "Both sides will likely contest the outcome all while we reckon with a global pandemic."

Yeah, those are all logical points. He then noted that even Trump is starting his "we'll see" attitude regarding the outcome of this election. Democrats will lie, cheat, and steal to win an election. It's time for Republicans to feel comfortable with this mindset. Politics is war by other means. It's time we recognize that and realize that in the end, it's all s***. All of this is done in the gutter. There will always be conniving, backstabbing, corruption, and other unpleasantries associated with politics and there's no changing that; we're human. It is what it is. Period. There is no "better" camp. There is no moral high ground. It's always been a pile of s***, but one must tolerate it in order to prevent total anarchy. It's about power—and I'd rather have the Republican Party wielding it.

Americans are already arming themselves in the wake of the rioting, with nearly 10 million Americans becoming new gun owners during the COVID lockdowns and Floyd riots. The police have shown they're incapable of enforcing the law or maintaining law and order where Democrats hold office. It's possible. I can argue right now we're in a cold civil war between red states and blue states, rural vs. urban right now. There are two distinct cultures in America. And both cannot occupy the same space. One has to win, and one has to lose. There must be a victor, however that may come about. I'm indifferent as to how we win that contest, by the way. Body bags or ballots?