As Tea Party Fades, Paul Disciples Emerge as Next Organized Force in GOP 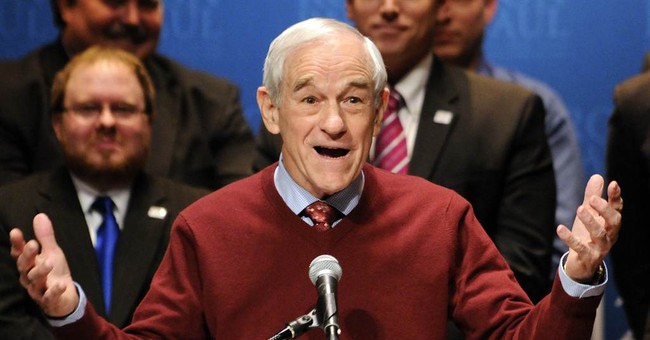 While speaking with another who is constantly polling and checking the pulse of the public, the conversation quickly moved to the inordinate fear that so-called "establishment Republicans" have of the "tea party." Trust me, they are terrified when the name is even casually brought up. But I quickly found that both of us shared a rather strong belief: The organized tea party movement is now so diffuse that, as a singular political force, they will cease to matter in most "red state" GOP primaries in 2014 and even less so in general elections.

Splintered into all types of subgroups, including one bizarre marriage that generally ultra-left groups call the "green tea party," the wheel-intended wheels are coming off any concerted and organized effort to influence elections, as we saw take place in 2010. Oh, yes, many conservatives still support the old philosophy of less spending and less taxes espoused by the various tea-party-related entities in 2010 and 2012. But they have no centralized message and splinter groups such as "green tea" so confuse their natural base that their clout is waning as a force to be reckoned with.

But those leaders who are often named "RINOs," "neocons," or "Bushies," regardless of whether any of the terms really fit, have plenty to fear in the next few years. They are just focusing their attention in the wrong direction.

What has not been widely reported by many in the media has been the growing noise that those who followed the philosophy and numerous presidential efforts of Ron Paul, and who have now progressed to son and Kentucky U.S. Sen. Rand Paul, have managed to make at various Republican statewide conventions and meetings in the past year or so, throughout the nation.

Their emergence is more like that of the Moral Majority and Christian Coalition, both of whom played a huge role in GOP politics during the 1980s and certainly the 1990s. Their rise to power, like that of the so-called "Paulites," was more methodical in nature and took longer to mature than that of the tea party movement, which burst on the scene just a year or so before it literally helped change control of the U.S. House of Representatives in the 2010 elections.

Unlike the tea party of recent years, the support for the "Paulites" is likely less prominent among voters. But their strength at the intra-party level is much stronger than that of the rudderless and leaderless tea party movement of 2013. And with the emergence of a more polished and less polarizing national leader, that of Sen. Paul, they may begin to pick up an increasing percentage of support among GOP primary voters, many of whom identified with the tea party philosophy of old.

Their true ascendance will come this year, as they will likely follow the pattern set by leaders of former presidential candidate and Christian Coalition leader Pat Robertson in the early 1990s. They will have mastered the party rules they didn't understand in past years. Their boisterous activity at previous GOP state conventions will turn into better organized and more "crowd friendly" potential power brokering in the next few years.

And their once unpopular positions on issues such as U.S. military intervention abroad, absent some major turn in events, will become a potential winner with conservatives and independents who are clearly war weary.

The true power of groups such as the tea party and the "Paulites" is more their ability to launch a candidate of their own in a GOP primary. For a gubernatorial or congressional seat take enough of the vote to force "establishment" Republican candidates into uncomfortable and costly runoffs or to take positions they would normally not take.

And that's not a bad thing. The beauty of the tea party was that it touted true liberty and fiscal constraint. And make no mistake; there are plenty of tea party organizations still sticking to those simple but popular themes.

But with so many cooks in the kitchen and so many mixed messages, it is clear that the next "New, New Thing" in GOP elections will be the emergence of those who support not only a Rand Paul presidential run but also an overhaul of the GOP as a big-time factor in Republican politics. The consultants and pundits paid or beloved by those in power will dismiss such talk. That is until, as was the case with the Christian Coalition or tea party of past, they have to admit the truth.