History Repeats Itself as GOP Eats Its Young 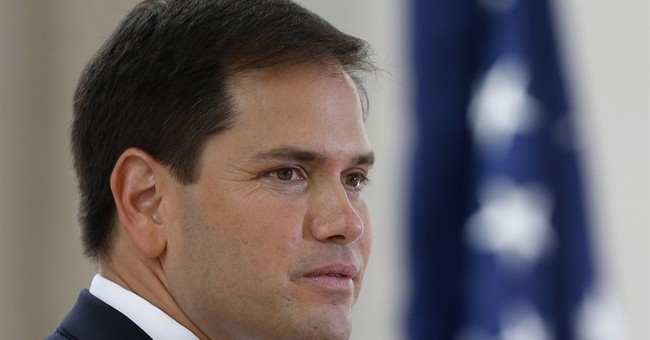 A saying that has haunted Republicans for decades appears to be one that will be repeated often in the next few years -- that being, "Republicans eat their young."

Consider this fact: Since 1988, the few rising "younger" names who have received the GOP nomination for president and the few who fit that bill and received the VP nomination were politically battered by segments of the party. Only one name on the presidential level -- Bush -- has managed to escape the fate of so-called "fresh face" potential GOP presidential nominees.

On the vice presidential level, the modern outcome has been somewhat brutal. Dan Quayle entered as the "rising leader" as George H.W. Bush's nominee in 1988 and was immediately pummeled by the press over his past in the Nation Guard. What was in reality a very eloquent and bright conservative leader was given essentially a "gag rule" by Bush campaign staff, leading to a loss of self-confidence that ruined his perception by the public.

And Quayle's treatment paled in comparison to the beat-down Sarah Palin received in 2008. Conservative Republicans adored her, but the party establishment winced and frowned at her comments -- most of which were refreshingly bold and far too human to be appreciated by the Republican Establishment.

Enter Paul Ryan, who broke free of the mold in 2012 with a "daring" move by Mitt Romney to put a fresh face on the ticket. Ryan, relatively speaking, went on to escape much of the severe treatment Quayle and Palin endured.

But with the Republican Party chasing its tail in search of an identity and the looming threat of a Hillary Clinton candidacy appearing increasingly likely, Republicans from all sides seem to be sharpening their teeth to assure a fragmented, out-of-touch and "built to fail" effort in 2016.

Ryan is under attack by moderate Republicans in the House who openly oppose his strong approach to serious budget cuts. They view his work as unrealistic and just too "tea party-ish." Most Washington GOP powers curse the tea party movement in the darkness, while still trying to appear supportive of it in the hot lights of the television news cameras.

But Ryan is not alone, and the "GOP Establishment" is not the only culprit in this endless assault on rising Republican leaders.

Marco Rubio and Ted Cruz, two GOP members of the U.S. Senate and likely 2016 presidential candidates, are under attack both from within and outside of their party.

Rubio, who by almost any measure would be considered a strong conservative, is under assault by some in the tea party movement in his home state of Florida. Regardless of his strong conservative stand on numerous issues, they deem Rubio a traitor because of his support of recent immigration legislation in the Senate. They vow to take him down when he faces re-election -- which, ironically, would come the same year as the next presidential contest.

Of course, Ryan has also expressed a desire to support some form of immigration reform, but he has not been confronted with the stark reality of actual votes on such legislation.

Then there is the case of Cruz of Texas, who has been climbing the conservative political charts at a meteoric rate. Cruz opposed the immigration reform bill and has tea party friendly positions on other issues. But he's under attack over the question of whether his birth in Canada to a mother who was a U.S. citizen and a father who at the time was not disqualifies him from the presidency. Some say he fails to meet the "natural born citizen" constitutional requirement to be president. And that issue, not surprisingly, is not being pushed by just Democrats.

So with three years to go before the next election, the Democrats seem to be getting their ducks in a row, while the Republicans are finding a way to disavow virtually every rising star. Oh, don't forget that Kentucky Sen. Rand Paul is widely, if not openly, branded as a "nut" or "loose cannon" by the GOP's old guard.

Republicans give true meaning to the term "friendly fire." Is the only answer to 2016 another make and model from the Bush line? Clinton vs. Bush ... sounds all too familiar.