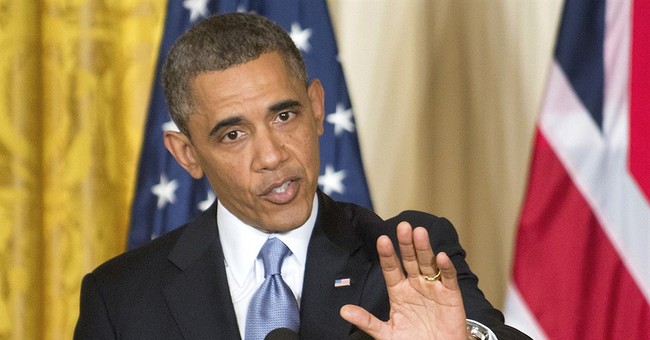 "When those liberals start mixing into policy, it's murder."

That quote came from none other than John F. Kennedy in 1962, taken from a source in a Newsweek article, and later discussed with his friend Ben Bradlee, then of Newsweek and later the head of The Washington Post during the Watergate years. It seems, looking back at Watergate and observing the events unfolding at lightning speed in Washington, that Kennedy was correct -- not only about pointy-headed liberals, but about any political crowd that becomes either so dogmatic or so comfortable with power that they begin to feel "too cool for school."

As usual, some reader will disclaim JFK's dislike for liberals during much of his term. But it is a fact, and friends such as Bradlee -- who certainly morphed toward the liberal side of things in his later years -- chronicled the struggle in his diary of conversations with JFK.

Of course, a liberal in 1962 and one today are likely two different animals. But the concept of those who feel their own sense of "manifest destiny" to be that of imposing their better judgment on everyone else remains a problem in 2013.

That brings us to the topic of likely every column to be written in the next few days, the "trifecta" of edited Benghazi talking points, IRS targeting of conservatives and the DOJ's decision to seek the opportunity to have a look at phone calls made to and by Associated Press reporters. Of course, we all know in the world of the media establishment which of these sins is the biggest -- that of snooping on The Associated Press.

But regardless, all three issues highlight the same general problems. As Kennedy noted (he did want to tell one of his liberal White House scholars that the quote had come from his close aide Kenny O'Donnell, but he never denied saying it), those who operate from a left-of-center philosophy generally see the world as one in which the unwashed, uneducated masses must be led toward enlightened policy.

President Obama has not been established as personally culpable in any of the three so-called "scandals" his administration now faces. But he is culpable for allowing his administration to be filled with those who seemingly are emboldened to act for the "better interest" of their cause, regardless of the manner in which the actions are conducted, explained or later defended.

Of course, one of the first defenses offered up by the administration has been to note that George W. Bush holdovers were involved in the Benghazi talking points "revisions," which helped in creating a tale of a YouTube video gone viral rather than a deadly radical Islamic attack on Americans, including our own ambassador. While Bush holdovers there may be, generally such government-types either take on the color of stripes of those they serve or get the heck out.

The same for the IRS decision to go the extra mile, so to speak, in basically harassing conservative groups -- including, naturally, tea-party-related entities -- over the legitimacy of claimed tax status.

And then there is the Justice Department's decision to have a little look at the phone calls of numerous AP reporters. Of course, this was allegedly done to determine the source of leaks over a sensitive matter of legitimate national security. But a cursory examination by the media indicates that the Obama administration has run circles around, say, the Bush administration in utilizing the exception that allows such snooping.

The point in quoting Kennedy (whose own administration used the IRS for some curious purposes, we are learning) is to note specifically that the issue before us is not and should not be that of Republicans versus Democrats. Some large daily newspapers have been running headlines that, while noting new controversies such as the revelations related to the Benghazi tragedy, include something like, "Divided Along Party Lines." That's nonsense, and those headlines only serve to make what are serious issues appear to be politically motivated.

No, this is a matter of philosophy of government. The Nixon administration was not, for the most part, as much one of "conservative values" as it was one devoted to destroying perceived liberals and basically anyone or any group that threatened its power. Nixon hardly embraced the concept of smaller government and made famous the concept of "executive privilege."

Now we are faced with an administration filled with many liberals who likely would be pleased to take down conservatives, and more importantly, an equally strong juggernaut that has had its way with everything from stimulus packages to a massive rework of health care.

Republicans must remember this as they deal with each of the three matters. This should not become a matter of political party, but of whether the unbridled philosophy of big government having its way ran amuck -- and who allowed it to do so.