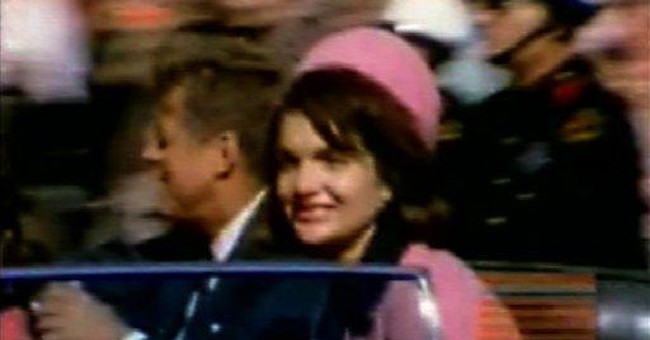 To claim that one has read a great deal about the assassination of John F. Kennedy is not unique. That's why the tragic day of November 22, 1963 led to a cottage industry of conspiracy books, non-conspiracy books, videos and movies. Best to say that the topic of Bill O'Reilly's new best-seller Killing Kennedy: The End of Camelot has been one of intense interest to me for many decades.

Among the hundreds, more likely thousands, of books written on the subject, few provide an unbiased and compelling narrative of not only Kennedy's murder and the days surrounding it, but the many aspects of his life and that of the nation months, if not years, before the assassination.

In 1967, historian and biographer William Manchester wrote what I still consider to be one of the most important works of non-fiction of the twentieth century. Manchester's book, The Death of a President, astonished many with its extreme detail of virtually every aspect of Kennedy's trip to Dallas, the assassination itself and the days leading up to and including the slain president's funeral.

The book took years for Manchester to write and was criticized by some for fitting into the category of "grapefruit journalism" or "grapefruit history," meaning that it was so detailed that the narrative included what those who were described in the book ate for breakfast. But it was Manchester's descriptions that verbally painted, years prior to the release of the Zapruder film, the bloody manner in which a final shot to Kennedy's head immediately ended his life and presidency.

Manchester, a master of descriptive words, enjoyed advantage over his contemporaries in writing the book, which, when completed, ran over 600 pages and according to Amazon.com, has a shipping weight of nearly two and a half pounds. The Kennedy family chose William Manchester to write the definitive story of the assassination and provided unprecedented access to interviews with family members, including extensive sessions with Jacqueline Kennedy. There later would be disagreement between the author and the Kennedy's over content and proceeds from certain efforts to sell excerpts of the book, but the general access and details had already been captured by Manchester.

But to a new generation, grapefruit can be sour and not so juicy. And for that generation comes Bill O'Reilly with this, a gift of a "sweeter grapefruit." Killing Kennedy may have the disadvantage of not having cooperation from the many family members, governmental officials, doctors, witnesses and others integral to the story of November 1963, most of whom are no longer with us. But it has the advantage that comes nearly fifty years later -- that of many more facts and legitimate stories having emerged both about the assassination and President Kennedy.

O'Reilly's book about the Kennedy assassination still describes in detail the immediate days prior to the shooting, the assassination itself and the days to follow. But his book goes a step further by describing moments of importance throughout the Kennedy administration as well as providing a glimpse at the very personal side of Kennedy the man -- at both moments of great strength and at moments of all too human frailty. And these moments are placed in unique perspective, often noting how many days or months from a particular time of significance the young president has left to live.

Like O'Reilly's hugely successful Killing Lincoln: The Shocking Assassination that Changed America Forever, the book reads more like a compelling novel. And the "juicy parts" revealed are not filled with the same old descriptions of JFK infidelities or Cuban Missile Crisis heroics. Instead,

O'Reilly presents untold moments in the histories of Kennedy's administration, such as an indirect warning he gave personally to Martin Luther King, Jr. over King's own alleged personal behavior and its risk to the civil rights effort. Also included are the more personal portrayals, such as the worried and grieving Kennedy during the premature birth of a son who would soon die just months before his father.

For those who finally want to put both the Kennedy assassination and the turbulent events of the years leading up to it into a fresh, fast moving, and accurate perspective, try sampling this new and more refreshing serving of "grapefruit." My third copy of Manchester's version finally disintegrated, telling me it is time for a welcome and fresh addition.