JFK and Ronald Reagan: Two "Classic Liberals" You Could Count On

Matt Towery  |  Feb 11, 2011
The opinions expressed by columnists are their own and do not necessarily represent the views of Townhall.com.
Top Columns
Trending on Townhall Media 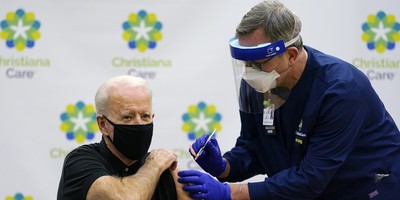 Liberals and Democrats go nuts whenever any columnist dares to suggest that John F. Kennedy had more in common with Ronald Reagan than he did with, say, Kennedy's brother Bobby during the latter's bid for the presidency in 1968; or with another brother, Ted Kennedy, during most of his career in the U.S. Senate.

Partisans of the political left will argue that John Kennedy was a liberals' liberal. They will say he subscribed to an entirely different political philosophy than Reagan and that the various points of comparison between the two ex-presidents are taken out of context.

These views are so much revisionist hokum.

Over the last month or so, America has commemorated the 50th anniversary of John Kennedy's inauguration. Recall that JFK on that day delivered one of the most historically significant inaugural addresses in our history. Also in recent weeks, the nation has recognized the 100th birthday of the Republicans' patron saint, Ronald Reagan.

Let's first consider what the primary aims were of Kennedy and Reagan when each of these men first became president. Both inherited economic slumps. Especially Reagan.

Kennedy had campaigned "vigorously" -- one of his favorite terms -- on the unacceptable economic sluggishness of the latter years of the Dwight Eisenhower administration. And Reagan on the campaign stump had blasted President Jimmy Carter for making worse an inherited economic malaise by appearing to be not aggressive enough in reacting to a series of unfortunate circumstances.

Both men, too, were all but obsessed with the threat of communism. In Kennedy's time, it was growing in far-away places, particularly Southeast Asia, and nearby in Cuba. Kennedy and Reagan were both determined to challenge communism head-on.

Kennedy was bullied into checking off on an ill-conceived invasion of Cuba -- a plan that had been hatched under Eisenhower. The expedition's failure created in Kennedy a passionate mistrust of the so-called "military-industrial complex."

He then turned to the pressing economic issues of his day. At first, he seemed to subscribe to the approach of today's Obama administration: fighting with big business, increasing federal spending, upping the minimum wage and flooding the economy with dollars.

But by 1963, JFK had reached an interesting conclusion. Let me quote directly from Wikipedia, which, tellingly, often gives short shrift to the achievements of conservatives. This is from Kennedy's speech to the Economics Club of New York: "... the paradoxical truth is that tax rates are too high and revenues are too low, and the soundest way to raise revenue in the long run is to lower rates now."

Reagan's first months in office were eerily similar to Kennedy's. There was too much worry about the Soviet Union and not enough visible action on the American economy. So Reagan ultimately passed his own version of Kennedy's tax-rate reduction -- an economic philosophy that Wikipedia describes as nothing less than "classic liberal and laissez-faire."

Also like Kennedy, Reagan determined that the military was to be respected but also reigned in. Both men, especially the war-decorated Kennedy, were shaped by the events of World War II. As presidents, both were cautious about U.S. intervention overseas.

Kennedy fought with his own Joint Chiefs of Staff about America's response to the installation by the Soviets of offensive nuclear weapons in Cuba. And debate still rages about whether Kennedy had planned before he died to start withdrawal of the American troops placed in South Vietnam to keep order there as communist forces from the north stepped up their attacks.

Reagan used a minimum of troops to keep both the peace and America's reputation for strength. He initially deployed troops to Lebanon during its civil war. But he took a different approach following the bombing of the U.S. Marines barracks in Beirut. And after American tourists were killed in a bombing of a German cafe, Reagan declined to invade Libya, which was behind the murders. Instead, he moved swiftly to bomb that nation's strategic resources. That included places where its leader, Muammar Gaddafi, was thought to be sleeping. Gaddafi survived, but no one heard from him for years.

Historians can and do pick through history and to find huge differences between John Kennedy and Ronald Reagan. Kennedy hesitantly, and then more robustly, entered the fray of the civil rights movement. But Reagan was no bigot. A friend once asked the president if he knew how many secretly gay people there were in his administration. Reagan replied, "Why would I care?" After all, he had lived for years in Hollywood. His acceptance of lifestyle freedoms was high.

Perhaps Kennedy would have greatly appreciated that it was under Reagan that Martin Luther King Jr.'s birthday became a national holiday, and that it also happened at a time when King's home state of Georgia had just elected its first Republican U.S. senator since Reconstruction, Mack Mattingly.

Kennedy and Reagan. Two "classic liberal" presidents, despite the definition of the term by today's revisionists. 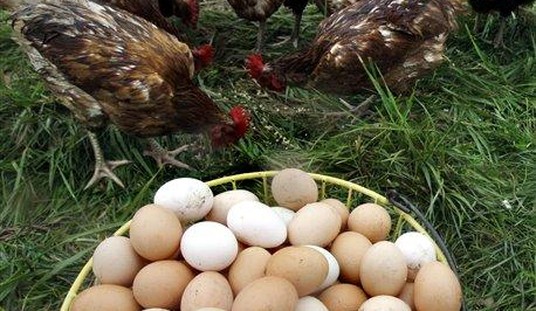