Hey, Liberals, Will John Lennon Straighten You Out? 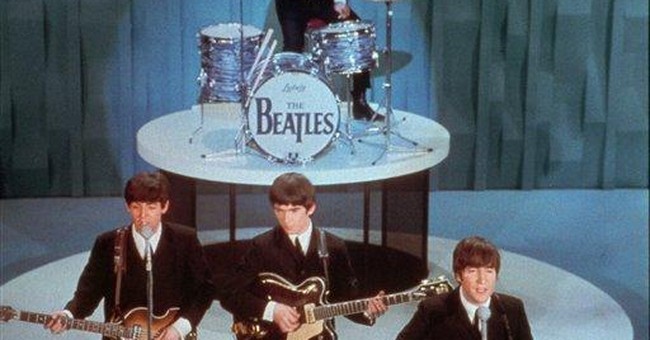 We've already heard or read nearly everything that can be said or written about the shooting tragedy in Tucson, Ariz. this past week -- and about the left-of-center's effort to politicize it.

Let's turn history around on the more liberal side of the media and government. Let's cite another example of a well-known "liberal" -- as self-defined by his song lyrics, among other things -- who himself might have heightened political or social tensions in his day by means of his "rhetoric." I'm talking about the late rock star, the Beatles' John Lennon.

Growing up in the '60s and '70s, I was a huge Beatles and Lennon fan, as were most kids. As the Vietnam War seemed to drag on endlessly, teens my age couldn't understand its purpose. It became "cool" to oppose the war.

And then there was John Lennon. My Beatles hero was still one, despite the fact that even at such a young age I could not understand what he saw in Yoko Ono, particularly when she painfully yelped and screeched on some of his later albums. But admittedly, even as I grew older, I was confused about the rhetoric coming from his songs and interviews with the press when it came to our government and the war.

Before some left-of-center "intellectual" jumps in and says "he was advocating peace, so how could even an adolescent not have understood that," they should take careful time to review some of Lennon's statements and comments in the late '60s and early '70s as they related to the war in Vietnam.

Lennon was enjoying, as a nonresident visiting on a visa, the same freedom of speech guaranteed to citizens of the United States. In the late '60s, mostly college students were staging public protests -- some peaceful and some not so much. In the spring of 1970, some students protesting at Kent State University in Ohio became aggressive, as passionate young people are susceptible of doing sometimes. That's when some National Guardsmen -- also young, but armed, too -- confronted the most threatening of the Kent students. Soon, four students lay dead.

During the same era, Lennon and Ono released a record album that included a song, "Give Peace a Chance." It became the unofficial anthem for antiwar protesters around the world. And why not? The song expressed nothing but peaceful intentions, right?

But not all Lennon's songs did. Many people during those years also heard him seem to urge unrest in a song called "Revolution."

A paranoid Richard Nixon presidential administration certainly viewed the various comments made by Lennon during those volatile years as potentially threatening to the public, the peace and -- most importantly, at least to them -- Nixon's re-election.

Last month, the media focused on another anniversary of the night John Lennon was shot in 1980 by a deranged and psychotic "fan," Mark David Chapman. He was obsessed with many things, including the book "Catcher in the Rye" -- and John Lennon.

The brilliant political analyst Charles Krauthammer, who at one time was a young practicing psychiatrist, has made it clear that from all of the confused emails and YouTube postings, plus the observations by acquaintances of the Tucson gunman, Jared Loughner, this was, as with Chapman, the act of a severely mentally ill person. It appears that Loughner had a "nonpartisan" obsession with Rep. Giffords, much as Mark David Chapman was obsessed with Lennon.

Now, many of the same columnists, commentators and politicians who have moved quickly to conclude that the "heated rhetoric" of politics is likely a partial or root cause of tragedies like the one in Arizona would never have even considered that the yesteryear rhetoric of John Lennon and Yoko Ono might have triggered leftist violence or social unrest. (Of course the commentariat's condemnations of overheated rhetoric today are mostly a not-so-subtle try at discrediting conservatives and the tea party.) "That was all about peace back then," they would say.

That's true. And so, too, it's true that those who've won political office thanks to grass-roots conservative movements have been speaking about liberty and restraining an overweening federal government.

There would never have been a case of "the liberal media vs. John Lennon" over his hot criticism of a war and the violent protests it helped spawn. It seems "heightened rhetoric" has no correlation to random violence when the shoe fits the left. But when it can be pinned on the right, there is a direct causal link.