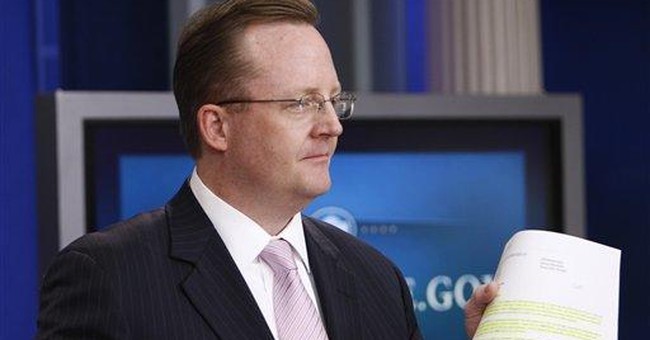 In my entire career, I have never been as confounded as I am over President Obama and the Democratic leadership's obsession with a piece of legislation that not one major national poll has shown to be popular. A quick glance at this week's surveys shows about a 10 percent spread between those who favor the latest health care legislation and those who oppose it.

In the world of politics, that's a blowout. So I have to ask, why are the president and the leaders of Congress willing to see their entire party and a multitude of other policy proposals go down in flames over something that the public can't stand?

Well, we could be altruistic and say they believe that strongly in the merits of health care reform. Indeed, there are parts of the proposal I might support. But I've been around this game far too long to believe in pure altruism from politicians. After all, I was one myself. This isn't to say that elected officials don't try to do the right thing. But when you see the public hating what you are doing, you generally start to question whether what you are promoting is really the right thing.

Folks, this is nothing more than a power grab. It's an effort to take one of the most essential elements of every person's life -- their health -- and put it under the control of government.

In the past, I have written about a growing "political royalty" in this nation. At first, I felt it was just developing out of benign neglect of the public and the naturally big egos that come with politicians. My opinion has changed.

I now believe there are many in Washington who not only consider themselves a cut above the rest of us, but who believe they must manage every aspect of our lives because we are just the common folks who need to be tended to like cattle on a ranch.

This thing is an act of madness. What the White House and Democrats are hoping is that, after the legislation passes, people will forget about the costs and the hassles in the several years that the whole thing takes to implement. They are wrong.

And just to show that I can be even-handed in my judgment about these sorts of things, let me say that I was totally opposed to the Republican impeachment of Bill Clinton. Was the impeachment "altruistic"? Absolutely. But it got us nowhere. When we decided to release Ken Starr's report, which included rather prurient information on the Internet, I argued vehemently against it.

The GOP leadership was convinced the nation would turn on Clinton, his approval ratings would sink, and he would be asked to resign the following week. Instead, his numbers went up because we Republicans looked like we were ignoring other important issues in order to pursue Bill Clinton's removal from office -- something that was never going to happen.

I guess you could say that entire impeachment episode was a power grab, as well. And it failed miserably. It also diverted our time and energy from other issues that needed to be addressed.

And that gets me back to this current insane decision by President Obama and Congress to consider a gimmick -- much like our release of the Starr Report -- of passing a health care bill as part of what is known as "reconciliation" budget legislation. (That means it would require a simple majority vote and avoid the possibility of needing 60 votes to prevent a filibuster.)

When we tried the Starr gimmick, we were too cute. The public was smart, and they viewed it as us putting sexually explicit material on the Web where kids and others might see it.

Well, guess what? The public, which hates this legislation, will treat the gimmick of "reconciliation" in the same manner. And take it from me, the tumble the Democrats will take for such a silly move will be massive.