Americans Are Against the Health Care Proposal 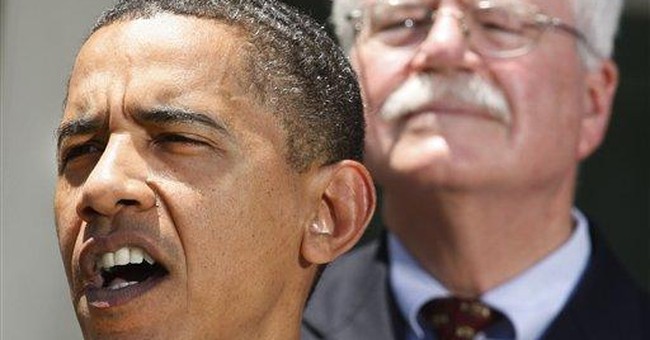 First, thank you to the hundreds of readers from across the nation who took the time to personally write me about my recent column comparing the memorial for Michael Jackson to those of seven soldiers killed in Afghanistan just days earlier. Very few took shots at Jackson -- nor did I -- but they understood my point in saying that men and women who die for our country are heroes, too.

Now to a subject that may appear either to have been beaten to death or to be a done deal -- the proposed health reform bill that the House of Representatives passed out of committee this past week. Let me make it clear that my company, a polling firm, has no client in the healthcare arena. Perhaps we should, because the national survey we conducted this week for one of the publications we own indicates clearly that while the House and President Obama may love the proposal, the American public hates it.

We polled 636 registered voters nationwide (margin of error 3.8 percent; poll weighted for age, race, gender and political affiliation.) The questions were simple ones about the legislation. There was no hype or "poison language" that many pollsters use to slant results.

Consider the response to the question, "What is your opinion of the proposed government-run healthcare program which is currently a part of the U.S. House of Representatives overall healthcare legislation?" Thirty-seven percent of respondents said they favored it, while 52 percent said they were opposed, with 11 percent undecided.

If you want to know why this healthcare proposal is a loser, you need go no further than to the next question we asked. "What level of trust do you have in the federal government's ability to provide and administer an efficient and effective healthcare program?" Only 26 percent said they trust the government to do so. That response is staggering.

Before people start throwing stones at the poll, let me offer a little response ahead of time. Our firm is non-partisan. We poll for major news organizations. In the 2008 race we showed Barack Obama winning in states like Florida, North Carolina and Virginia. We were right. As a result, a man who Time magazine named as one of The 100 Most Influential People in the World, whose entire job is to take polling data and predict results, named our firm, InsiderAdvantage as one of the three most accurate national pollsters for the 2008 presidential race. It ain't bragging if it's true, and I make this point so that those who reject the results of this poll must contend with the fact that we nailed Barack Obama's victory in November in very hotly contested states.

So why is this entire healthcare effort on the part of Congress such a non-starter? First of all, it involves the federal government. I would say given their track record in everything from delivering your mail to controlling costs, they probably rate pretty low with the public.

Next there is the issue of priorities. Right now most people are scared about whether they will have a job this time next year. Reforming healthcare is really about the last thing on their collective minds.

Moreover, they don't even trust the government programs that currently exist. Seventy-three percent of the respondents said that "in terms of dollars," they consider there to be significant waste in the federal Medicaid and Medicare programs. Sixty-one percent said that the waste in those programs should be addressed before any new legislation is enacted.

What should be most disturbing to the Democratically controlled Congress and to the White House is that, along with Republicans, a majority of independent voters opposed the proposal. Mind you, these are the very swing voters who put President Obama into office back in November. You can bet that the White House is seeing the same numbers we saw, and they likely are starting to realize that a House of Representatives over-the-top bill will be the kiss of death for anything Obama wants to pass.

As for the Senate, how would you like to be Bill Nelson of Florida or Kay Hagan of North Carolina, in whose states support for the bill is even weaker? These moderate Democrats are in deep trouble. They want to support "change we can believe in," but the problem is that their constituents don't like the change being proposed.

Maybe another reason for displeasure is that people are now learning how the plan would be funded. About half of the respondents to the poll said that either they or a family member worked for a company that does not currently provide health benefits. When asked what they thought the leadership of their company would do if either forced to pay for insurance or pay a tax of up to eight percent of each uninsured employee's salary, 59 percent said their company would either reduce the number of employees or try to lower salaries.

Trust me, this is one ugly bill.