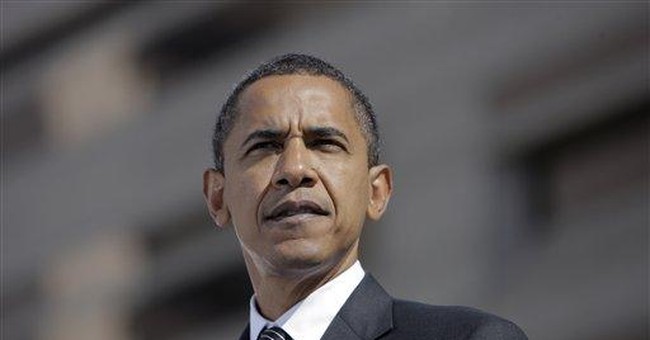 Everyone gets to shamelessly promote his or her own new book. And I'm everybody right now. But I've got something interesting to say, so read on.

"Paranoid Nation: The Real Story of The 2008 Fight For The Presidency" is already on sale at Amazon.com, and it will be on bookshelves Nov. 5, the day after the election. (And just in time for the holidays!) At one point it was already in the top 1 percent of Amazon books. I hope that my loyal readers -- the sympathetic and the not so -- will buy a copy and spread the word.

The real story of the election sketches the astonishing number of unanswered questions and untold stories of how -- probably -- Barack Obama will have gotten elected. (If he doesn't, my fast fingers will be explaining his upset at the tail end of the book!)

-- Here are just some of the strange facts surrounding this historic presidential contest:

-- Barack Obama's current director of campaign field operations started the job of organizing the state of Iowa for an Obama for President campaign the same month in 2005 that Obama was sworn in as a U.S. senator.

-- The decision to move the date of the Florida primary, and the curious reaction of Howard Dean and the Democratic National Committee to refuse to count Florida delegates, was a deliberate attempt to derail Hillary Clinton.

-- George W. Bush made a series of decisions that all but guaranteed that his Republican Party would have a nearly impossible time of it in 2008.

-- Oprah Winfrey made a single public appearance that changed the course of the Democratic primaries.

-- A single poll in Iowa all but guaranteed Obama's win there.

-- The president, Congress and the presidential candidates ignored an obvious looming housing crisis.

-- Republican voters should be fuming mad at the party's leaders, because these voters have been duped.

-- An interesting story abides behind Sarah Palin's selection as John McCain's running mate; and she went on to stage a "revolution" against the former Bush aides assigned to handle her during the campaign.

The book is everything I know, or I think I know, about not only the 2008 race, but also about the many decades of political developments leading up to it.

In my life I've had the luck of being sort of like Forrest Gump. (And yeah, I know, I sound like him, too.) I've had the honor of meeting or knowing every American president since Lyndon Johnson. I've been present when critical decisions were made in presidential campaigns. I was chairman of Newt Gingrich's political organization when he took over Congress. I even had "dinner and a movie" with Bill Clinton in the White House. I also had the miserable but highly educational experience of being a nominee for high statewide office (I lost) and serving the public in my state of Georgia at one time as a member of its legislature. I've been blessed and lucky.

But, like Forrest, I've mostly had that sort of dumb luck that allows one as a teen to observe Jimmy Carter working in his office; or that happened to place me in a private meeting with Richard Nixon.

I mean, really. If I hadn't lived it, I would believe my life has been a dream.

But also like Gump, I have been able to absorb important lessons from what I've seen and experienced.

They say paranoia is having "extreme delusions of grandeur or an extreme sense of persecution." Trust me. In politics, there are heaping portions of both delusions and persecution.

After this long campaign and all that we as Americans have encountered in the past decade, it might be fair to say that we have a right to feel a bit paranoid. And my book raises questions that many of you likely are asking yourselves and one another. For example, why did the economy tank right before the election? Why were oil prices such a big deal three months ago but not now? How did Barack Obama come from nowhere and manage to raise mountains of money?

And finally, this: What happened to the Republican Party I was part of the one that believed in less government, term limits and increased liberty?

Yes, I'm shamelessly hoping my readers will order "Paranoid Nation" online as they prepare for Christmas. Aside from the book, I'm like the Little Drummer Boy -- no gifts to bring.