The Unmaking of the American Presidency 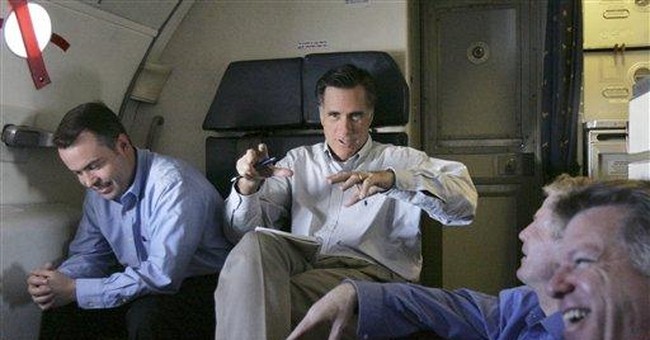 Last Tuesday night's results from Florida in both the Democratic and Republican Party presidential primaries were what I expected, and then some.

Since well back into 2007, this column has been predicting that Florida would decide both the Democratic and GOP nominations. I believe it did, and in the process has blown apart the political world we have known for decades.

First, John McCain. He's the ultimate "outsider" within his own Republican Party. Neo-cons, establishment GOP bluebloods and just about every too-cool-for-school Republican faction have long held him in contempt. Now he's probably on his way to being the Republican Party nominee for president.

He has wrought pure bedlam inside the Washington Beltway. From talk-show hosts to longtime K Street lobbyists, the jig is up. They must now either embrace McCain and his moderate (or liberal) instincts or shut down for business.

There are two absolute truths here. First, for every Republican who has felt left out of an exclusive rich man's GOP country club, McCain's calm but resounding independence is a moment that declares the end of the GOP establishment as we have known it.

Here's the other truth: John McCain can, on some issues, be just about as far off from the traditional GOP scorecard as one can get. From the Bush tax cuts to tort reform, McCain has blazed a trail of working with the Democrats on often seemingly GOP issues. That's the part about McCain that gives conservatives heartburn.

But there's heartburn and then there's nausea. In the world of politics, the name Hillary Clinton sends the very same ilk I described above into fits of rage. Well, guess what? Get ready to have plenty of fits, guys and gals, because Hillary and Bill have once again outsmarted the dim-witted Howard Dean, the leader of the Democratic National Committee.

Dean didn't think that Florida would matter. He refused to allow candidates to campaign in the state. It was his penalty for the state's GOP-dominated legislature having moved the primary date up, to follow so soon after his beloved Iowa and New Hampshire.

Well, Mr. Dean, Florida matters. With a massive turnout in a state that has a single county that's more populated than the whole state of Iowa, Florida Democrats spoke so loudly that not only could they be heard all the way to California, but by the stubbornly devoted populist candidate John Edwards as well. He beat even Republican Rudy Giuliani to the punch in exiting the race before next week's "Super Tuesday" vote.

Hey, Howard: You and the DNC made idiots of yourselves. And now you have to pray the state forgives you in November for dissing its Democrats in January.

A political earthquake is under way. Edward's exit clears the way for white supporters of his candidacy to now consider Clinton in southern states. That's where Obama's coalition of support has been African-Americans, plus a sliver of white Democrats. And in really big states in other regions -- where she's already ahead in the polls -- Clinton now has retrorockets pushing her to the nomination.

Make no mistake: Much of the Democratic establishment in this nation had abandoned Hillary Clinton. The newspapers that once endorsed Bill were suddenly boosting Obama. Bill Clinton, the oft-proclaimed "first black president," had been in news accounts suddenly turned into some bigoted old man. Just as it appeared that all who wanted the Democratic Party to turn hard left were on their way, Florida dropped a huge bomb.

Will John Edwards reappear on the scene? Not as a power broker at a national convention. But perhaps in other roles. One does not give up an additional week of campaigning, knowing full well that it benefits one opponent over the other, without some thought of a political pot of gold under a future rainbow.

So now comes the hard part. As Obama fever starts to break out into a cold sweat, what do those who had their foot on Hillary Clinton's throat do? Do they restore Bill Clinton to the hero of African-Americans; and if not, can the Democrats turn out this critical part of their coalition in November?

And as for the Republicans, how do those who fought John McCain -- not just recently, but for decades -- find a way to embrace his candidacy? More important, how will they ever erase their attitudes from his very long memory? A long, long memory.