Vick, Bonds, Wilson -- When Race Matters, And When It Doesn't 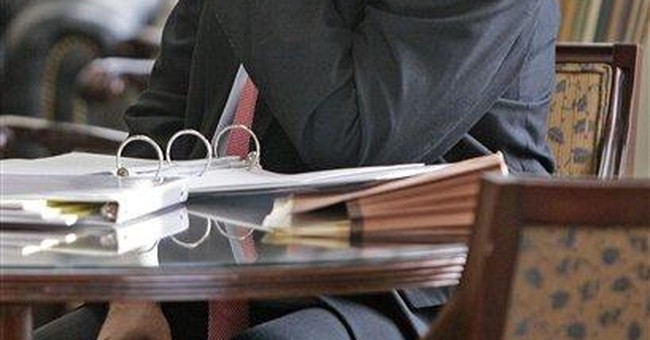 Last week brought a convergence of issues into the public realm, all of which I've previously written about, polled on or participated in.

Readers of this column know that in my former life as a Georgia legislator I introduced a bill, later altered by the Georgia Senate and made law, that eventually created the legal snarl surrounding Genarlow Wilson. He's the young man now serving a 10-year sentence for having consensual oral sex with a 15-year-old girl when he was 17. It was neither my intent nor the Legislature's that anyone be so punished for such a deed.

Prior to last week's hearing before the Georgia Supreme Court, I filed a "Friend of the Court" brief on behalf of Wilson. The assistant attorney general in the hearing argued that Wilson should remain in jail. She said my opinion of the current law is no more significant than that of the man on the street. She's right.

What she missed is the case law I provided. It indicates that the legislative intent -- which can be taken from many sources, including an author of the bill -- should be considered in any interpretation of the law.

But quibbling over the wording of the original bill misses the point. The fact that the bill has resulted in someone serving a 10-year sentence, when that was not my intent or that of any sane person, establishes that the sentence is cruel and unusual punishment. Thus, the court should, of its own volition, be allowed to free Wilson.

In my judgment, this is beyond just sound legal reasoning; it's probably the best chance Wilson has, given the other legal and extra-legal circumstances surrounding the case.

Of course, Wilson, a young African-American, has attracted the eye of those concerned about civil rights and the law's treatment of people of color.

In this case, I believe such concerns may be justified. The prosecutor and others involved in the case have argued that more whites have been sent to jail under this bill than blacks. Yet I find it hard to believe that more white teenagers than black teens have been jailed for having oral sex with someone within a few years of their own age. The vast majority of such cases are never brought to light, and few are prosecuted if they are.

Plus, young black men often come from homes where a father figure might not be around -- or where top-flight trial attorneys might not be at their disposal.

But not everything that appears to be racial is. Like the dog-fighting scandal surrounding Atlanta Falcons quarterback Michael Vick, who is black. As soon as the indictment came down, InsiderAdvantage conducted a poll of Falcons fans.

Half wanted Vick released from the team immediately. Half wanted him to keep playing until the trial concludes.

Immediately came the chorus that race is a motivating opinion in all of this.

Yes and no. It's true that more whites than blacks wanted Vick released. (It's also true that an overwhelming percentage of African-Americans want him to keep playing.)

But the poll also showed that African-Americans make up only about 35 percent of the Falcons' total fan base. So for Vick to have almost half of the fans supporting him, it meant that he had healthy support from whites. And he did.

In this instance, it wasn't race that did in Michael Vick. It was Vick himself.

As it happens, I was there that night in Atlanta in 1974, when Hank passed Babe Ruth to claim the home-run title for himself. I know Hank for both his public and personal behavior. His brother-in-law served with me in the Georgia Legislature. Over the years, I've had the privilege of being exposed to the great Hank Aaron, and I've heard intimate stories about him.

As Bonds chases Aaron, the nation isn't down on him because he's black, although that's been suggested many times. Instead, Bonds suffers because of his perceived cocky and rude attitude, and because many believe he has boosted his home-run prowess by using illegal steroids.

Contrast that with Aaron. Here's a man I recall standing behind me with his lovely wife as we all waited for our cars to be brought to us at a function at the house of a mutual friend. Hank stood patiently, never expecting special treatment and not accompanied by an entourage.

Unlike Bonds or Vick, Hank Aaron has earned superstar treatment for his exemplary performance on and off the field. Ironically, he experienced more true racial discrimination than either of the other two men.