Bush To Leave GOP In Tatters? 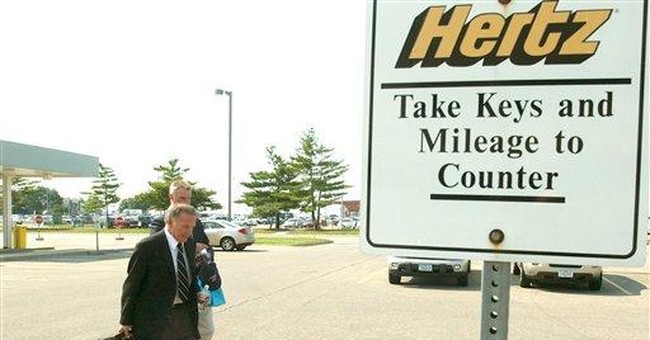 It's baffling to the point of disbelief: how the Bush White House conducts its affairs with near-complete ignorance of or contempt for fellow Republicans who must seek re-election next year -- to say nothing of those vying for the White House.

Take as an example Vice President Dick Cheney's contorted logic that for the purposes of information disclosure, he's not part of the executive branch. Who is he kidding?

A lot of Americans believe Cheney is the executive branch -- that he's more influential in making White House policy than even President Bush. Many polls confirm this perception.

Now Cheney with a straight face tells us that because he is president of the U.S. Senate that makes him a sort of quasi-legislative government official. This is laughable.

Next comes the matter of the Bush administration's refusal to turn over requested documents to Congress.

Yes, these requests come from partisan Democrats authoring their own serial tale of dastardly deeds committed by Bush and his minions.

But the administration's stonewalling by claiming executive privilege has now graduated to even trying to prevent former administration employees from testifying or otherwise providing information to Congress about the supposed partisan firings of U.S. attorneys.

This is counterproductive. Better to give the opposition what it wants and then call the investigations what they are -- cynically partisan themselves. Instead, the defiant Bush White House looks more and more like a reincarnation of the Nixon White House.

During the crafting of the Republican immigration bill, a dirty little secret leaked on Capitol Hill: Even many of the staunchest Bush allies in Congress felt contempt for the White House liaisons to the Senate. Word is that senators were treated as errand boys and girls, and that compromises that might have made the bill palatable -- read: passable -- were contemptuously dismissed by the Bush negotiators.

Then there's Iraq. One by one, loyal Republican senators are feeling compelled to demand a tangible timetable for scaling back American involvement in the war.

Are they turncoats who lack patriotism? No. They're the first trickle of what likely will turn into a wave of disenchanted Republican leaders by late fall.

This White House simply will not admit that their plan for stabilizing Iraq has failed. Tap-dancing around the inevitable for another year likely will accomplish nothing more than politically weakening or destroying the very people who have been the most supportive of our military, and of the fight against terrorism.

But don't take my word for it. Ask the stream of strategists and veteran staff who are bailing out of Sen. John McCain's foundering campaign.

I maintain now what I always have: First, that George W. Bush is a decent, honorable human being. Second, that he has been catastrophically undermined and misled by various advisers and staff, to say nothing of Dick Cheney. Their collective attitude has been "the public be damned." Well, now the public "damns" the president in return. According to one national survey this week, Bush has a 26 percent approval rating.

The president's handlers have fatally insulated him. He rarely visits with Republican senators; the immigration negotiations were an exception.

This arrogance and indifference hasn't gone unnoticed by GOP leaders. Nor have the few-and-far-between state dinners during the Bush years.

The message to friend and foe has been much the same: The door to the White House is always -- closed.

Well, the Bush toadies got their wish -- a president out of touch with political reality.

Only the latest example is the Scooter Libby case. By manipulating Libby into playing political games he never should have been part of, White House strategists managed to end up making Bush look like a cigar-chomping political boss who'd rather make a shady deal than not. The net effect is that Bush's bottom-dragging approval ratings have now sunk into the mud.

It's never been lonelier at the top than right now for Bush and his team. But if they don't reverse courses on several fronts -- and the record suggests they won't -- they might just scuttle the whole Republican Party.

George Bush has a chronic disease called Accidental Arrogance. Those who led him there aren't the pathologists -- they're the pathogens.