GOP Presidential Race: If You Want To Look Thin, Hang Out With Fat People 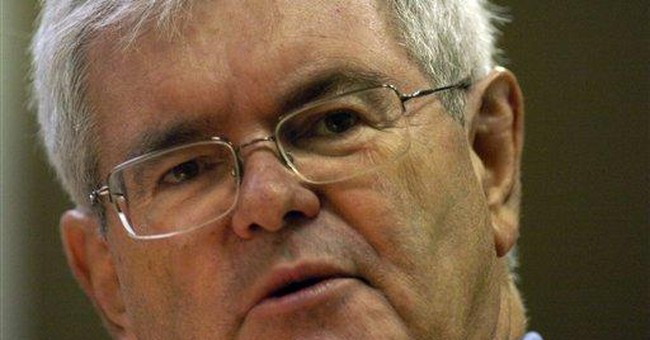 The line about looking thin by hanging out with fat people is Rodney Dangerfield's. To apply his comic wisdom to the presidential race, just look at the fat guys as the ones who started their campaigns too soon, and their skinny compatriots as those who waited until America started giving a hoot about presidential politics.

The Republicans remain the underdog in the 2008 White House sweepstakes, but not by a lot. A new InsiderAdvantage national survey of over 1000 registered voters found that Americans want for their next president "a Democrat" more than "a Republican," but only by 45 percent to 43 percent. (No candidates' names were offered; only generic party identification.) Details of the poll can be found at www.insideradvantage.com.

That's the surprising good news for the GOP. The bad news is that some of the party's big-name candidates may have goofed by jumping so early into a crowded field of Republican candidates. Money is the main reason.

John McCain was down to just a couple of million dollars cash-on-hand in his latest campaign finance disclosure. That's peanuts these days. Mitt Romney is said to be planning to dip into his own vast wealth to subsidize his campaign.

McCain, Romney and other candidates sprinted out of the gate of this presidential marathon based on the traditional notion that winning early caucuses and primaries in places like Iowa, New Hampshire and South Carolina would be the key to victory.

Now they're realizing their task is much bigger -- and more expensive. They've got to try to win big blocs of delegates in 20 or so sizable states, and all by Valentine's Day. That means a broken heart for more than one Republican seeking to court the American voter.

Months ago I said Newt Gingrich must jump into the race by midsummer -- about now -- if he wanted to have a chance to win the Republican nomination. Now former Tennessee Sen. Fred Thompson may have already filled the void among the GOP field that Gingrich could have.

But credit Gingrich with having seen as early as last year that too many candidates would start campaigning too quickly, and that they would hemorrhage big money just as quickly.

So now it's a question of the practicalities of sustaining a campaign, rather than of splitting hairs over policy differences among the Republican candidates. Who can actually win election primaries?

For now, it's Thompson who appears to be the man who looks "thin" by hanging out with "fat people." Thompson is expected to officially launch his campaign next week with big fundraisers in key cities.

If Thompson catches on, he might start raising serious money just as his competition is running out of it. And where the money goes, more money follows, not to mention campaign volunteers who can smell a winner.

If Thompson somehow falters, Gingrich still waits backstage. Expect him to seize the opportunity if there is one. Has Gingrich outsmarted them all? We can't know yet.

By the way, the "hanging out with fat people" approach doesn't just apply to presidential candidates. The Republican immigration-reform fiasco makes the point, too.

The fat guys, so to speak, included Republican Sens. Lindsey Graham of South Carolina and Mel Martinez of Florida. They gorged too long on that immigration bill, even as other senators correctly saw that the Republican voting base had no stomach for it.

The chances for the bill's passage started to unravel when Georgia Republican Sens. Johnny Isakson and Saxby Chambliss made it clear to the White House that they could no longer support any immigration bill that didn't prominently allocate specific funding to build a border fence along the U.S.-Mexico border.

The White House said no. That signaled an about-face retreat from the bill by a slew of "red state" senators.

Isakson, Chambliss and others backed off the bill soon enough to escape most of the public wrath that could cause long-term political damage. Others joined them, making this group look attractively "thin" up against the political obesity of Graham, Martinez and others.

Politics, like most everything else, is mostly about timing. One day you're slender and have the world by the tail. The next day you've gained weight, and maybe a few facial lines on top of it.

All the more reason to hang out with people who make you look good.s