Inside The Genarlow Wilson Case 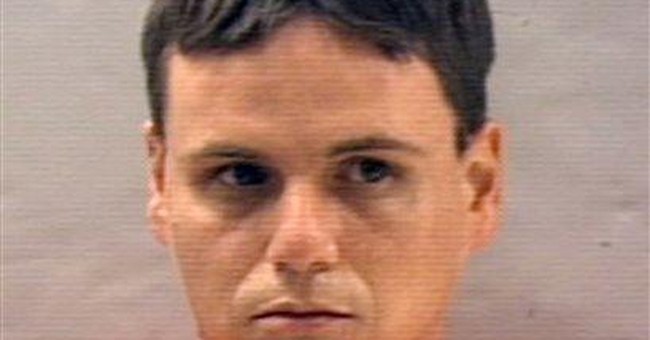 Most Americans are now aware of the plight of Genarlow Wilson. Three years ago, the now 21-year-old African-American was sentenced to 10 years in prison under a Georgia law that turned his act of consensual oral sex into "aggravated child molestation" and subjected him to a harsh mandatory jail sentence.

Incredibly, it was "my" law under which Wilson was convicted and sentenced. It was never, ever the law's intention to lock up young people for 10 years for consensual sex.

Turn back to 1995. I was serving my last term in the Georgia House of Representatives. I introduced "The Child Protection Act of 1995." It created harsh penalties for the sexual abuse or other harmful neglect of children. That legislation would never have impacted Genarlow Wilson had it passed into law as it was originally written.

Wilson's misadventure went like this: Back when he was 17, he and some friends had a party. Somebody videotaped Wilson having sexual intercourse with a girl his age and, also that night, oral sex with a 15-year-old girl.

The district attorney charged Wilson with various crimes, including rape. A jury heard testimony and watched the video, then almost immediately determined that Wilson wasn't guilty of rape.

They did find him guilty of aggravated child molestation, primarily because part of the definition of that offense includes "sodomy," which under Georgia law includes oral sex.

What the jury didn't know was that their verdict meant a mandatory 10-year sentence for Wilson. When they found out, they were horrified.

How did Wilson get slapped with such drastic punishment under the law I originally drafted? The answer is the part of this story that no one knows.

When my bill reached the state Senate, the powerful Senate Judiciary chairperson insisted that a bill designed to raise Georgia's age of consent from 14 to 16 be merged with my legislation. This, even though my bill was designed to target truly bad people with truly bad intent.

The result was that a 15-year-old, who wasn't defined as a "child" under my bill, now became one, thanks to the new age-of-consent provision of the bill.

The Senate chair allowed little in the way of clarifying the merged legislation. One thing we did manage to include was a so-called "Romeo and Juliet" provision in the law for statutory rape. It explicitly provided for misdemeanor status if the victim was 14 or 15 years old and the convicted person was no more than three years older than the victim.

Clearly our intent was that persons just like Genarlow Wilson would be allowed misdemeanor treatment for having consensual sex with, in his case, a 15-year-old "child" when he was only 17 himself.

The problem arose when we weren't allowed to add this same explicit language to the portion of the legislation concerning oral sex, which was interpreted as "aggravated child molestation."

Even so, the overall intent clearly wasn't to prosecute young people for consensual sex. We never imagined that prosecutors would so egregiously abuse a good law by means of a technical glitch.

I retired from the Georgia legislature in 1997. It wasn't until many years later that I learned the law was being misapplied. I tried to persuade lawyers challenging the law to include an affidavit from me, which would address the legislative intent of the law. It was never used.

In the case of Wilson, I met with longtime legislative friends in an attempt to get a new law passed that would allow cases like Wilson's to be reviewed. But many of these friends' minds were made up, because they had viewed the videotape of Wilson's sex act and concluded that -- jury decisions aside -- he was guilty of rape.

In fact, the district attorney who had prosecuted the case reportedly was lobbying legislators by showing them an explicit version of the video.

Now a superior court judge has ordered Wilson released. The judge determined that the original sentence was "cruel and unusual punishment." He's right.

But the district attorney and others fight on. After all, they believe, the letter of the law must be followed.

Well, here's a letter-of-the-law thought of my own: In 1988, when actor Rob Lowe was in Atlanta and filmed a sex act with an allegedly underage girl, federal officials warned local television stations that if they were to view the tape themselves, much less broadcast it, they would be considered in possession of and the distributors of child pornography.

It appears the district attorney and the legislators who refuse to recognize the original intent of my legislation -- not to lock up kids for years for having consensual sex -- have lucked out. Federal prosecutors clearly are using reasonable, and I believe correct, prosecutorial discretion in allowing these lawyers and lawmakers to distribute and view this highly prejudicial tape.

But the fact remains that federal law would define this tape as child pornography, with no exceptions provided for legislators or lobbyists. It's too bad everyone seems so hell-bent to carry out "the letter of the law" that has imprisoned Genarlow Wilson, while enjoying reasonable prosecutorial discretion in the interpretation of laws regarding their own actions.

And what about that powerful Senate chair in the Georgia legislature? The one who forced this whole mess? She's still serving, now in the Georgia House. She's never uttered a public word that might help Genarlow.

Passing legislation usually doesn't require much courage. That comes later, if and when you have to suck it up and admit that your -- in this case, my -- legislation creates unintended and very painful results. All the more when it's being used improperly.