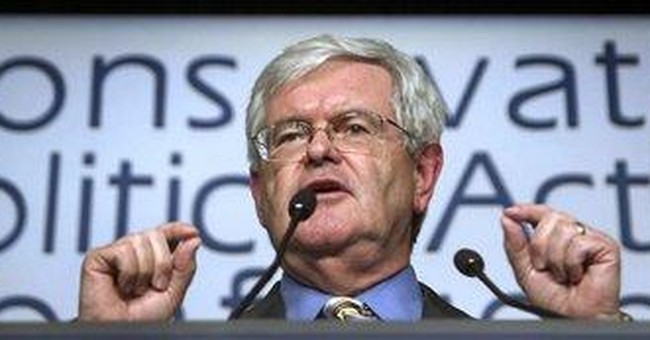 It's too early for too much reliance on public opinion polls for presidential primary races in potentially critical states.

Too many of the nation's major pollsters seem inclined to push respondents to choose candidates of their liking, even though most people have better things to do than worry about a primary election eight months before it happens.

Yet with early televised debates and already endless campaign appearances by candidates, it's important to straighten out some misperceptions about one of the first major presidential primaries next year, South Carolina.

Who is leading the field? It's tempting to say "all of the above." More accurately, several candidates are at the top of the polls, including some who haven't announced they're running. It's a statistical dead heat among the leaders.

Our latest InsiderAdvantage survey, conducted for the Southern Political Report, asked likely Republican voters in South Carolina who they would vote for if that state's presidential primary were held today. Here are the results:

The telephone poll surveyed 500 registered voters and has a margin of error of plus or minus 4 percent. It was conducted May 21-22. Full details can be found at www.southernpoliticalreport.com.

First, it's important to point out that several other national polls of South Carolina show John McCain with a clear lead. Others, such as Zogby International, show the race between Giuliani and McCain to be a statistical tie, with McCain barely in front. Several others show Gingrich in third place. At least one has Thompson third.

The truth is that none of the candidates can claim the hearts -- much less the votes -- of South Carolina Republicans at this point. According to 40-year veteran South Carolina political reporter Lee Bandy, the hype surrounding the South Carolina primary is more outside of the state than within its borders.

"People here really aren't concentrating on the race yet," said Bandy, who writes for Columbia's The State newspaper, and also edits InsiderAdvantage's online political news site for South Carolina. "It's still eight months away," he reminds us.

Bandy is right, of course, and his observation is a reflection of the frustration that most announced and possible candidates are expressing privately -- that the race for the White House is starting way too early.

So what will break someone out of the pack in this critical early primary state? Interestingly, it won't have much to do with the religious right. South Carolina is a conservative state, but the days have passed when an organized Christian conservative movement in Southern states can catapult a candidate into the lead. Whether those days will ever return, no one knows for sure.

Immigration could be the issue that makes the fundamental difference here. So far, reaction to the Senate's new immigration bill has been disastrous among the GOP faithful, whether or not that's justified on the merits of the bill.

Iraq could be critical. South Carolina is a pro-military state, but its citizens are growing as weary as everybody else over The Battle With No Battle Plan.

I believe the current polling numbers are as much a reflection of name identification as anything else.

That aside, a few clear trends are emerging. Of the announced and potential candidates, Giuliani leads among women and Gingrich among men.

This shouldn't be a shock. Giuliani's more moderate social philosophy actually helps him in a crowded field, where moderate Republican women and voters of both sexes who call themselves independents are more likely to appreciate his positions than do other voters.

And remember that it was largely male voters who helped propel Newt Gingrich and the Republicans to power in the 1994 elections. Many of these men see Gingrich as someone who's dealt successfully with issues they care about, such as cutting the capital gains tax rate.

The "primary" concern is for the GOP candidates to survive until January with enough cash on hand to stage a strong fight down the stretch.

As for Newt Gingrich and Fred Thompson, neither of whom has announced that they're running, it's probably going to be a matter of which of them will first jump into the pool -- and whether that first swimmer will float or sink.

We'll be in the lifeguard stand all along, watching as the race unfolds.