Most Media Clueless About 2008 Presidential Race 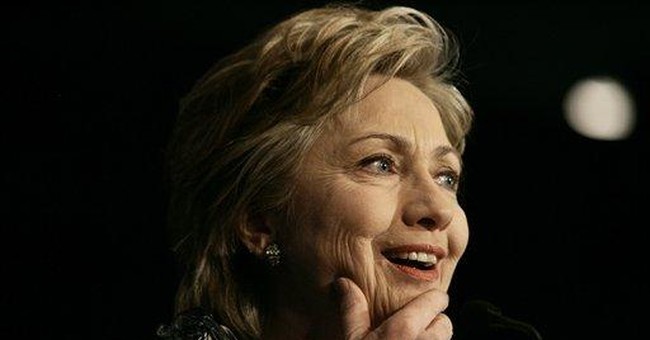 I've never read or heard so much misinformation as I have lately about the Republican and Democratic presidential nomination races. Does anyone bother to contact the political leaders and activists that are lining up the state primaries?

To repeat myself, Florida, right now, is not planning to be part of the February 5 "Super Tuesday." The relevant bill under consideration in the Florida legislature may fool some by listing the date of its planned primary as February 5, but it goes on to clearly say the primary shall be on February 5, or seven days after the New Hampshire primary, whichever comes first. At last check, that would be January 29, 2008. This could change, but my sources say it's unlikely.

South Carolina must scramble to remain as relevant as in the past, when its primary immediately and critically followed New Hampshire's, and without rivalry from other states. My South Carolina sources tell me the South Carolina legislature will keep that state's primary ahead of Florida, even if it means holding the vote on a nontraditional day of the week.

So, as of right now, the widespread drivel being written about "Super Tuesday" deciding the presidential nominees is way off base.

For the Democrats, Hillary Clinton continues to lead in most states, partly because her exclusively male opponents are splitting the male vote. Even so, it's a misconception that she has the women's vote locked up. Our InsiderAdvantage/Majority Opinion Research polling surveyed four key southern states in the past two weeks. In all of them, Clinton has more women in her column than any other single candidate. But the majority of women are scattered among the other candidates.

Let's say Clinton can carry the Iowa caucuses and the New Hampshire primary because the Democratic field is so crowded. She nevertheless could be thrown into a tailspin if South Carolina and Florida are the next primaries.

In South Carolina, our polling shows Barack Obama leading. If he wins there, he might enter the critical state of Florida with as much or more money than Clinton in this vast state with its many expensive media markets. An upset in Florida could trigger a domino effect for Obama in the next week's "Super Tuesday" vote.

But don't bury Clinton yet. The more Democratic male candidates who drop out, the better her chances of winning most women back to her side. Then the battle would become a fight for African-Americans. In most states, she trails Obama among blacks, though often narrowly.

As for the Republicans, the predominant notion that Rudy Giuliani is the frontrunner is a farce. Yes, he leads in just about every poll in every state among Republican voters. But I've been around national GOP politics for too many decades not to know one essential thing: To win, a candidate must have superior grassroots organization. Giuliani doesn't.

The leader in this race is the one who barely scratches in polls right now, former Massachusetts Governor Mitt Romney.

To borrow Barbara Bush's line from 2004, "I've seen this movie before, and I don't like the way it ends." Well, I don't know about the ending, but I can tell you that Romney has signed up virtually every Bush Republican in every key state. In Florida, he has the Jeb Bush organization and most of the prominent, longtime Republican establishment behind him.

John McCain likely will have Florida's governor, Charlie Crist, in his corner.

What does Giuliani have? The driest, least prepossessing political figure in that state, former Congressman and now state Attorney General Bill McCollum. An odder couple than Giuliani and McCollum would be hard to find.

Yes, McCain has name ID around the country. And, were they to run, unannounced candidates Fred Thompson and Newt Gingrich could capture Republican voters desperate to reestablish the party's pre-George W. Bush philosophical ground.

Be all that as it may, you can take this to the bank: Mitt Romney will end up being the man they all have to beat. He will spend his mountain of money on a thing called television, and that will allow him to hide his ultra-sophisticated personality from those wary of having an urbane president. Once he's known, he'll have the might of the GOP's old guard behind him.

The candidates may not know the best road to win the presidential race, but too many in media don't even seem to know what planet the race is being held on.