Matt Margolis and Mark Noonan are authors of the new book, Caucus of Corruption

In November 2003, Matt founded Blogs For Bush, which quickly became one of the top blogs during the 2004 campaign. Matt was one of the first bloggers to receive credentials to cover the Republican National Convention in New York City. Matt runs a number of other blogs, including GOP Bloggers, and Hub Politics, a blog devoted to Massachusetts politics.

Matt is currently pursuing a Master's Degree in Architecture, and works full-time as an architectural designer. He lives near Boston, MA.

Mark Noonan was born on November 19, 1964 in Ramapo, New York, and has lived on both sides of the country, spending his early years in New Jersey and the majority of his youth in San Diego, California. After graduating high school, he spent four years in the U.S. Navy, serving extensively in Europe and the Middle East.

After September 11, 2001, Mark attempted to reenlist in military, but was unable to on account of his age. Determined to make a difference, he sought out venues to express his views, and found himself commenting on internet message boards and blogs.

After being introduced to Matt Margolis in the fall of 2003, he joined Blogs For Bush as a regular contributor motivated by patriotism and a desire to help reelect President Bush in 2004. Mark's writing contributed to the blog's success in becoming one of the most popular blogs during the presidential campaign. Mark also blogs GOP Bloggers, and recently started his own blog devoted to politics in Nevada, Battle Born Politics.

Mark has been an invited guest on MSNBC, and other television and radio programs.

Mark is married, and lives in North Las Vegas, Nevada. 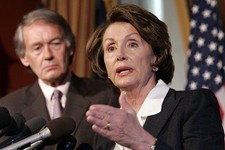 William Jefferson Scandal Taints Entire Democratic Party
By Matt Margolis & Mark Noonan
There is perhaps no better example of the fraudulent nature of the Democrats ethical posturing than that of Rep. William ...
June 08, 2007 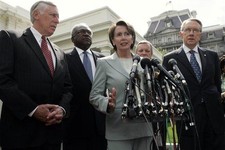 Democrats Choose Scandalmongering over Agenda
By Matt Margolis & Mark Noonan
Last week, Rahm Emanuel, the chairman of the House Democratic Caucus, spoke to the Brookings Institution about corruption in ...
May 06, 2007