Post-Election Depression: Help Your Friends Before It’s Too Late 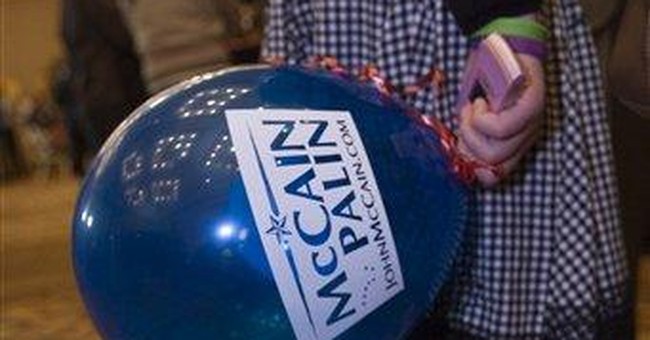 “You work 18 hour days, 7 days a week for close to two years, and then it just comes to a grinding halt?” This is how former Romney communications director Kevin Madden describes the end of an election campaign, and he’s not alone. Like Kevin, thousands of campaign workers around the country will soon be suffering from the debilitating effects of a condition known as “Post Election Depression” (P.E.D.). In fact, it is almost certain that you or someone you know will be afflicted with P.E.D. this year. “It's the equivalent of competing in the Daytona 500 where you're racing around the track for hours at speeds of 250 mph,” he said, “but then after the race you get stuck in traffic on the way home. It's tough to get used to.”

If you have ever seen the 1982 Sylvester Stallone movie First Blood, you know that the film is about the struggles of a former Green Beret who has trouble adjusting to civilian life after the Vietnam War. The point with that film is that the U.S. military trains people to do these very difficult jobs and then expects them to completely resume normal civilian life after their service is completed.

I don’t want to compare what political operatives do to war – obviously the two are not the same thing. Still, politics has been called a “bloodless war,” and it strikes me that it is unreasonable to expect a person to go straight from the maelstrom of political war, to being a normal functioning adult.

In preparation for this article, I spoke to many different political operatives and consultants. And every single one admitted some level of difficulty in segueing from campaign life into the normal world. A few of them agreed to share their struggles, as well as their secrets for coming off the campaign trail. Here’s what I learned:

The first thing usually mentioned is family. While political practitioners are political junkies, their families are usually not. As you can imagine, politics is not a normal 9-to-5 job, so spouses and other relatives often do not understand the life of a political operative. And even if they do, there is still a period of adjustment that occurs when a spouse is suddenly around the house again.

Gary Marx, who served as conservative coalitions director for Bush Cheney ’04, and consulted for Mitt Romney’s presidential campaign, believes political operatives must go through what he calls “political detox.”

Like a military family with a family member coming home from service, there is also an adjustment that needs to be made when the spouse comes home from a long political deployment with P.E.D.. “It took her a while to get used to me being around,” Marx admitted, referring to his wife. Marx’s sage advice to those just off the campaign trail: “Go somewhere where you don’t get cell coverage.”

Glen Bolger, who is a partner and co-founder of the polling firm, Public Opinion Strategies, poignantly recounted his own struggle with P.E.D. after the 2006 campaign: “For the first three weeks after an election, I go through Blackberry withdrawal. I still get emails, but not the hundreds per day. However, I still keep checking, figuring it is not buzzing because something is wrong. And something is wrong -- with me. Around Thanksgiving I tend to move out of my hyper-Blackberry-checking phase.”

Causing even more problems, families often look forward to the end of Election Day, only to find out that the campaign hasn’t really ended. According to Matt Rexrode, a partner at Meridian Pacific, Inc. in California: “After every election my family always schedules something too close to the Election Day. I warn them about absentee ballots but they never care. They think the job ends at 8pm on Tuesday. Absentee counting almost always gets in the way. I will be at Disneyland or some other place constantly looking at my blackberry to find out the results.”

Many other operatives never go through “political detox,” because they simply can’t quit campaigning. Campaigns are addictive, and often cause some operatives to actually be afraid to quit working: As Gary Marx told me: “After the ’04 campaign ended, a bunch of folks went straight into the inaugural, and everyone I know who did it regretted it.”

So why do they do it? One one hand, there is no doubt that operatives crave the rush they get on a campaign. “It's like an athlete retiring from competition and transitioning to another career,” says Republican National Committee Vice Chair Frank Donatelli. “The highs can never equal the roar of the crowd.”

Others get used to the friends and busyness. Jennifer Hoff, a Michigan political operative who worked on Dick DeVos’s 2006 campaign for Governor of Michigan told me that after the campaign: “Mentally I knew that I needed to get away and get some space to clear my head, but I didn’t really want to be alone. Things were too quiet, too still. I found myself only wanting to talk with fellow campaign staff because they were the only ones who could relate to the emotional roller coaster I was on.”

But, as Donatelli notes, ultimately “… most political junkies know that they cannot sustain a campaign's pace indefinitely and that a more normal lifestyle and enhanced job security are more than adequate substitutes for the spotlight.”

Media advisor Paul Wilson confesses that for 20 of his 31 years as a professional consultant, he ended the campaign season with a serious case of “post-election depression.”

According to Wilson, “After a few days of calling the winning campaigns and congratulating the staff and client on how brilliant we were, I would find it hard to come in to work.” Then the later effects of P.E.D. started to kick in, “I found it hard to put the files away. Hard to work on "next year's business" or hustle for new clients. I came to realize I defined my self worth by how important I was to these campaigns, and, I now realize, how important they were to me.”

Wilson’s advice to consultants and operatives … “is to get a life-- a real life that expands your horizons beyond just elections. Enjoy your kids. Your spouse. Volunteer a lot. Don't make elections who you are. Define yourself as a more total person and two things will happen. Your family will be a joy to you. Elections will continue to inspire and intrigue you. But most of all, you will look forward, as I have in recent years, to the election being over because the time is so enjoyable.”

And just as an alcoholic will always be a “recovering” alcoholic, P.E.D. sufferers will fight a lifelong battle to keep from relapsing. Tony Gius worked on elections for two consecutive years. In 2004, he worked for Bush/Cheney as Deputy Regional Political Director, and then he served as Deputy Campaign Manager for Jerry Kilgore’s gubernatorial bid in Virginia in 2005.

Since then, every year around Labor Day, he tells me he starts having withdrawal symptoms:

In my experience, right after Labor Day weekend your body gets weird and you feel antsy. It's like your body has prepared itself for the Labor Day through Election Day sprint and you don’t really know what to do with all that energy. I told everyone that I was going to be watching the returns on my couch just like a normal person, and it took about 10 minutes after the polls closed for me to be on the Sec. of State's website looking county by county (at) what precincts had come in, talking to friends on the campaigns and seeing what their sense was. I had turned into that guy that I hated getting calls from on Election Day. I am still not a normal person.

Little has been written about this phenomenon. But I have no doubt that “post-campaign depression” will one day enter into the broad political lexicon. One Republican operative joked with me that ex-political operatives should receive special benefits in return for their service. While we can joke about it, the fact is that campaigns are very stressful, and they do take a toll on your body and your emotions. One can only hope that the idea of “going Postal” doesn’t one day turn into “going Political.”

For me, personally, I would equate Election Day to Christmas. Often the buildup is the most exciting part, and the climax is, in fact, anti-climactic. Although campaigns are grueling, I have also equated them to vacations, in the sense that you get used to always having something to do. When you get back from vacation, you have to deal with the onset of ennui for the first time in a long time. That happens after Election Day, too.

While there are no sure-fire secrets for beating P.E.D., it is important to understand that there is a period of adjustment that every campaign operative must go through. Who knows? Maybe halfway houses are needed?

If a loved one is suffering from P.E.D., you can help. Had it not been for the help of a friend, Kevin Madden might not have recovered. “I remember after the Bush-Cheney re-election campaign ended, a bunch of us that all worked together in Steve Schmidt's communications shop were invited to different Christmas parties around town,” he recounted, “We were so used to just talking to each other and seeing only each other every day for over a year that we ended up standing around in corners at these parties, again only talking to each other. Until Ben Ginsberg approached the group at one of these parties and said ‘Guys. It's over. It's okay to actually talk to other people now.’”

Much like dealing with a breakup, or the loss of a loved one, getting over P.E.D. takes time. One day you wake up and find that you didn’t check your Blackberry in the middle of the night -- and didn’t dream about the campaign. That’s when you know you’re getting better.