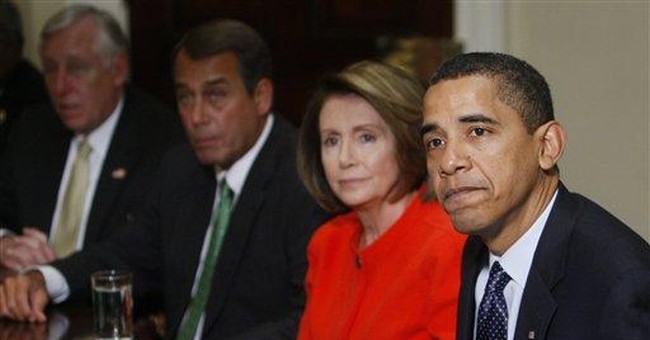 Well, the high-sheen veneer and cult-of-personality euphoria surrounding America's new oratory endowed president looks to be dissolving rather quickly. While millions had hoped for a political "messiah," it's fast becoming evident that, instead, we've stuck ourselves with an extreme leftist ideologue whose brand of "change we can believe in" is, in fact, "change we never imagined." (Sorry to burst the Barack bandwagon bubble, but I say it like I see it.)

The examples are piling up in terms of the radical pro-abortion polices he's planning to implement, the many-times-failed Marxist fiscal policies he's promised to test yet again, and – relative to his national security goals – the noxiously naive peacenik policies that have Mahmoud and Osama giggling themselves to sleep at night.

But on issues involving marriage, family and sexual morality, Obama's been even more brazen than some of his most ardent detractors could have expected.  Literally within minutes after he took the oath of office, the official White House webpage was updated – under the heading of "The Agenda: Civil Rights" – to detail his wholesale "support for the LGBT (homosexual activist) community."  His stated plans include the following:

The gravity of this situation cannot be overstated. Right out of the chute, Obama has told the world that he is signing off, without exception, on every demand of the extremist homosexual and transsexual lobbies.

The radical homosexual agenda and religious/free-speech liberties cannot occupy the same space.  It's a zero-sum game.  When 1-2 percent of the population is granted exclusive rights based on the aforementioned deviant sexual proclivities and changeable sexual behaviors – to the detriment of everyone else – that's called tyranny of the minority.

Obama recently said, "I don't want to pit Red America against Blue America. I want to be President of the United States of America."  Well, Mr. President, remember that whole “actions versus words” cliché?  Your words ring hollow and your actions speak volumes.  Every policy you promise to implement does exactly what you've denounced.  Both your actions and your words very much pit Red America against Blue America.

For all the talk of "hope," "change," and "coming together," it's becoming abundantly clear that Barack Obama's administration will be the most leftist, divisive and discriminatory in recent memory. I suspect the immediate, stark and in-your-face revisions he's made to the White House website are a metaphor for what we can expect, in terms of broader policy, from his administration.

Obama said in an August 19, 2008 speech: "Change doesn't come from Washington. Change comes to Washington."  Well, radical change in the form of Barack Obama has certainly come to Washington.  Not just in terms of the man's skin color – which is historic and most encouraging – but in terms of his exceptionally extreme and demonstrably dangerous liberal policies (not so encouraging).

So it would seem that change does in fact "come from Washington." Change more radical than our nation has ever seen.  Change our founders could have never imagined.

People of faith, conservatives, and those of you with traditional values: hold on to your hats – it's going to be a bumpy four years.